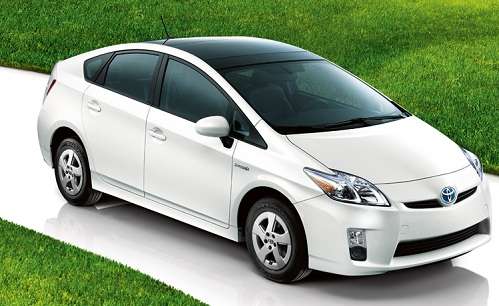 Conventional cars and conventional power modes are leaping forward at such a rate, they may slow the market penetration of alternative energy vehicles, according to a Jeff McMahon article on Forbes.com May 21.

“If I continue to develop the conventional vehicle - which is an internal combustion engine with an electric motor to improve its efficiency by gaining access to the waste energy by the recombinant braking, with a blended biofuel and whatever things happen over the next 30 years - will an electric vehicle really displace that?” Capuano queried. “If the electric vehicle takes a long time to develop? Timing is everything in a competitive environment.”

Also addressing the small group at the University was Bill Reinert, designer of the Toyota Prius, who stated the internal combustion engine is not going to disappear.

By capturing waste energy, the Prius has raised the efficiency of its engine from the previous average of 23 percent to over 34 percent. He indicated there are engines in research labs attaining efficiency over 40 percent so the productivity of the combustion engine in the hybrid application has nearly doubled.

“In a Prius, in an 18-pound gas tank that’s 450 bucks, I can get you 600 miles or thereabouts,” said Reinert, currently the national manager of Toyota’s Advanced Technologies Group. “In an electric car, the battery is somewhere around $15,000 to $25,000 and it will take you about 100 miles, maybe, on a good day if it’s not too cold and not too hot. There’s a giant difference in energy density.”

The reason combustion engines replaced electric motors in the early 20th Century was the relative amount of energy derived from oil cheaply. Though the price of gas is high the yield of energy is still a positive factor.

Electric cars powered by coal-fired generators are really no cleaner. They require solar, wind or hydro-electric power to be emission free.

Nuclear power is even more questionable after recent events in Japan. Greenhouse gasses may be nasty, but they will go away as we change the equation. Nuclear wastes remain for thousands of years – they just don’t evaporate.

The long closed reactor at Fort St. Vrain in Colorado was knowingly built on a fault line. There’s a fair chance many of America’s nuclear facilities are susceptible to irreparable damage from earthquakes as those in Japan have proven to be.

So honk your horn if you’re driving a Prius. It may be the car of many tomorrows – right here and now.

Armen wrote on May 23, 2011 - 3:10pm Permalink
So basically the same car companies may hurt their alternative fuel lines by improving their combustion engines. But what else can be done? EVs are not developing that fast so that the car manufacturers can avoid improving combustion engines and fully committing to developing alternative fuel engines.