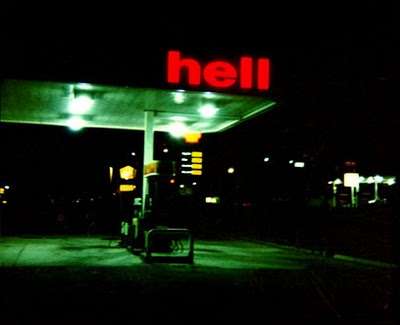 From Monofuel to Multifuel - Finding the Best Future for Automotive

The fuel of the future will not be singular, as it has been in the past, but will instead be a family of options working together to change the way we drive.
Advertisement

For the past several decades, we have been locked in a monofuel world in which petroleum has dominated the market. Oil is pumped out of the ground, shipped all over the planet, and refined into diesel and gasoline for use in the vehicles we drive.

Few other options exist and even today, despite environmental, political, and economic barriers to the continual use of petroleum, it is the overwhelmingly dominant fuel source for our transportation.

Much discussion is made of how this can be changed. Too often, that discussion devolves to argument and evangelism for one way of doing things. A host of options are ignored as one or two solutions become the focus of the argument.

Ignoring all options is the epitome of stupidity. Trading one fuel for another just creates a new monofuel world – a paradigm that begs for more fuel tyranny. The choices are laid before us, but many cannot understand that we do not have to choose just one.

A Regional Approach
Larry Burns is a man with a long list of credentials. He is the former head of R&D at General Motors and currently a Professor of Engineering Practice at the University of Michigan. He is also the Director of Sustainable Mobility at the Earth Institute of Columbus University. He spoke at the ARPA-E Energy Innovation Summit in Washington last month and presented something he calls “the power of And.”

The automobile is unsustainable without transformational change. There is a transformation opportunity surfacing. When we take the new DNA – electric drive, diverse energy sources, self-driving and driverless, connected and coordinated, vehicles with a specific purpose – we can put them all together to rethink the entire system.
-Larry Burns

Burns is right. Propulsion and automotive technologies should work together and be cooperative rather than at odds. Rather than focusing on one solution as the “cure” - battery electrics, hydrogen fuel cells, natural gas, biofuels – why not use them all?

Attempting to replace oil with only one option is just using the same one size fits all paradigm we currently have with gasoline and diesel. We refine oil a little bit and get diesel, or a lot and get gasoline. Either way, we're running our vehicle on oil. Swap that for batteries and.. you're just running your car, again, on only one fuel.

A regional approach would be much more holistic and sustainable.

For example, if all cars are battery electric and a person lives in an area with a struggling grid or few choices in electrical production, then a battery car requiring recharge will be a problem, not a solution. In that same area, however, natural gas, hydrogen, or biofuels might be more pragmatic. The reverse may also be true, of course. If methane is the only option, then those who live where it is not readily available will have the same issue, but may have easier access to renewable power sources.

Earlier this month, I spoke with Britta Gross, also of GM. She is Director of Global Energy Systems and Infrastructure Commercialization there and she deals with fuel as her major concern. She agrees that one solution is not going to work. Several will have to come together.

I offered a scenario in which GM builds not one car with one engine, but one car platform with several propulsion options. One model, say the popular Cruze platform on which the Volt is based, would have several drive train iterations. Cars shipping to one part of the country might burn or otherwise use natural gas while others to a different part would be battery electrics and still others might be diesel engines capable of burning biodiesel or grease. She agreed that this holistic, regionalized approach would be more likely to result in wider alternative fuel adoption than would our current, relatively singular approach to it.

Infrastructure, No Matter What
Infrastructure, she says, is the key. No matter the fuel, it has to have infrastructure behind it. Electric vehicles require more grid stabilization (and in some areas, a total grid revamp if they become very commonplace) and charging stations – both in-home and public.

“The choice is where you spend the infrastructure money. You can spend it one garage at a time at three or four thousand dollars a pop or you can build it all in one location at several hundred thousand dollars, servicing a couple of thousand vehicles or more,” said Gross. “Either way, money will be spent on infrastructure.”

Her point is simple: whatever choice we make in fuel options, there will be costs associated with it that go beyond the sticker price of the vehicle.

Once scaled to a reasonable level, nearly all of these choices have roughly the same price tag. The cost for one natural gas compressor and filling station is about the same as the cost of a couple of thousand charging stations. Both are likely going to have more costs up the line as power grids and gas delivery systems are installed or upgraded. The same goes for hydrogen.

Combustion fuels and petroleum replacements, such as biodiesel, various forms of ethanol, etc., have an advantage in this respect in that their delivery infrastructure is already in place. As a complete replacement for petro-based fuels, however, they have other negatives.

Aiding Efficiency In a Multifaceted Approach
Other gains to efficiency are coming thanks to the advanced technology and engineering we enjoy today. Vehicles are lightening and becoming more aerodynamic, engines are vastly improved, and more.

At the same time, driver-assistant technologies are being researched and implemented to improve safety and efficiency as well. Currently, live testing for “Road Trains” and similar connectivity tech to bring cars together on the highway, linked as one – improving both driver fatigue and accident rates – is changing how we view our commutes. Self-driving cars are not just a sci-fi dream, but have become a reality thanks to Google, Audi, and others.

At the same time, self-parking and other automated systems are working to reduce the number of “fender bender” accidents and take stress off of drivers. The logical progression of this will be “automated valet”-style parking areas in densely populated environments where cars can “stack” tightly together and then move to extract the car requested in the same way valets will do it today.

Other wider-range networks are allowing cars to synch with the world and this will only continue improving. Currently, in-car systems can report on traffic, weather, and more in real-time. This is headed towards a goal of having the vehicles intelligently communicate and react without much driver input.

All of these things, and others not mentioned, are improving not only the safety and driveability of our vehicles, but their efficiency overall as well.

The End Goal is Not the Interim Goal
Whatever our end goal in terms of vehicle power train and overall technologies, it's important to remember that a single-minded focus on that goal ignores important aspects of anything done collaboratively. Namely, it ignores the individuals involved, who may or may not be required to make sacrifices towards the goal's achievements.

While sacrifices and change are inevitable, forcing them on someone is not morally justifiable. Even if it appears to be beneficial to the whole group, if you require – without choice – one person or group of people to sacrifice for the good of the whole, you are committing an act of force - requiring servitude.

No matter the justification, this cannot be seen as moral or even “fair.” Forcing others to do things against their will is to act as a slave master. It is, in fact, the very definition of that term.

To avoid this, a multi-faceted approach to infrastructure and interim fuel changes will be required. Rather than single-mindedly pursuing one energy source, as we have with petroleum, we should diversify into regionally-based sources, which has advantages both economically and in sustainability.

By utilizing the myriad of fuel options around us, we can remove ourselves from the dangerous “one size fits all” paradigm we are currently under and take advantage of the huge amount of resources available to us – many of which are renewable and sustainable.

This will require that we collectively step away from the competitive intellectual head butting we tend towards and instead allow ourselves to embrace all of the things that can ultimately end our dependence on oil, OPEC, and heavy pollutants.