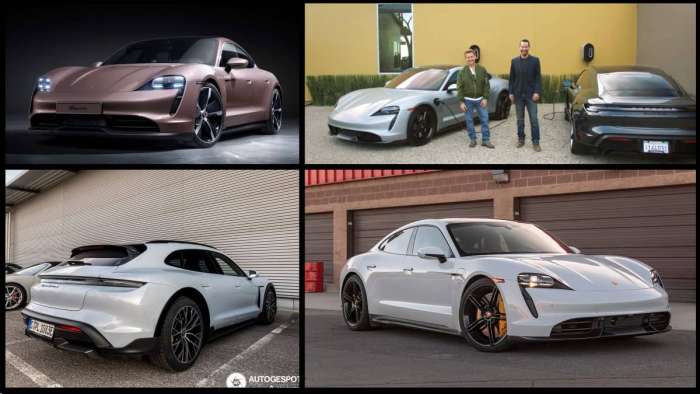 Porsche Taycan: A Gem In The EV World

The Electric Vehicle market is dominated by cars that largely appear the same. No offense meant to the folks at the big manufacturers we know and love, like Tesla, Ford, Chevy, and Toyota, but the current EV offering is just not exciting, at least from a visual perspective. Sure, the Plaid mode Tesla has some insane speeds, but it just doesn’t hold an aesthetic candle to the light that is the Porsche Taycan.
Advertisement

The Porsche Taycan is a new kid on the block of Electric Vehicles. This performance vehicle is solely electric without a drop of gasoline in her veins. The racing electrons that push this sweet chariot of mechanical perfection to 161 miles per hour, and that give it a 0-60 mph rivaling that of such legends as Porsche’s own 918 Spyder, come from its 800 Volt battery that is estimated to give some models a cruising distance of almost 300 miles.

One of the aspects of the Taycan that make it stand out compared to its competition, like the Tesla Model S, is its clear sports car aesthetic. While the Taycan is offered in sedan and wagon styling, with the wagon being called the Cross Turismo. Porsche has used their familiar fascia on the Taycan, giving it the sort of bubble-eyed headlights and the sweeping curve of the hood. I’d be willing to wager that sitting in the driver’s seat offers a superb view of the road ahead. 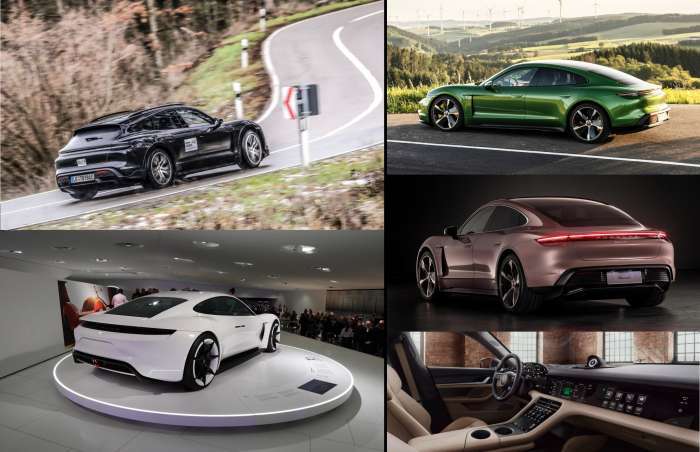 The sedan model of the Taycan has subtle, sloping curves that are reminiscent of a fastback design; with very little in the way of a trunk lid and instead a large expanse of glass and fairly slight supporting architecture that still comes across as sturdy and sound, despite its minimalist presence. In the Cross Turismo version, this expanse is replaced with a robust, spacious cargo compartment. It’s also got about three quarters of an inch extra clearance under it than does the sedan. The rear lights of the Taycan stretch from one side to the other, offering excellent visibility to the folks behind you, whether in fog, the dark of night, or blinding daylight. Many people anthropomorphize vehicles, allowing the lights to provide eyes and the bumper shape to form the mouth. If this is the case, the Porsche Taycan is a smug cyclops, gazing back at its vanquished foes as it speeds on.

The Taycan has two motors, one to the front and one to the back wheels, with each having its own transmission. The motor to the front wheels uses a single speed transmission while the rear tires get a two speed that is supposed to make driving the car an absolutely exhilarating experience. Having two different gearing ratios should allow a driver to have greater control over the rear of the cars, which is very important for certain types of precision driving, like drifting. I have yet to take one of these magnificent beasts out for a test drive, but should I get the opportunity, I’m excited to see how the transmission actually performs for my purposes.

The lavish interior is full of aesthetically pleasing curves and lines that work together to make a masterpiece of comfort. Several large displays are visible to both passenger and driver, but do not obstruct the road despite their size. For some, the huge amount of technology may seem a little daunting. Which of the many screens is to be used to manage the music and phone interactions? 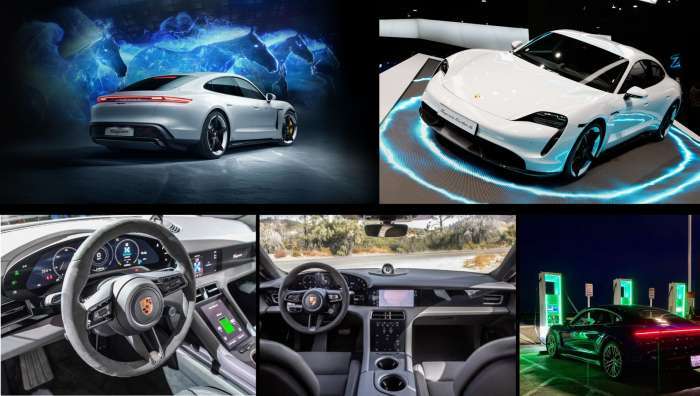 In a previous article, I discussed self-driving cars and why I am nervous about them. Porsche has included their own take on an autopilot system. They call it the Innodrive, and it utilizes lane keeping and Adaptive Cruise Control to monitor up to 1.8 miles in front of the vehicle and safely navigate hazards for the driver.

Possibly the coolest, to me, innovation that is included in the Taycan is a thermal/night vision mode that activates in the driver’s display, giving a heads up of potential pedestrians and animals crossing the road at night that drivers might otherwise have a difficult time noticing. This heads-up should help to prevent many accidents, even if the semi-autonomous driving features, like Innodrive, are fairly limited in the applications.

People who have difficulty parking will also take joy in knowing that the Taycan has utilized Porsche’s brilliant design acumen to make the Taycan park itself for you, using its patented Active Parking Support. It also makes parking yourself even easier with Surround View and a suite of hazard detection innovations, like Maneuvering Assist, Exit Warning, and Exit Assist.

In all, the Taycan is a stunning piece of hardware with driving in its blood. It looks like an amazing drive, and I hope I’ll get a chance to put one on the road sometime soon.