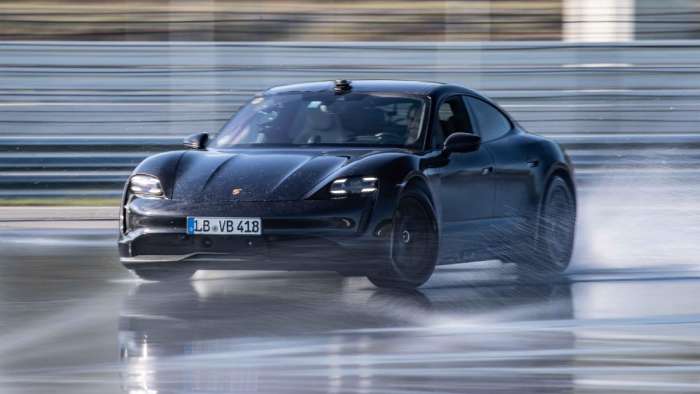 Who knew the Porsche Taycan was a factory drift missile?
Advertisement

Chris Harris is likely the most well-known automotive journalist in the world. His most famous work is from writing and test driving for Top Gear along with his series "Chris Harris On Cars". Harris is also an accomplished racing driver.

He is one of few journalists in the world who have a professional racing license for the Nurburgring, which is why Porsche welcomed the idea of having him attempt the world record for a continuous drift in an EV. 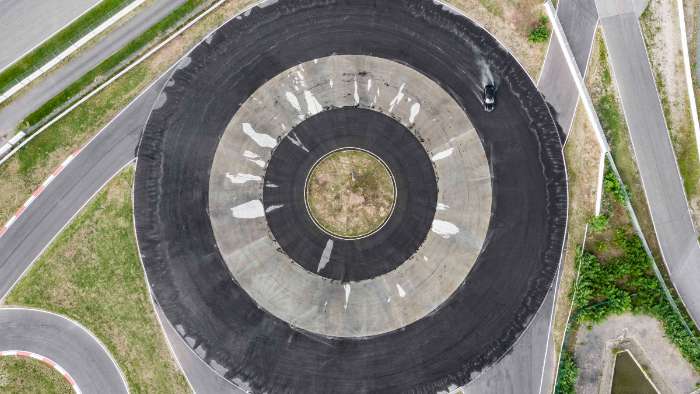 Porsche lent Chris and his team a special two-wheel-drive variant of the Porsche Taycan for his endeavors and brought them to the Porsche Experience Center Hockenheimring.

This was the real deal. The Guinness World Records team was present in numbers, a Porsche driving instructor showed Chris the ropes, and the drift pad was perfectly set up for his record attempt. 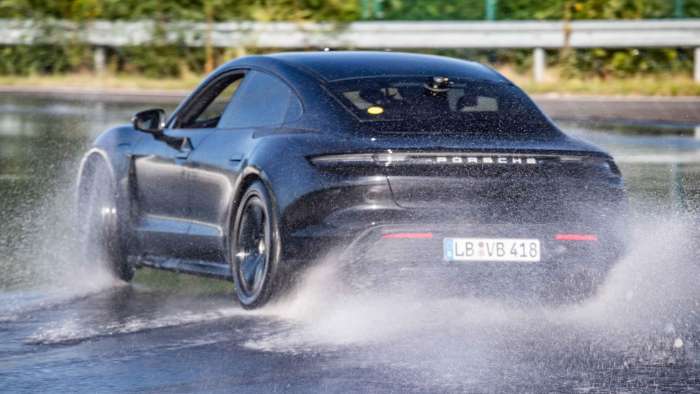 Harris did a few practice rounds, a couple in the passenger seat, and a couple in the driver’s seat before the official runs. Once at the starting line, the Guinness World Record people reminded him that he only had 3 tries to do enough continuous drifting laps to break the record.

The most that had ever been done before Chris attempted was 16. As soon as he began he realized how easy the instructor had made it seem. In fact, Harris was getting dizzy and nauseous from the repetitive motion going around and around, constantly moving his upper body to keep the steering in the right angle. 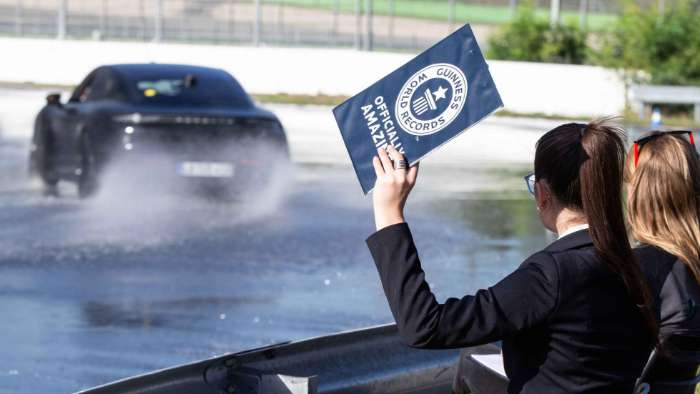 Though you knew he could do it. And that he did. On his second attempt, Chris Harris completed 18 laps and killed the record. For the duration of the drifting, both Chris and his instructor couldn’t say enough good things about how well-balanced and easy it was to handle the powerful EV.

After Chris’s moment, his Porsche instructor, Dennis, went out and gave it his best shot. Unsurprisingly, the guy that had been doing this for months and months absolutely destroyed Chris’s record. Dennis ran the Taycan until it literally ran out of juice.

211 laps was his final count, obliterating Chris’s record and setting a new one that will be difficult to beat for any human being.

All Pictures Courtesy Of Top Gear