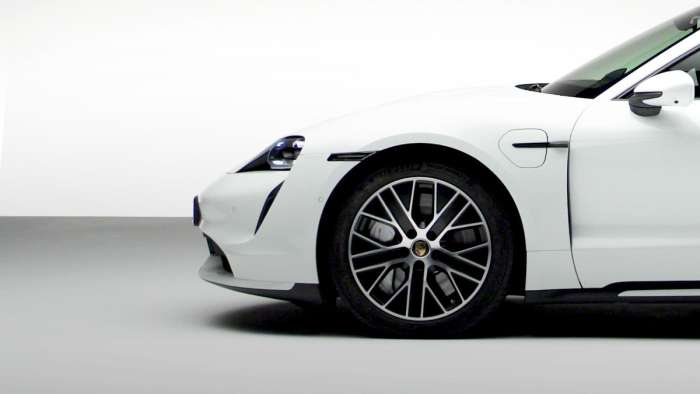 As the investigation into the 2020 Porsche Taycan car explosion in Florida begins, Porsche owns up and is preparing for what's next.
Advertisement

Years ago when the Tesla Model S was plastered on everyone's feeds for months and the car had just begun to hit the streets, several caught on fire and turned the company into a bad investment lesson. But since their stock price nightmare, the the company has done exceedingly well and proved that they moved past that. I mention this because just about a week ago, customers finally started taking delivery of their brand new Porsche Taycans, and already, we have had a very hot incident arise.

The details are hazy at the moment but a recent Electrek.com report stated that on February 16th an owner of a brand new Porsche Taycan found their garage and $150,000 sedan engulfed in flames in South Florida, USA. As videos of the aftermath show, the car was nearly completely burned to the ground and large parts of the garage/house were severely damaged. Other details have been kept private at the request of the residents which is to be respected at this time.

What we do know from the initial report is that they claimed the Taycan simply exploded and subsequently caught the enclosed garage on fire as well. We are all happy that nobody was hurt, and so is Porsche. While the brand has not come forward with any claims about the source of the fire, they have at this point, confirmed that the car displayed in ruins is in fact one of their production Taycans.

A Porsche official made a statement in a Porsche electric vehicle forum explaining their current thoughts on the issue. Along with confirming the cars identity, Porsche Taycan product spokesperson Calvin Kim wrote: “Thankfully, there were no reported injuries. The investigation just started, so there’s not much more information to provide.” Obviously, an investigation is looming and answers will soon be brought forth, but this stage of the event is a crucial and delicate time for Porsche’s PR team. Here’s what I mean.

If Porsche was to come out and say that their technology is incapable of catching on fire or that their testing says otherwise, it could prove to be problematic after the investigation is done. There could be a design flaw in the cooling systems of the Taycan that Porsche hadn’t seen before and their misinformed claim would give their PR a bad name.

Porsche PR: Moving Forward
Truly, the damage has already been done and if it was a defective car, then Porsche should be praying that it wasn’t their mistake instead of making any statements. So far, spokespeople have been smart and kept any speculation to a zero, and kept their “thoughts and prayers” rhetoric to a maximum.

Wishing the residents safety and waiting for the conclusion of the investigators is a move I think will pay off in the long run even if it turns out their car wasn’t the source. It puts on a lasting picture of trust between the company, its current customers, and even future customers. Porsche has always had good PR representation and this situation gives them another chance to prove their worth. What do you think happened?

DeanMcManis wrote on February 20, 2020 - 10:06pm Permalink
I am always extremely skeptical about these stories about automotive electrical fires. Sure, this is a new EV product for Porsche, and lithium-ion batteries can have thermal runaway. But generally there are safety design elements specifically set up to prevent battery fires. The only exception is extreme damage due to accidents, which is no worse than with gasoline powered vehicles. How many garage fires are there each year? Thousands +. We do not really know yet if the Porsche was a source of the fire or just a victim of a common garage fire. Several EV garage fires have ended up being due to poor electrical wiring. So for the moment I am going to view this as the typical press/internet mis-direction designed to slow the adoption of EVs. (FUD) Porsche is smart in not denying the issue, while not taking blame for it either.