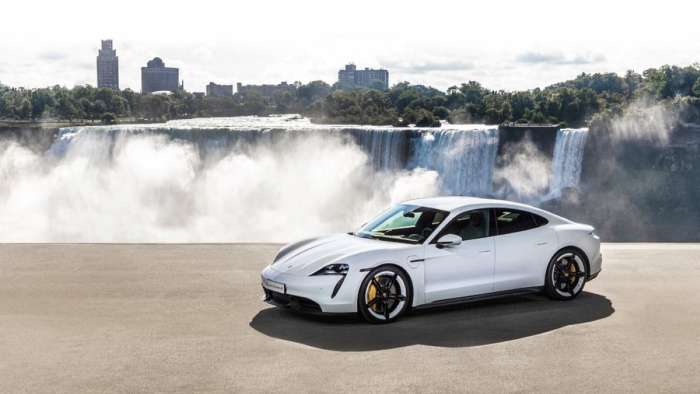 Bigger batteries for electric cars mean more weight. But conventional automakers haven't developed batteries that are as light and cheap as Tesla's.
Advertisement

The latest electric cars come with giant batteries, often up to 100-kwh, or enough to run a hair dryer on hot for almost 3 straight days.

That can be a great thing for range, giving cars like the Tesla Model 3 and Model X more than 300 miles between charges. But the picture isn’t all rosy.

Those same 100-kWh modern cars are so heavy that they compromise one of the main reasons for electric cars’ existence, their efficiency.

Where the average new gas car got just 24.7 mpg in 2017, the average electric model gets 117 miles per gallon equivalent. That is, it uses the same amount of total btus of energy as a car that got 117 mpg.

Some of the latest luxury models with big batteries aiming for such long ranges, however, miss their targets at least in part because the sheer weight of their batteries makes them inefficient.

So far, the problem mainly shows up in new luxury products from the Volkswagen Group, a company that has expressed such commitment to electric cars that it says it is already developing its last line of internal combustion engines, expected to reach the market in 2025 or 2026. 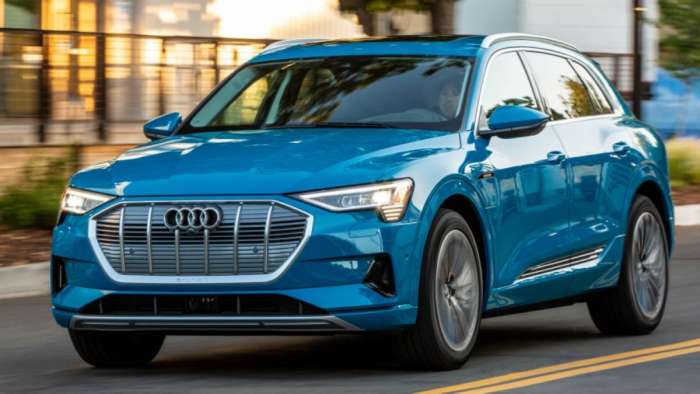 With its 95 kwh battery the 2019 Audi e-Tron gets just 74 MPGe, and a resulting 204 miles of estimated range. That’s a tough sell against the 2020 Tesla Model X Long Range which gets an estimated 328 miles from its 100-kWh battery. Clearly, Tesla knows a thing or two about battery efficiency.

Porsche’s new Taycan “Turbo,” with a 93-kWh battery pack, mounted under a sleeker, low-slung body, does even worse: 69 MPGe. That’s closer to the 54 mpg of the Toyota Prius Prime with a gas engine than to the 108 mpg of the Nissan Leaf. 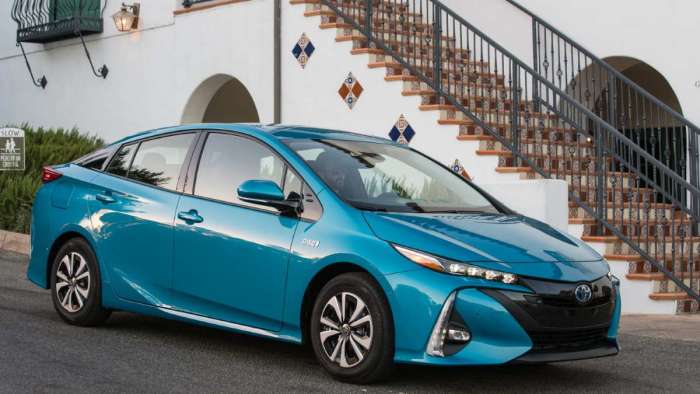 By comparison, the 76 MPGe estimate of Jaguar I-Pace, which debuted in 2018 with what already seemed a pretty paltry range of 234 miles for a brand new $90,000 EV, seems positively efficient.

Some observers have argued that the EPA estimates aren’t all that accurate for electric cars, but they do offer a meaningful comparison among models. Teslas have to pass the same tests that the Jaguars, Porsches, and Audis do.

One big factor is battery weight. Audi lists the weight of the e-Tron’s 95 kwh battery pack at 1,543 pounds. The slightly bigger 100-kwh pack in a Tesla Model S or Model X is estimated to weigh 487 pounds less.

This weight advantage does a long way to improving the efficiency of Tesla’s cars, which can help them go more miles from the same battery capacity.

If traditional automakers hope to catch Tesla with their electric cars, they need to press their battery suppliers to develop lighter batteries that can go farther in a car, with less weight.

Timothy Parker wrote on February 6, 2020 - 10:31pm Permalink
A quick internet search indicates that a Tesla Model S 75 kWh battery weighs 1200 lbs. A Chevy Bolt 60 kWh battery weighs 960 lbs. On a per-kWh basis, these are the same weight, as is the per-kWh weight of the E-Tron battery. It sure doesn't seem to be that a Tesla battery weighs any less at all.
DeanMcManis wrote on February 7, 2020 - 1:36pm Permalink
Weight per-kWh is not less, but efficiency is much less. So battery weight verses range is lower in the Tesla models. The Model Y is currently the most efficient crossover, rated at 121MPGe combined, which is considerably better than the E-Tron or i-Pace, but the Kia Niro is rated at 112MPGe combined, and the Chevy Bolt manages an impressive 119MPGe. One point about the German EVs is that their battery design includes a charging buffer. For example, the Taycan Turbo and Taycan Turbo S have a 93.4 kWh battery, of which only 83.7 kWh is usable. This conservative design is engineered to maximize battery life, because fast charging to 100% capacity can shorten battery life, as shown with the older Leaf models. My Chevy Volts and ELR had 16.5kWh a Battery, but 100% charge only used 12.5kWh, but the difference is that the smaller battery is more commonly filled to max daily, whereas a bigger battery like the Model Y or Bolt uses will rarely be filled to 100% and run down to empty. More commonly drivers will charge to 50-80% at home every couple days or so. I recently spoke with a Tesla battery engineer, and he said that their goal was to be roughly 2 years ahead of their EV competition. In a couple months Tesla will be announcing some real advances in their battery technology, like their million mile battery, and their dry electrode manufacturing technology which will lead to cleaner, cheaper, longer lasting, and more energy dense batteries.
Timothy Parker wrote on February 7, 2020 - 2:58pm Permalink
All good points, though I was referring to the quote "Bigger batteries for electric cars mean more weight. But conventional automakers haven't developed batteries that are as light and cheap as Tesla's." My point is that it seems that batteries from "conventional automakers" are just as light as Tesla's batteries. But you are right in that the overall efficiency of Tesla's cars are higher, for now.
HarryS wrote on September 8, 2020 - 9:22pm Permalink
As my 15 Leaf S doesn't have a very usable charge timer like Leafs with navigation, I use a programmable timer for the charging station. The timer’s switch is rated 15 amps @ 120v, plenty for the L1 charging pack’s 12a. I set it to “ON” from 9:30p to 4:30a, when I get a 1¢/kWh EV rate from the power company. Regular rate is 14¢-22¢/kWh. The entire house is 1¢/kWh 9p-5a. Of course the house doesn't use much in those hours. If we were going to stay here I would try to find some worn-out EV batteries to build a power storage system to take advantage of that very low rate, then use it during the peak hours 11a-7p.