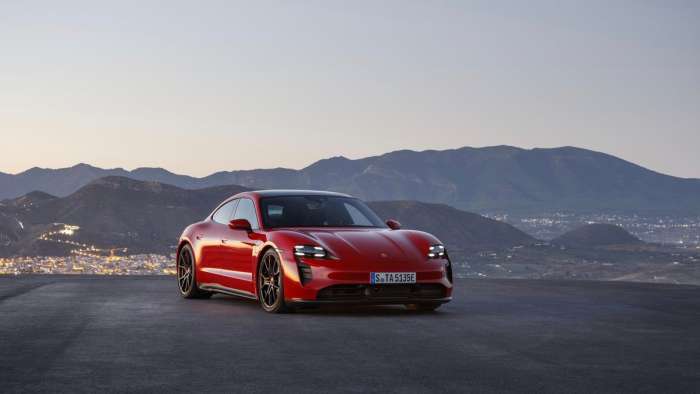 Russia's invasion of Ukraine is causing more problems for a European auto market only just rebounding from production slow-downs caused by the pandemic and semiconductor shortages.
Advertisement

Hot on the heels of the sinking of the Felicity Ace, which took an estimated $400 million worth of Volkswagens, Porsches, and Bentleys to the bottom of the Atlantic Ocean, comes the news that Porsche is being forced to halt production of the all-electric Taycan and other models due to parts shortages caused by Russia's invasion of Ukraine.

Wiring harness suppliers located in western Ukraine have had their outputs reduced to nil by the ongoing war of aggression waged by Russia, Reuters reports. Affected companies include Leoni, Fujikura, and Nexans, with around 7% of all wiring harnesses that go into cars built in the EU coming from factories located within Ukraine. 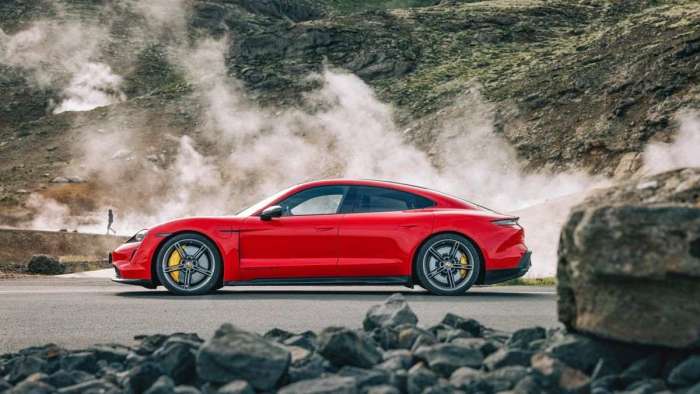 Taycan Production Halted
Porsche has been forced to halt production of all Taycan variants at its Stuttgart-Zuffenhausen plant in Germany until the end of the coming week due to a lack of parts availability, the company announced in a recent press release. The plant usually produces around 200 Taycans each day. An unverified internal email leaked on Twitter alleges that Porsche has already stopped some production of the Macan, Panamera, and Cayenne, though production will resume at a reduced rate at the Leipzig plant from tomorrow thanks to an "improved supply situation."

Read an article on factory closures due to the continued supply chain pressure in the automotive space. Shortly after, a friend in the loop sent me this… what this could mean for Porsche production… imagine VW Group, BMW, Mercedes’… used cars about to get even more pricey! pic.twitter.com/O263JS3O7h


Porsche's announcement comes amid production slow-downs and stoppages affecting VW, Audi, and Seat EVs which ride on Volkswagen's MEB EV platform. BMW has also been affected by the scarcity of wiring harnesses. The average mid-size car contains more than five miles of electrical cabling, and wiring harnesses are needed to organize it all.

Sanctions and The Retreat From Russia
Automotive News estimates that the lack of available wiring harnesses will result in production losses between 50,000-100,000 vehicles for the European automotive industry in the coming weeks and months, while the unprecedented sanctions levelled against Russia by the international community have caused many major manufacturers to freeze all exports to Russia.

Mercedes is reportedly worried about the loss of more than $2 billion worth of property inside Russia amid government threats of nationalizing the operations of businesses which choose to shutter their factories in response to the nation's latest attack on Ukraine. Renault is one of the few multinational car makers to have stuck by their Russian operations as the French giant is the majority owner of AvtoVAZ, manufacturer of Ladas.