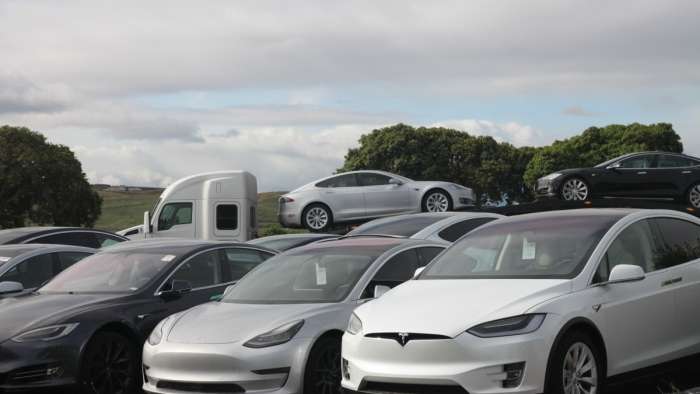 Some Model S And Model X Deliveries To Be Delayed; Amount of Orders Affected Is Unknown

It has been announced that some Tesla Model S and Model X deliveries will be delayed. Some Tesla buyers are saying their order is still set to arrive on time.
Advertisement

There have been reports that some orders of the newly refreshed version of the Model S and Model X have had their delivery dates pushed back. Elon Musk said in a February tweet that he was aiming to have production in full swing throughout the second quarter.

Delays are probably related to software

The delays buyers are experiencing with receiving their new vehicle probably have to do with the new V11 software update. It is less likely that these delays have to do with battery cell supply issues or other parts supply issues. However, Musk did have to shut down the Fremont factory due to parts shortages.

According to some Tesla buyers, the delivery status of certain vehicles remains unchanged. One buyer tweeted that his car's delivery date hasn't changed according to what it said on Tesla’s website. This buyer also claimed that Tesla was requesting financing on the car. The status of many orders could change in the coming days. This also could be a situation where Tesla simply has to scale down production for a month or so, but then will make up for this production snag in the second half of Quarter 2.

Some deliveries were pushed back

The status of some Model S and/or Model X vehicles were pushed back to later in April or May. One report says that the delivery window for the Model X should be from May through July. Putting the info from all these various reports together, it is safe to say that a slew of vehicles will be delayed several weeks.

Some Australian buyers might not have access to these refreshed Model S and Model X units until 2022. The delivery timeline in the U.S and Canada appears to be several weeks out for many orders.

How these delays could affect Tesla

These delays should not hurt Tesla too much and might not affect them at all in terms of their stocks. The Model 3 and Model Y made up for the low Model S and Model X sales last quarter. If demand is as high as some are saying, Tesla should be able to sell a lot of these new Model S and X orders in Quarter 2. The real question is whether the demand will be high for these Models in the years to come.

There is an appetite for the refreshed versions

For the past few months, there has been a lot of talk about all the new cars Tesla is going to come out with this year and next year. Despite the fact the delivery dates are being pushed back, there is still the sense that the Model S and Model X will be in the consumers' hands before long. At that point, we all can start to pick apart the strengths and weaknesses of the driving experience, software updates, and the usability of the new infotainment system with features like smart shift.