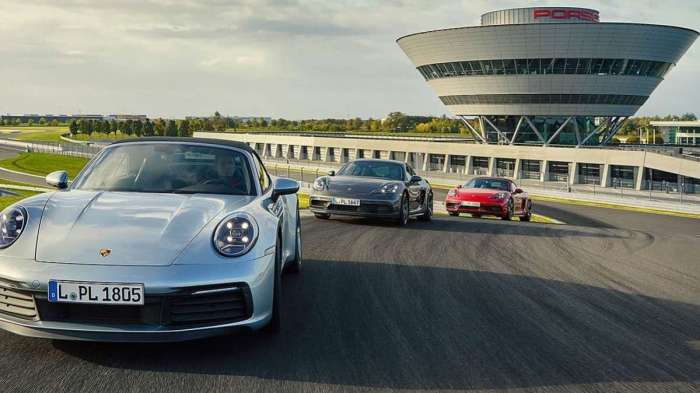 Porsche Posts Record U.S. Sales, How They’ve Turned It Around In The Last 25 Years

In the 1990’s, aside from them making decent cars, Porsche was in deep financial trouble. Now they are among the most successful brands in the world. Here’s how the company from Stuttgart dug themselves out of bankruptcy.
Advertisement

To enthusiasts, the word Porsche has a resonance that oozes luxury and success. See someone driving a new 911 and you start to wonder what their day job is or what investments they made as a young man or woman. To the general public, these preconceived ideas may reign true, however Porsche hasn’t always meant success to even Porsche itself.

How Porsche Emerged from Bankruptcy

It is hard to believe a company that has been so dominant in motorsports and had lines of companies waiting to sponsor their cars was once looking bankruptcy right in the stone cold eyes. But it’s true. Porsche had big problems to deal with within its own corporate walls. The company had just come out with the 964 911 and was cancelling their lower level cars like the 944 and 928. They couldn't afford to build the less expensive cars anymore as the build quality was held to such a high standard.

The Porsche 944 and 928 models were great, but selling them became more and more difficult. Choosing a GT car like the 928 over a Mercedes or BMW at the time didn’t make sense. The prices were high even for today's standards. An optioned-out Porsche 928 could have cost about $160,000 in today’s money and Porsche’s margin’s couldn’t support that kind of a price.

The Porsche 944 also suffered. Sales were not bad but demand for a cheap, front engine, rear drive sports car was being dominated by the Japanese market at the time.

Why wouldn’t Porsche just keep competing with those other brands?

The problem lies within the company. Until recently, Porsche has always been a very small, family owned company. They made beautiful hand-made sports cars but lacked the economic savvy that was required to get through a time like the 90’s. Enter Wendelin Wiedeking. Wiedeking had been newly hired as the CEO of Porsche during this troubling time. He was a firecracker when on the clock. He took no nonsense and knew he had to turn the company around. His first unpopular decision was to bring in Japanese designers and consultants into Germany to help the company become more cost-efficient.

Naturally the assembly workers didn’t take kindly to other car makers pushing their expertise onto such a “perfect brand” like Porsche. But the families that owned Porsche were desperate and Wiedeking gave them their only hope at success once again. So they trusted him, and rightfully so. Porsche went from losing half of their sales in the early 90s to making an $11 billion dollar profit in just 5 or 6 years time. The sales could be tracked down to the release of the 996 911 and 986 Boxster which was new in 1997. A new, toned down 911, and an open top roadster that had over 200 horsepower proved to be a formula that brought Porsche right out of the dark hole.

Every year since the turn of the decade in 2010, Porsche has grown linearly and become extremely profitable. The SUV’s of this past year have grown 7.8% with the Cayenne and 24% with the Macan in terms of sales for the Month of December. In December 2019 the Panamera posted a massive 78% increase since last year. Unheardof! These sales are the reason why the 911 and Cayman have become so good. Porsche sold 60,000 cars in the U.S this past year and that money can go directly to the guys and gals at the Porsche racing division. I guess it’s no wonder why every new GT 911 sets the production lap record at the Nordschleife. In fact, the Cayman used to be the little brother in the Porsche family. Here’s why the Caymant could be the 911 of the 21st century.

Also, check out my last story discussing the great history of Porsche 911 RSR and a new one making a debut this year. See you in my next story titled: The Porsche Speedster: The Story of The Roofless and Rare Sports Car.

Pete wrote on January 21, 2020 - 9:38pm Permalink
Especially since they have various vehicle types for the whole family! Only Porsche types that don’t exist that better not exist is a Porsche Truck and Porsche sportbike.
Frank wrote on January 21, 2020 - 9:39pm Permalink
Every Porsche fan wants a piece of 911, but it is not for everyone, even you have money. if you are married and have 2 kids. then Porsche 911 is not for you, Porsche Cayenne, Macan, Panamera are an alternative car for you. Off course you can buy 911 as weekend car, but I will feel depressed if I don't use it everyday.d
Mahogany Boyd wrote on January 23, 2020 - 12:07pm Permalink
I was bankrupt and i needed to start up my life again traumatized and depressed i went in search of a reliable loan company that will help me with loan at good interest rates and today i have my own business and am able to care for my family effectively, for affordable and reliable loans call (431) 804-7964 WhatsApp +1 4313007649 Email [email protected]
innewsweekly.com wrote on July 29, 2020 - 8:52pm Permalink
___123___Porsche Posts Record U.S. Sales, How They’ve Turned It Around In The Last 25 Years | Torque News___123___