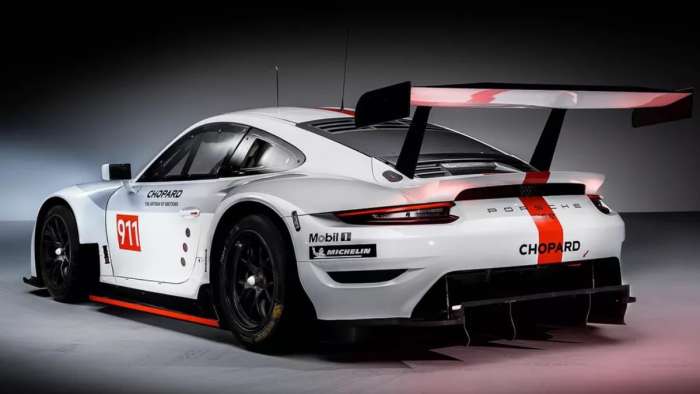 The Porsche 911 RSR Has A Great History, And The Newest One Makes Its Debut This Year

Homologation cars are an interesting thing in the automotive world. Manufacturers being forced to make road versions of their race cars could be the coolest thing that has ever happened to enthusiasts, and the Porsche 911 RSR is one of the most well known and sought after homologation cars in history.
Advertisement

This year, we see Porsche 911 RSR's newest version hit the track almost 50 years after the original car started the legend.

The Birth Of The Porsche Carrera RS

Contrary to the current era of Porsche in which they design and manufacture cars that are made to be wonderful on the road, the 70s was a time where going racing was priority #1. The 1973 Carrera RS road cars were only sold to normal people because Porsche wanted the RSR race car version to be homologated and race in the coming season.

The Evolution Of The 911 Porsche RSR

The 2.8 liter engine in the RSR race car is widely known as the famous, all-holy motor that won the first race of it’s debut season at the 24 hours of Daytona. But the car actually went through key changes soon after. That very same season the car got a bigger, torquier 3.0 liter engine that was put in for the running of that year’s LeMans. The 2.8 and 3.0 liter RSR brothers went on the dominate the 74’ Group 4 class that year which was filled with legendary cars from other companies including the Group 4 Panteras and the BMW e9 CSL. Not an easy feat.

That year of success gave Porsche the idea to put a smaller, 2.1 liter engine in the RSR and turbocharge it for the 74’ 24 Hours of LeMans. Turbos were not the fuel consumption cheating devices that we see today, they were a revolutionary piece of engineering back then and they proved it, placing 2nd overall at LeMans. The success that the turbo brought home to Stuttgart intrigued the race team to make the popular 934 and 935 race cars.

The legendary status of the RSR cars had already been solidified. Porsche had the basis to continue a name that now had multiple trophies and great homologation cars under its belt. So, of course the GT classes were cancelled from LeMans and left the RSR without any proving grounds. Call it a shame, but a break from dominating the field made the Porsche team that much scarier when it the GT classes returned in the early 1990’s.

As expected, the redesigned 964 RSR won LeMans in its GT class and was the perfect way to enter the new era of racing that the 90’s would bring. Then another postponing of the racing series caused Porsche to build the mythical 911 GT1 race car until the 996 version of the 911 was released and the RSR was to return again. The pattern in Porsche’s racing history is almost rhythmic. They dominated with a special RSR, then they can’t race, then they come back with a better car and do the same again until it's cancelled.

In 2020 we find ourselves at the “new car” stage. After a LeMans winning 996 and the dominating 997 and 991 RSR’s, the fabled car will now return to its original place of glory. The new RSR will run 47 years, and 18 wins later since their first 24 Hours of Daytona in 1973. The RSR has already proved to be a scorchingly quick car, posting the fastest lap times in the IMSA testing races. The only questions that we have now are- how many races will it destroy and when will they cancel the GT class again?

By the way, speaking of Porsche 911, I think the little brother in the Porsche family Cayman Could be the 911 of the 21st century. Check out one of my latest stories discussing how Porsche emerged from bankruptcy and posted one of the best U.S. sales.