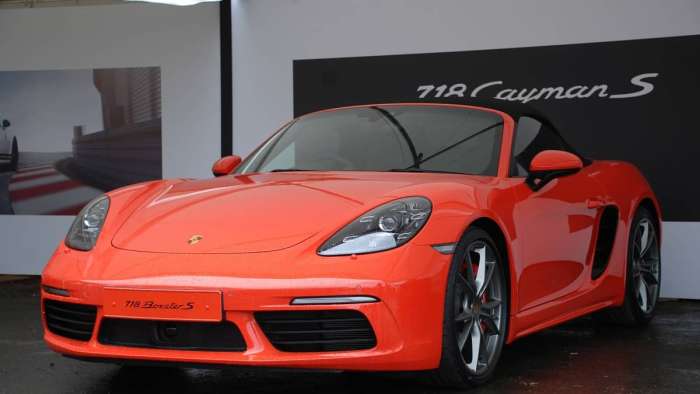 The Cayman used to be the little brother in the Porsche family. Here’s why it could be the 911 of the 21st century.
Advertisement

The Porsche Cayman wasn’t really a brand new car that came out in 2006. To some purists, the Cayman shouldn’t technically exist. To them it should be the Boxster. Even though the Cayman had key differences, the Boxster gave it the means to become such an athlete today.

When Porsche released the Boxster in the late 1990’s, it was their last attempt at a low powered, affordable, and true sports car of the century. From the amazing mid engine formula of the 914, to the front engine 924 and 944, the Boxster was supposed to be a German powerhouse that would save a company struggling with money. Its first iteration came with a Flat six engine making about 200 hp, revving to 6700 rpm- not to mention a timeless design. The power figure seems overly qualified for its class until you remember that the Mazda Miata was cheaper, lighter, and more fun with less power. Where did they go wrong?

Well, it took Porsche a few years to sort out the little car. The competition in the Miata and the Z4 of the same age was its biggest hurdle. In response, the Porsche got a little more powerful every year, a little more sophisticated in the suspension department, and the noise this thing made… was better than any 4 cylinder Japanese engine. The Porsche Boxster was engineered together along with the then-new 996 911, a car that had continuously been perfected over the years since 1968. No wonder that a car that was design along with the 911 was nearly perfected by the end of its first generation in 2004. (Which mid-engine drop-top would make a better second car: a used Porsche Boxster or the Mazda MX-5 Miata?)

Now, 2006 comes around and Porsche does something that they will never hear the end of. The Boxster grew a roof and the Cayman finally enters the picture. A car that has a flat six, fixed roof, and just below 300 hp. Most enthusiasts thought: What are they trying to do to themselves? Well, that's only the beginning of the cross examination that Porsche has had to endure from the guys and gals that owned a 997 Carrera. Paying $80,000 for a 911 that only has 30 more hp than a Cayman was infuriating. The Cayman was about $55,000 dollars new and handled like a sweetheart. It wasn’t any match for a Turbo or Turbo S, however the Carrera could see it in the rearview mirror and that didn’t sit well with the pursists. 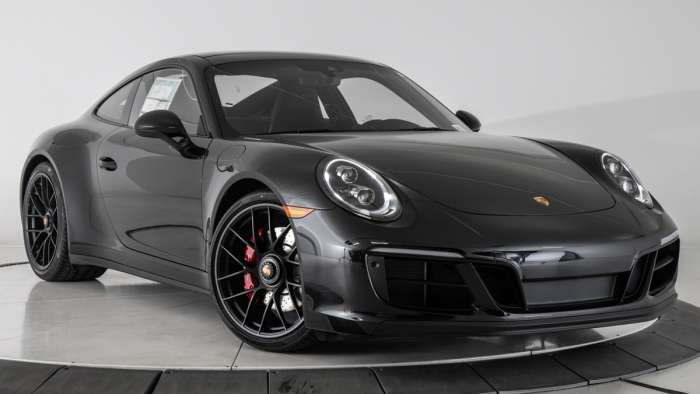 This continued for a decade. The base 911 Porsche got more power and the cayman was stuck in P2, until a superhero crash landed in Stuttgart. The 2016 Cayman GT4. The GT3 911s of the same year were hugely successful, you couldn’t go online without seeing the vented fenders plastered on every website. So, Porsche’s performance branch decided it was time to cut the cayman loose. To GT-ify the Cayman.

Questioning if the Cayman would ever surpass the 911 was now in the past. The 16’ GT4 was 0.3 seconds quicker to 60 than the base 911 Carrera. It handled better and sounded arguably, just as good as that Carrera. At this point, the old Boxster purists were mad because their beloved, roofless Boxster missed out on getting the special treatment from the Porsche design team. The classic roadster style, in their eyes, was deserving of such glory. But at the same time, they were curious to see if the Boxsters little brother (Cayman) could prove the 911 purists wrong.

The Porsche 911 has become a car that so focused on lap times and test numbers that it’s high-performance models are only that, tools for the job. The Cayman however, offers a GT car that is superb in every way. The first GT4 was one of the best road cars on the market and handled the track with grace (minus some understeer issues). But since then, the car has been evolving. It provides the purity along with the performance that a Porsche owner longs for. The new 718 generation gave us a return to the Boxster name, and delivered one of the best mid-engined chassis the world had ever seen. We could be witnessing a new sports car of the century coming to fruition, as the 911 drifts further and further away into the supercar category

The Cayman was the long lost warrior everyone had rumoured about. What it lacks in model year experience (in comparison to the 911), it gains in its predecessors. The 911 took 50 years to become an icon of driving excellence. But the Cayman had elders that it could learn from. The 914 taught it to be mid-engined, the 944 taught it to look pretty, and the Boxster taught it to be engaging. Another 30 years and maybe a Cayman will say Turbo S on the back.

See you in my next story discussing how driving your Porsche 911 on loose surfaces makes more sense than you think.