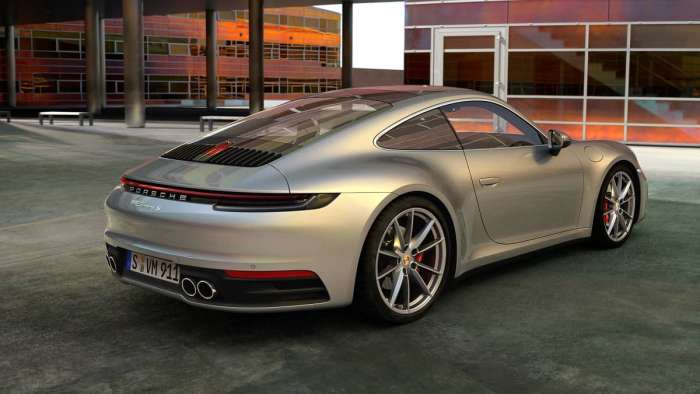 Ever since the Safari 911 nostalgia had gained full traction, owners have been rushing to test the Porsche’s off-road ability. At first, glance, taking a car worth more than years salary on dirt or snow seems unintelligent. And the argument for saving your paint and body panels is completely valid. But the dynamic workings of a loose-surface 911 are historically effective.
Advertisement

We have all seen the videos of the Dakar 959 ripping through sand and birms while reaching horrifying speeds, but most people are surprised to know that the 959 road cars were also set up for off-roading. The transmission had a low gear on the H-pattern shifter labeled “G” which was specifically for for low speed, loose surface driving. Along with the G-gear, the car had a hydraulic suspension lift system for greater ground clearance. These factory options are mostly obsolete now, as any 959 that still exists is under a microfiber cover with a battery charger connected to it. However, it’s important that we acknowledge that the 911-based Porsche 959 had its roots in off road driving.

Now, off-roading has found its way to the 911. We see the 80’-88’ Carreras with light pods, 6 inch lifts, and skid plates being built so often now that each new project evokes less and less emotion from enthusiast. So why do they do it? The simple answer is, because they are perfect for it. It sounds odd to believe a rear-engine car with no weight over the front would be able to handle a rally course. However, the 911s body type is ideal for this kind of driving. Small, light, and tons of grip.

The weight in the back end of the car has no trouble digging into gravel or dirt, and with the right tires you don't have to worry about your wheels getting scraped up. As you come to the corner and let off the gas, the brilliant weight distribution transfers gently forward, giving the light front end its desired grip. All 911s have this ease of weight transfer that doesn’t upset the suspension and keeps the car under your control. Having a well balanced car is crucial to off-roading, due to the lack of traction. This is why the Porsche 911 works surprisingly well for dirt and snow.

The Porsche 911 was not designed to be driven in snow, dirt, or gravel and the derivative of its success in the WRC world and safari races are a product of its simplicity. The overall design of the 911 was so dynamically sound, that applying the race packages for any event was easy. There is room up front for more stout suspension (no engine) and the balance is usable on the track, stage, or strip.

Also see how the new Mercedes AMG GT takes on the vaunted Porsche 911.

See you in my latest story where I am discussing how the Flat 6 engine will return to Porsche Cayman and Boxster. Do you agree?