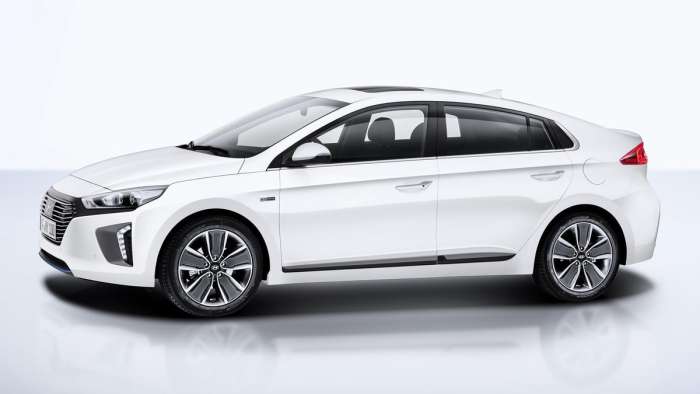 Looking at a used hybrid but want something different? Here are my reasons I would get a Hyundai Ioniq hybrid.
Advertisement

There is no doubt about it; gas prices have gone way up. Regardless of what is to blame, the fact is you are probably rethinking what you need to drive every day.

The Toyota Prius is one of the most popular hybrids on the market. Still, in the past decade, there has been a significant increase in competition. It used to be easy to shrug off the competitor hybrids, but now the competition is fierce.

Hyundai was at one time a junky company, and I would have never been caught dead in any of their vehicles, but I have changed my mind. Here is what I can tell you about the Hyundai Ioniq and why I would get one over a Prius.

Hyundai Ioniq: Savings Where It Counts
I am a huge Toyota fanboy; I live and die by the brand. Toyota, and especially Prius, has sold me on their technology. But this section of the story is not about Toyota and Prius.

Toyota builds a vehicle that holds its value. When that new car drives off the lot, if you compare the value between the Toyota and Hyundai, the Prius would hold a better value. Again, this is not about Toyota, but I am getting to it.

The thing is, Hyundai makes a much better car than they did 20 years ago. Even if it is not as good as the Toyota, it is still built significantly better than it used to be. 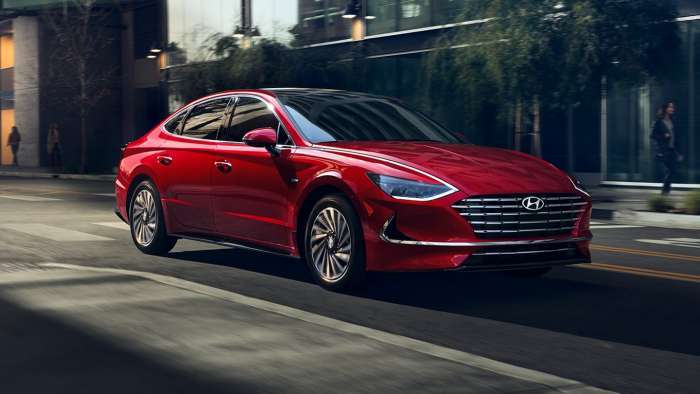 So if I were to choose a "new" car that was certified pre-owned, the Hyundai would be a great option. Just because the vehicle's resale value is not as good as a Toyota does not mean it is not good.

If you compare a used Ioniq to a used Prius in the same year and same mileage, the Ioniq is a few thousand dollars less. Thinking on it, if both cars have 20,000 miles, both have the same features, and both fill my needs, why not save the money?

Hybrids were built to help people save big, and Hyundai makes a good car. I am all for saving a few thousand bucks and going on a family vacation instead.

Jam Packed With Features And Style
In all fairness, both cars are packed with all sorts of features. However, I will say that before Toyota put Apple car play into their cars, Hyundai already had it.

Hyundai has thought about what people want and gives that to them. Heated seats, touch screen, Bluetooth, and class-leading fuel economy are plenty to win most people over.

The thing that really gets me is how much better (in my opinion) the Hyundai Ioniq looks way better. The Ioniq looks like a car and still has a very low coefficient of drag.

I get why Prius is shaped the way it is, but it could have sold better had the car's shape and style been a bit more attractive.

It Is Ok To Drive Other Cars
I have been in the Toyota world for nearly 2 decades. I almost exclusively drive their cars and trucks. I was recently asked by my sister why I only drive Toyota and Honda vehicles.

It is hard for me to explain why I choose to drive what I drive from an engineering and mechanic standpoint. Not everyone works on their own cars or knows the ins and outs of vehicle engineering.

This got me thinking, though, why am I limiting myself to only driving two brands? Once I realized that I am short-changing myself, I decided to do something about it. It is time to try something new.

Conclusion
In the end, I think it will be good for me to know and understand all of the hybrids that I possibly can. After all, I am the hybrid guy. This is a start to a new segment of reviewing all types of hybrids so all my readers can get a better experience with my articles.

A quick recap on why. I would drive a used Ioniq for savings on purchase compared to Prius. I would drive it for the features and style over a Prius and I would drive one to learn what other carmakers are doing to attract customers.

Knowing all these things can help give me a more well-rounded opinion when writing. Thinking of going on the road this weekend? Use these pro tips for a successful trip.

That is all for today. I hope your week has been great. I look forward to seeing you in the next story. Take a look that the reason for Toyota keeping Prius around a little longer.