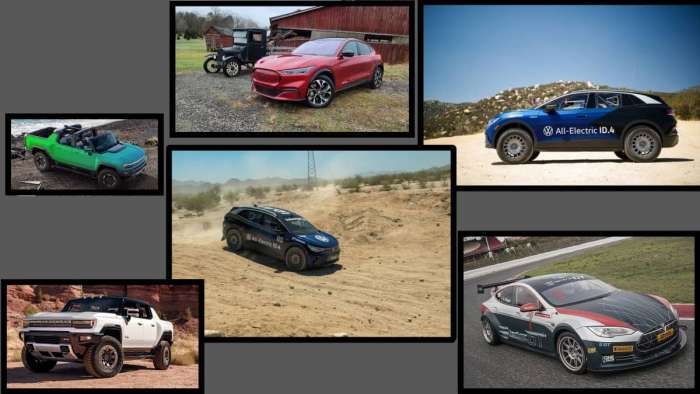 EV Aftermarket Modifications: What's Out There?

With Electric Vehicles like the Volkswagen ID.4, Tesla Model S, GMC HUMMER EV, and the Mustang Mach E starting their takeover of the motorsports arena, the age of electric muscle may soon be upon us. Chevrolet teased a sporty looking silhouette with an EV drivetrain- many sources believe it to be the next Camaro. But something that is sorely lacking from the EV automotive sector, is customization.
Advertisement

I can’t speak for every muscle car owner out there, but I know that I’ve seen a lot of forum posts asking “what mods should I put on my car first?” and the first thought that popped into my head when I purchased my Mustang, and again with my Challenger, was “Ooooh! I have a vehicle with an extensive aftermarket parts list! What should I monkey around with first?”

With an internal combustion engine or ICE, that answer is usually simply improving the way the engine breathes. Improving airflow increases horsepower. Many stock vehicles come with a cold air intake, like my challenger, so replacing that with a “performance cold air intake” sometimes even shows a loss of horsepower but adding forced induction or even just replacing the exhaust can add some degree of performance improvement to a traditional vehicle.

Electric vehicles don’t have the same guiding principles as ICEs. You can’t stuff more air into an electric motor to make it work more efficiently. You can try to stuff more electricity into it to make it spin faster, but that of course comes with diminishing returns. The aftermarket parts list for most EVs that I’ve seen has been pathetic. You may be able to replace your suspension and your brakes. Some vehicles even have some Aerodynamic adjustments that allow you to alter the fascia of your ride, but none offer any acceleration upgrade or top speed improvement.

We’re fresh into the EVs evolution. We’ve seen some amazing technology emerge with electric vehicles and as I’ve mentioned before, the Electric Motor is honestly simpler than the ICE and has fewer mechanical points of failure. It’s this reliability and simplicity that helped the Volkswagen ID.4, with a completely stock electric powertrain (but a lightweight racing interior and improved suspension), come in 61st in the NORRA Mexican 1000. I’d like to point out that although the Bronco placed 3rd this year, in 2019, the prototype for the new Bronco failed to even finish due to mechanical failures. It’s no secret that that race’s punishing terrain can tear up nearly any vehicle, so I’d say even 61st is a win. There were no other EVs racing this year, though some were out on the track with the other vehicles for testing. Driver Foust is quoted by Autoweek saying “It’s the first time I’ve done a 1,000-mile race without a mechanical issue,” further noting that the tires didn’t even get changed.

We’ve seen ICE vehicles as prestigious and pedigreed as the Corvette, in its 8th generation, suffer failures after only 57 miles. Every individual part that moves is a potential point of failure, and even parts that don’t move can have structural flaws, so electric motors are not completely infallible, but the repairs should be relatively easy, just replacing a coil or two or the magnets. A blown head gasket or cracked cylinder head typically lead to a bad day for a motorist, and a fault in the motor could just as easily strand an EV owner as the aforementioned maladies might befall the owner of a dino-burning mode of transport; issues are simply less likely to arise because they have fewer opportunities to do so.

Electric Vehicles are starting to have more and more momentum and ICE vehicles are having a hard time keeping up due to ever-increasing regulation of emissions. Some companies ARE offering an alternative to gas and diesel, like Toyota, with their Hydrogen vehicles (which sound amazing by the way), and MayMaan, who I’ve discussed before, with their alcohol-based motors, but are these companies going to be able to roll out a vehicle with enough recognition to earn the infrastructure redesign that we’re already seeing with Electric Vehicles? Retrofitting gas stations to pump a new fluid probably wouldn’t be that difficult but adding a charging station for electric vehicles is quite simple too.

Here’s hoping that as EVs like the Mustang Mach E get more popular, we’ll see an influx in aftermarket parts for them that will allow us to better customize our rides in both appearance and performance.

And here’s hoping that the ICE manages to win out over EVs, because a hydrogen or alcohol powered vehicle will have fewer total emissions than an electric due to the mining practices required for the batteries in EVs. Advances in battery technology are expected to reduce the ecological impact overall, and may provide at least some aftermarket modification potential in the future.

For people who are interested in the simplicity of an electric motor but who want a manual gearbox like me, the folks at EV West have conversion kits for many gas and diesel powered vehicles. I’ll be honest, there’s a Porsche in Ocala that has a manual gearbox that I’d love to get my grubby mitts on to stuff one of these lovely humming beauties into it. 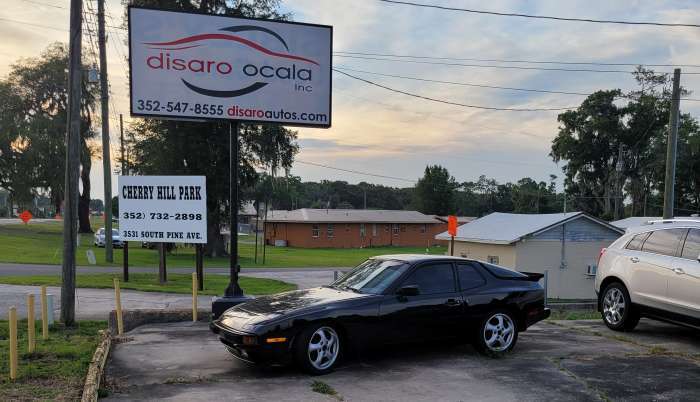