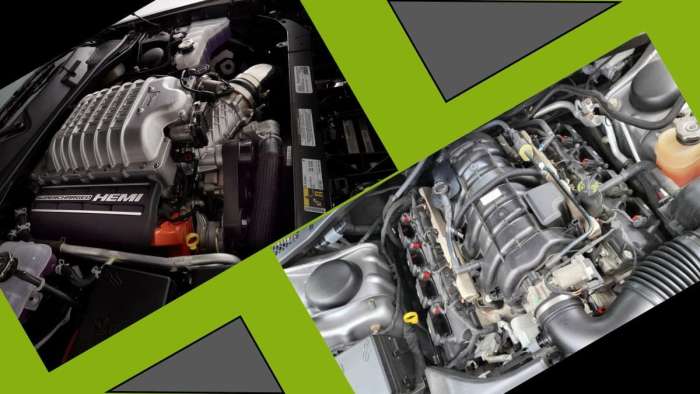 Everybody has their own favorite car of all time. Whether your favorite is the curvaceous Bugatti Veyron or Chiron, the agile Lamborghini Diablo SV or Aventador, some specific year of Ford Mustang, Dodge Charger or Challenger, or one of the iterations of Camaro or Corvette that Chevy has graced us with over the years; chances are that if you’re human, you have a car that you’ve dreamed of driving.
Advertisement

For me, that car is the 2010-current Dodge Challenger. I wasn’t picky about the options package at first because it was just amazing seeing the aggressively hard lines of the Challenger. All of the other performance vehicles of today have delved deeper into a more modern look and the Challenger stays the same with its “I’m The Muscle Car” stature. Ford went to the retro-modern look for the Thunderbird, and the Mustang from 2005-2015, but in 2016, they softened the lines and went with a more rounded, European look that is still handsome but just doesn’t have the aggressive over-biting grille that makes other mustangs look like they’re eager to chow down on some unsuspecting slower cars. One of my friends remarked that it looks more like an Aston Martin than a Ford Mustang and I can’t really fault him for that assessment.

Looks aren’t everything, though, in the automotive world. Primary for many, secondary for some, performance statistics and power output come in as hugely important for many vehicular enthusiasts, myself included. What makes a car more powerful and more fun to drive is hotly debated.

The typical rule of thumb is that the more air the engine displaces, the more power it’s capable of putting out, so 2.5 L, 3.5 L, 5.0 L, 5.7 L, 6.2 L, and 6.4 L engines each have a differing output based on what the basic setup is: Inline, V, or Horizontally Opposed, and based on again, the displacement. This is why forced air intake can so dramatically increase the power output of an engine: it effectively changes the displacement of the engine. A 6.2 L engine with a 2.7 L supercharger isn’t just displacing 6.2 liters of air. Instead, the large supercharger is forcing air into the engine to help increase the efficiency at which the petrochemicals that power the motor explode. More air means a more powerful and cleaner explosion, which means the car can go faster.

Forced air intake is found in a lot of car models, with Turbochargers being typically seen on engines where the powerband is more in the upper rev limit of the vehicle and Superchargers being seen on engines where more of the powerband is available closer to idle. This is because the differing forced air intake methods work in different ways and therefore are different tools suited to different purposes. Some readers will surmise that “if a turbo works at higher revs and a super works at lower revs, having both turbo and super chargers in a single engine will provide more power at lower and higher revs!”, and those readers would be correct!

Those readers may also be disappointed to learn that despite the obvious advantage of two different kind of blower; it’s quite rare to happen ‘in the wild’ so to speak. Many of the vehicles that are “twin-charged” are limited run, or were set aside by their respective manufacturers because they were costly to produce and turbo-charger technology has increased substantially, allowing many turbos to activate closer to the same low revs that superchargers are great for.

In comes where looks and performance meet: the Dodge Challenger SRT Hellcat X. Behold, a muscle car with a 6.2 Liter V8 that is equipped simultaneously with 2 turbo chargers and the big, honking super that makes a Hellcat a Hellcat. This ridiculously low production number bad boy (unique) was created for the 2015 Dream Car Giveaway charity that benefited New Beginning Children’s Homes and was purchased for $3.00. That’s right, a ticket for the raffle was only 3 measly bucks. History has placed ownership of this beautiful example of mechanical perfection in the hands of retired Air Force veteran Dan Daly.

What did two turbochargers add to the already Supercharged beast of a Hellcat Challenger? About 100 horsepower and 100 foot-pounds of torque; you know, just the basic output of an entire Mercury 4-banger. As can be expected, normal tires just don’t work to translate 805 ponies into go-fast, so in order to hit the track, the folks at the Dream Car Giveaway put some drag radials on the SRT Hellcat X to let her stretch her legs before delivery. The video below includes several passes by the huge vehicle: Check it out!

That was amazing, right? I just love the repeated squeal of those drag radials as they barely hook the pavement.

The newest generation of Hellcat Challengers claim 717 horsepower, but the Hellcat Redeyes are a little more beefy, cranking out 797 ponies, just 8 horsepower shy of the Hellcat X; and they’re a much less limited run, so if you missed your chance on the Hellcat X (Mr. Daly, I’d love to discuss your vehicle and what it’s been like owning a triple-charged if you do read this), make sure you don’t miss out on the Redeye. I’m content with my R/T, even if she is only putting out about 370 or so horsepower in her stock form.

DeanMcManis wrote on April 26, 2021 - 2:19am Permalink
I think that adding twin turbos to a supercharged Hellcat engine is overkill, and it adds too much complexity for little added benefit. The Redeye Hellcat is now already making nearly 800HP. No, I think that the Hellcat models need traction most of all. SpeedKore showed off an 880HP, AWD, TTV8 (no supercharger), with carbon fiber bodywork at the 2019 SEMA show. Most of the consistently quick, high HP, performance cars today have AWD.