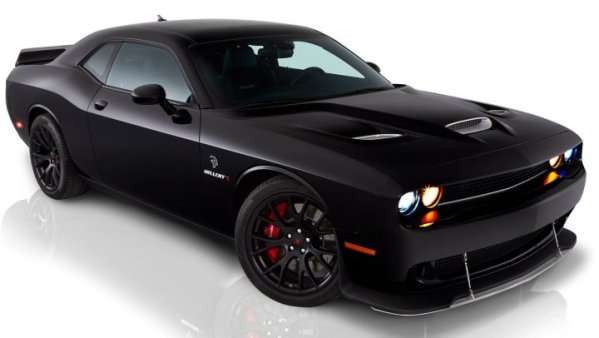 It was more than a year ago when the Dodge Challenger SRT Hellcat X was introduced as part of the Dream Car Giveaway program, with a unique engine build featuring a twin turbo setup in addition to the factory supercharger lifting the output to over 800 horsepower and today – we bring you the end of the story, with the Hellcat X being awarded to Mr. Dennis Daly.
Advertisement

The Dream Car Giveaway group has bene awarding pairs of like vehicles and raising money for charity for years, and when they announced the information for their contests last year, one of the featured vehicles was the Dodge Challenger SRT Hellcat X. The Hellcat X was paired with a fully restored 1970 Dodge Challenger R/T and as is the case with all of the Dream Car Giveaways, the winner also got $40,000 in cash to pay the taxes on the whole package.

In short, the 2015 Dream Car Giveaway offered someone a chance to both of these Mopar muscle cars and $40k in cash – all for as little as the cost of a $3 ticket. That contest has ended and the winner of this incredible Challenger prize package has been announced.

The Hellcat X has an owner.

According to the crew form Allpar, Mr. Daly is a veteran of the United States Air Force and in the past, he has been known to spend some time at the drag strip. I imagine that having the twin turbo, supercharged Hellcat X will inspire him to make a few trips down the quarter mile as well.

Other 2015 Dream Car Giveaways
In addition to Dennis Daly winning the pair of Dodge Challengers, there were three other Dream Car Giveaways for 2015. The other vehicles from 2015 included Smokey and the Bandit style Pontiac Firebird, a Lingenfelter-modified Chevrolet Corvette and a pair of Ford Mustangs – one classic and one new model.