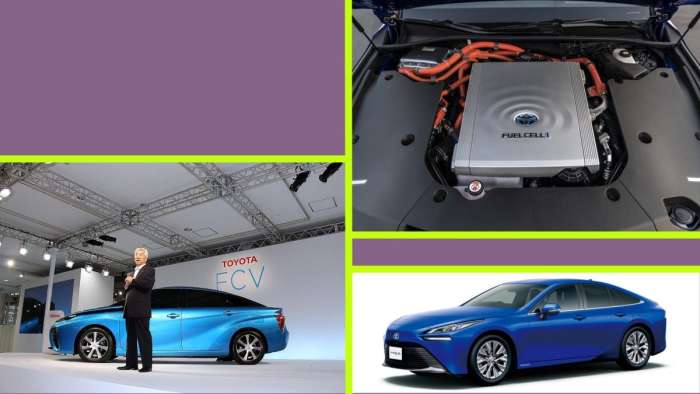 Tesla, Chevy, Nissan, Toyota, and now Ford (among many other) auto manufacturers have decided to start producing Electric Vehicles. It seems like gasoline and noisy engines are about to go the way of their fuel source: the dinosaur, but Toyota and MayMaan are hard at work trying to breath life into the classic technology through alternative fuel sources for internal combustion engines.
Advertisement

The internal combustion engine has been in existence for quite some time. The late 1800s, around 1860 or so, and by 1876 we saw the emergence of the 4-stroke or 4-cycle engine. The cycles, or strokes are as follows:

Intake: air and fuel enter the combustion chamber of the engine.

Compression: the combustion chamber’s dimensions are shrunken by the motion of the engine, forcing the molecules of air and fuel to closely intermingle.

Combustion: a spark ignites the air-fuel mix and causes an explosion that causes the combustion chamber to expand.

Exhaust: the cyclical function of the engine makes the combustion chamber return quickly to it’s smaller state, expelling the spent fuel in the form of emissions like carbon dioxide or monoxide.

This seems pretty simple, all things considered. It is useful and has been the main powerhouse for humanity for about a century. We have seen a lot of changes to the engine, with different orientations of pistons/cylinders, different crank-shaft arrangements, and even different fuel sources. I feel that it’s worth noting that the internal combustion engine, albeit antiquated technology compared to some other means of power generation, may still have a long, useful life ahead of it.

Fusion generation seems to be the “next big thing” for stationary power. American sources seem to think they’ll have a functional commercial fusion generator by 2030. Other labs have already had some success with bringing generators online. Miniaturization will have to take place before they’re available to sit in the hood of your car though, so plug-in hybrids or full EVs make sense for this new advance in energy production, but the most remote applications may still require some other fuel source to function just for utility’s sake.

One of the biggest fears that I have heard from drivers around me regarding electric vehicles is the range. “What happens if I forget to plug in at night and run out of charge while I’m on the highway?” is something that I have pondered at for a bit, even though it’s not been applicable to me until my spouse purchased a plugin hybrid Ford Fusion Energi. More and more charging stations are becoming available out and about, so it’s becoming less and less of an issue. Many motorists that live in urban or suburban areas can probably even stop worrying at all and just sign up for a subscription to a nearby charging station so that they can ‘fill up’ so to speak, while they’re parked around town.

With that big fear out of the way for many, it’s still there for those of us that like to take the road less traveled. If you fail to charge your vehicle before going on an off-roading expedition, you might just be Short On Luck and wind up stranded in the wilderness until someone can come give you a charge. Yes, the same can be said for gasoline or diesel variants, but at this time, gas stations are still much more prevalent in “the wild” and it’s thus less of a fear. Also the amount of time it takes to fuel up is a lot shorter than charging has traditionally been, though changes in charging technology may start to tip the balance as we start to see charge times in the low single digit hour times. If we can get a full charge down to a single hour, a restaurant could easily just have a sale for charging your vehicle while you eat.

With my Challenger, if I am running late and I didn’t fill up last night, I can swing by the Wawa or RaceTrac and have her topped up in about 5-10 minutes, depending on how fast the pump works, how fast I move, and if there is a line. This is convenient for me because my memory isn’t the best and it stops me from being too late to work; for the most part. (A lead foot might help a little bit.)

We’ve seen some people use diesel engines to create multifuel generators that are capable of running on motor oil, and even cooking oil, but these still have some degree of noxious exhaust that seems to be so bad for our planet, even if they’re a renewable resource compared to gasoline. The folks over at Toyota are now trying to change that by creating a Hydrogen powered internal combustion engine. This would be awesome because pretty much the only exhaust product from combusting hydrogen with oxygen is water.

I’d really like to see this succeed even if hydrogen pumps aren’t readily available for some time because this seems like such a good deal for future generations, but something that might be a little more promising with a faster ability to become privately viable is being produced by MayMaan, a company out of Miami, Florida. They’re working with an ethanol (alcohol) and water mix to produce a low emissions product. 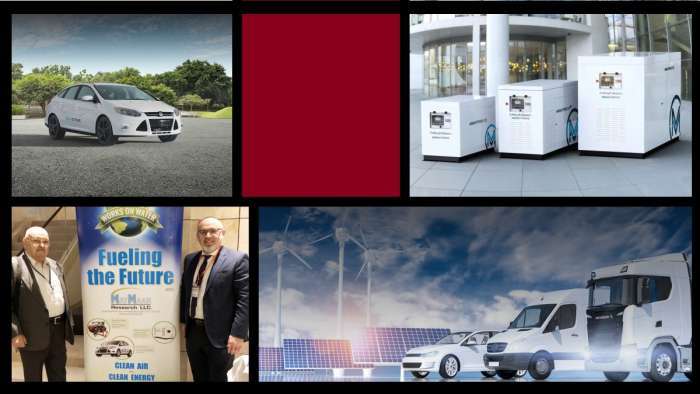 Because ethanol is a less complex organic compound than is gasoline or diesel, it breaks into smaller, less toxic compounds when it combusts and for the most part becomes entirely carbon dioxide and steam when it is ignited. This will heavily reduce the need for complex catalytic converters that weigh down and slow down the exhaust portion of the cycle.

I like this option because in America, you can easily obtain a license to produce your own ethanol at home with a still, up to a certain volume and for non-human-consumption purposes the license isn’t even particularly expensive. This means that you can have your fuel readily available at home and any distillery in the world can produce fuel rather than just big oil refineries. This is good for the environment and pretty much negates our reliance on the unsustainable and ‘dirty’ oil industry without forcing us to ramp up electricity production; allowing us to not strip mine lithium and other rare elements from our environment. It’s pretty much just a big win all around.

I haven’t heard one of these alcohol fed motors yet, but I’m hoping that it has some similar harmonics to the sweet siren song of my Hemi V8.

Timothy Parker wrote on April 27, 2021 - 1:19pm Permalink
Much ado is made of noisy gas engines, but most engines are rather quiet. At speed, it is road noise from wind and tires that dominates. In town, for observers, it is still tire noise that is the big noise generator The other day as I was walking in the neighborhood, the noisiest car to pass was a Tesla. The tires were much noisier than any other car that went by. The engines of gas cars were well muffled and didn't significantly contribute to the background noise. I have an electric car, and I like them. But for noise considerations, it's tires, tires, tires!
Terry Robb wrote on August 22, 2021 - 2:13am Permalink
Alcohol is a good alternative for engine enthusiasts. Alcohol with very little gas is used in Indy cars. Also Brazil has vehicles that run on alcohol only because Brazil has only alcohol fuel stations. Here there is alcohol but no only alcohol pumps.
alex cokonis wrote on December 5, 2021 - 10:10am Permalink
Good article. Pure electricity and batteries can not replace hydrogen fuels (fossil fuels, green hydrogen). The big problem with batteries is they are made with exotic materials that one day will run out, their weight to energy ratio is too high for mobility applications, their recharge time is impractical for general usage, Lithium batteries specifically are extremely dangerous that can cause catastrophic fires with spontaneous combustion or collisions.