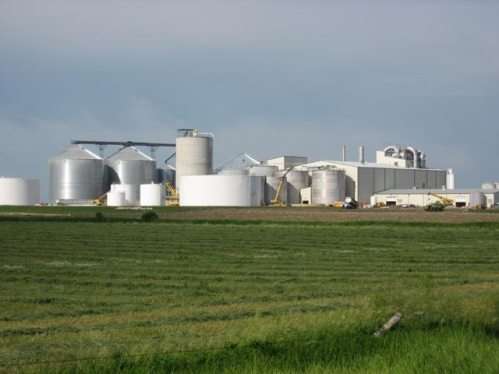 (TorqueNews) Friends of the Earth, an anti-ethanol lobby with a political presence on both coasts, is pressing an aggressive grassroots campaign to block any potential extension of the $6 billion U.S. government subsidy of the corn-based fuel.
Advertisement

Ethanol's government funding is cut off Dec. 31, and the nonprofit lobby fears there will be last-ditch efforts to reverse Congress's decision to shut the funding down.

"We are on the verge of a huge victory: stopping a $6 billion per year handout to big oil companies that promotes the use of corn ethanol -- a dirty fuel that the EPA has concluded pollutes our climate more than gasoline," Michal Rosenoer, biofuels policy campaigner for Friends of the Earth, said today in emails to media and supporters who are everyday people throughout America.

Rosenoer further explains that "this environmentally harmful and wasteful tax break is set to expire on Dec. 31 -- and we need your help to make sure Congress doesn’t pull any tricks to resurrect it in the eleventh hour. Subsidies for corn ethanol have lingered for 30 years not because they are good for the public, but because corporate lobbyists keep pushing for them."

The U.S. Senate voted 73-27 June 15 to kill its $6 billion annual subsidy of ethanol corn fuel, which critics say has been an icon for wasteful spending for years.

One congressman this summer called the decision a sign that lawmakers are serious about ending "wasteful and unnecessary" subsidies amid hand-wringing in Washington over deficit spending and debt.

“I am pleased the ... senate voted to end the ... ethanol subsidy,” said Congressman Leonard Lance (R-N.J.), a leader in the U.S. House of Representatives to shut off the subsidy.

“We must get our nation’s fiscal house in order and eliminating the federal ethanol subsidy will make a significant contribution toward this goal. We must keep the momentum going.”

Friends, with offices in Washington and San Francisco, provides a link in the emailed plea so supporters can email members of the U.S. House representatives to share their thoughts.

"For four years, Friends of the Earth and you, our activist team, have been working to eliminate this giveaway, called the Volumetric Ethanol Excise Tax Credit," Rosenoer said. "It's the biggest government handout for corn ethanol on the books. While too many Americans are struggling to put food on the table, VEETC funnels taxpayer money to already profit-rich oil companies like Exxon Mobil when they blend corn ethanol into gasoline.

"We’ve worked with an unlikely coalition -- ranging from Tea Party activists to budget hawks to anti-hunger groups to chain restaurants to MoveOn.org -- in pushing Congress to end this tax giveaway."

The work to end the ethanol subsidy has been hard, the effort, grass roots and persistent.

"You’ve sent 46,700 messages to Congress opposing this handout in the past year alone, culminating in a historic vote this summer in which 73 senators called for its early repeal," Rosenoer said.

"We’re closer than ever to victory. Tell your House representative to stand up to ethanol industry lobbyists and end this giveaway. "

"Every dollar we spend subsidizing dirty corn ethanol is a dollar we aren’t investing in truly clean and sustainable alternatives like improving public transportation, promoting electric vehicles powered by wind and solar energy, or making our communities more walkable and bikeable," Rosenoer said.

"We need your help to ensure that Congress stands up to any attempts by corporate lobbyists to squeeze an extension of the ethanol giveaway through in the final hours. Tell your House representative to start the New Year off right -- by ending subsidies for dirty corn ethanol. Let’s see this through to the end!"

Funding for ethanol died because the House and Senate both made it happen by eliminating a 45-cent-a-gallon tax subsidy provided for producers of ethanol and deleting a 54-cent-a-gallon tariff on imported ethanol at the dawn of 2012. Ethanol is important to the automotive industry because it is a corn-based alcohol that is an additive to gasoline.

For Some Former Daimler Managers Daimler Is Authority, While Tesla Is Like a Startup
How Daimler Unintentionally Subsidizes Tesla Giga Berlin
END_OF_DOCUMENT_TOKEN_TO_BE_REPLACED