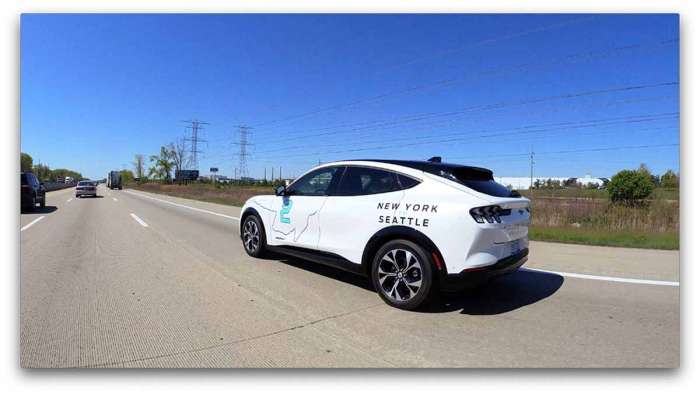 Similar to the historic Ocean to Ocean tour of the iconic Model T, Ford’s all-electric crossover will embark on Ocean to Ocean Reimagined trip to promote Mach-E. The Mach-E’s historic trip starts in New York City and ends in Seattle for a 6,500-mile gasoline-free journey.
Advertisement

As I’ve written a lot about the Mustang Mach-E, I’ve often wondered how Henry Ford would feel about the Mach-E. He was a visionary, so I think he might really like it.

There’s a little known story about Henry Ford’s thirst and push for an electric automobile back in the early part of the 1900s. He was friends with Thomas Edison and together they talked about a lot of ideas. Ford always seemed intrigued by the notion of making a low-priced electric car.

Fast forward to 2021 and Ford has a viable mass-produced electric vehicle in the Mustang Mach-E. Whether it’s affordable is up to the consumer, not me.

So why this little history lesson? I found it appropriate as I saw Ford release a press statement about a historic trip the Mustang Mach-E is about to take. It will be similar to one Henry Ford entered two of his Model T cars in to showcase the evolution of the mass-produced automobile.

Related story: Tesla Model Y and Mustang Mach-E owner explains what he likes about both EVs. 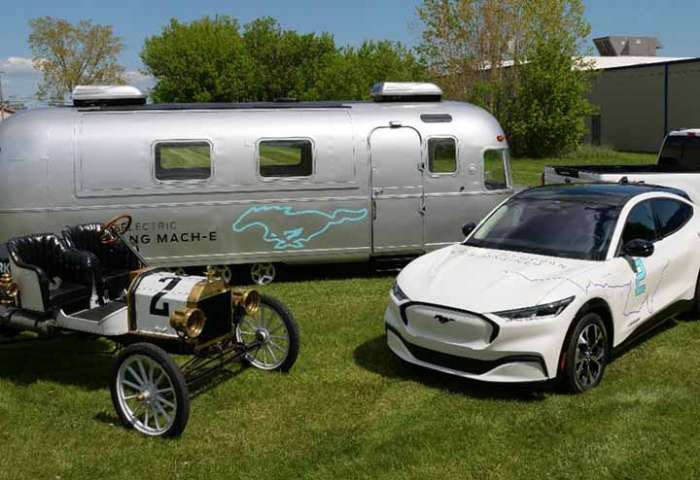 Mustang Mach-E’s Ocean to Ocean Reimagined journey
Ocean to Ocean Reimagined showcases what the all-electric Mustang Mach-E can do with product experiences along the way to demonstrate its style and features. The drive kicks off today at Classic Car Club Manhattan in New York City. Stops include Amelia Island off the Florida coast; Washington, D.C.; Charlotte, North Carolina; Atlanta and Las Vegas before concluding in Seattle. In total, the all-electric SUV will drive nearly 6,500 miles across 20 states in a span of 50 days.

“More than a century after the Model T brought mobility to the masses, Mustang Mach-E is injecting thrill and passion to fully electric vehicles,” said Jason Castriota, Ford’s global brand director, Battery Electric Vehicles. “Ocean to Ocean Reimagined is helping to amplify awareness around Mustang Mach-E and what it can do. We hope this coast-to-coast journey – much like the original Ocean to Ocean race commissioned by Henry Ford in 1909 – becomes a truly unique, exhilarating and entertaining chapter in the Ford and Mustang story.”

On June 1, 1909, Henry Ford entered two factory Model T cars in the first U.S.-based transcontinental road race. Beginning in New York City, the race tested the endurance and capability of a relatively new technology – the automobile. Twenty-three days and 4,106 miles later, Ford Model T No. 2 crossed the finish line at the Seattle World’s Fair. A re-creation of that winning Model T will lead the two Mustang Mach-E SUVs out of New York and escort them to the finish line in Seattle. 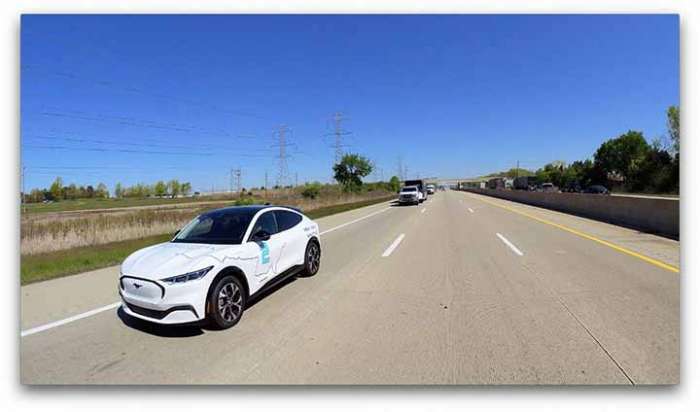 Mustang Mach-E deliveries
There’s so much going on with the Mach-E, as we seem to write about it daily here at Torque News.
U.S. customer deliveries of Mustang Mach-E started in December, and have continued to wide success. The initial launch delivery volume of the Mach-E is among the highest in EV history, according to my Torque News colleague John Goreham.

Meanwhile GT orders will be converted and production can theoretically begin. However, with the slower-than-normal production the auto industry is experiencing, Ford included, most Mach-E GTs won’t deliver until the fall, and many will likely be 2022 model years.

“With Mustang Mach-E GT and Mustang Mach-E GT Performance Edition, we’re pushing the boundaries of what an electric vehicle can offer,” said Dave Pericak, vehicle program director. “These Mustang Mach-E models not only give customers the added capability expected from the GT name, but the responsiveness of their electric powertrains will ensure they have a thrilling experience behind the wheel.” 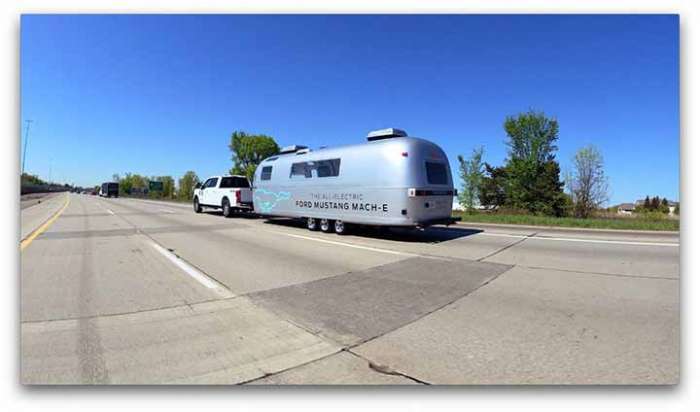 Final Thoughts
The Ocean to Ocean Reimagined trip for the Mach-E is interesting. It will be great publicity for Ford, but also showcase, as I learned, that range anxiety is not so much an issue for the Mach-E. What is still a problem is the country’s infrastructure. So, as the Mach-E embarks on this historic journey it will serve to showcase where the charging stations are and how close we are to an all-electric future.

I still stand by my statement that the internal combustion engine will still be around into the 2030s and reports of its demise are slightly exaggerated, however, electric vehicles like the Mach-E are the future of the industry and the future of Ford Motor Company.

I’m sure Henry Ford would approve, and so would his friend Thomas Edison.

Related story: Drive the Mustang Mach-E and you might change your mind.

As always, leave me your comments below.