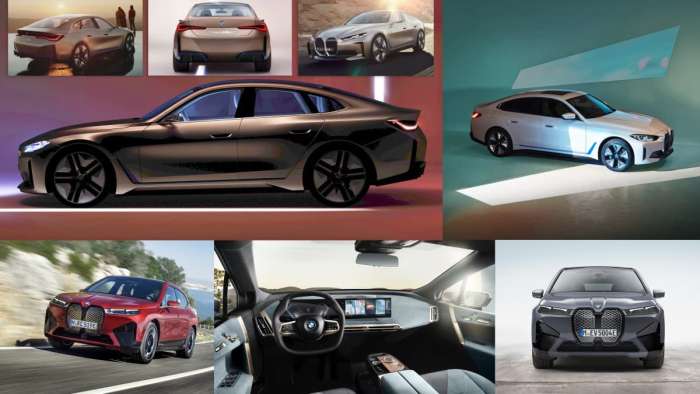 The BMW i4 Sports Its Own German Soundtrack

BMW has been a leader in automotive innovation since its inception, even going so far as to bolster the engine noise of the i8 to make the ride sound more like a traditional sports car. As they ditch the gas engine altogether, what sound will BMW rely on to engage the driver? It turns out that help from composer Hans Zimmer will influence the symphony of BMWs electric i4 and iX.
Advertisement

Unlike those powered by internal combustion engines, known for their roars, whines, and purrs, vehicles with electric motors aren’t typically inspiring when it comes to the sounds they produce. Usually it’s sort of a whirr, almost like a vacuum cleaner that’s amplified slightly; it’s a pedestrian warning system. It doesn’t have to sound good. But it can! The Porsche Taycan sounds like a futuristic buzzing zoom. The sound itself evokes images of science fiction starships dashing off to distant stars at faster than the speed of light.

BMW is keenly aware of how sound can impact a driver’s experience of the drive. The sound an ICE makes during operation can be used to determine how well it is functioning and skilled individuals (or apps) can often diagnose engine issues just by the sound that the engine is making. As ICE technology over the years have evolved, the tuning process and the sound of the engine has evolved as well, becoming much quieter. Some vehicles, like the V6 Ford F-150, or the BMW i8, supplement the sound of their engine with their stereos, playing recorded engine sounds to simulate a louder engine.

In the interest of preserving the auditory integrity of the driving experience, BMW has worked with German composer of Inception and the 1997 classic masterpiece from Disney: The Lion King, Hans Zimmer to create an all-new sound for the i4 and iX Electric Vehicles. The sound itself was released in a tweet from BMW Group this morning and I have to say it sounds cool. This sounds much more like the future of thrust that popular media prepared me for than the uninspiring humming that the Chevrolet Volt eschews.

The Taycan sounds awesome, and the BMW i4 and iX will definitely be turning heads from their sound alone, so maybe acoustics and sound will play as large a role in early EV development as it did in the birth and evolution of the ICE. Please take a moment, and listen to the inspiring sound.

SOUND ON. An unforgettable soundtrack to your drive. The all-electric BMW i4, the M version of the i4 and the BMW iX will offer IconicSounds driving sound, developed in cooperation with Academy Award winning composer Hans Zimmer.

Those of you who haven’t been paying attention to BMWs electrification plans may not be aware of the 530 horsepower i4 sedan that’s expected to release for 2022, or the (in my eyes more impressive and desirable) iM2 with it’s supposed 1300 ponies from 4 motors that’s planned to drop the same year. The sedan itself is based off of the storied BMW 3 series platform and features the same classic lines and even a faux kidney grille. The i4’s battery is supposed to be capable of charging up to about 240 miles in just 30 minutes and is expected to boast a range in excess of 300 miles.

Just as Porsche has promised us an electric Macan, BMW is producing their own all-electric SUV (they call it a Sports Activity Vehicle, but that moniker seems pretty exclusive to Bimmer). The iX will be a 500 horsepower, dual-motor, kidney-grilled machine that will also get around 300 miles to the full charge. A 10 minute charge from the DC Charger is advertised as providing 75 miles range, enough to theoretically get most locations I might want to go on a quick trip. The handsome vehicle appears to be high enough off the ground to allow for a little bit of off-road exploration and the all-wheel-drive and instant torque can only be a boon to navigating difficult terrain. 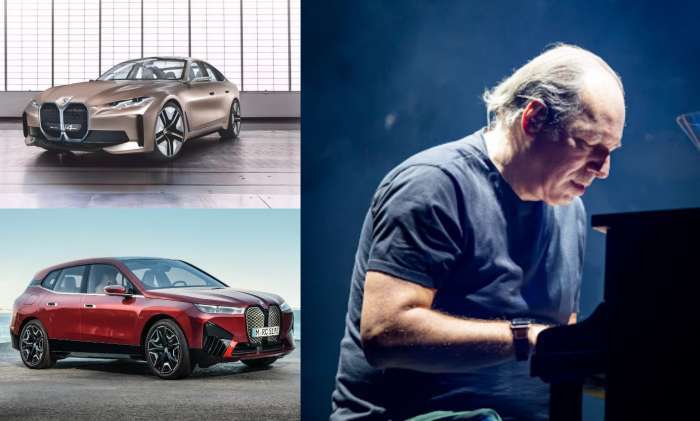 (I would note that the Volkswagen ID.4 had significant suspension and clearance upgrades and still got stuck at one point in the Mexican 1000. Even instant torque can’t necessarily solve every problem encountered off-road, and even trail-rated jeeps get stuck sometime, so explore at your own risk and motor carefully.)

We’re almost halfway through 2021, so 2022 is speeding ever closer, and with it comes the promise of some fantastic new EVs from BMW and fantastic new vehicle sounds. Automotive enthusiasts have new sounds to keep their ears alert for and I’m sure that those who aren’t as into ICEs as I am will enjoy the softer zoom compared to my beloved, hedonistic, gas-guzzling rumble anyway.