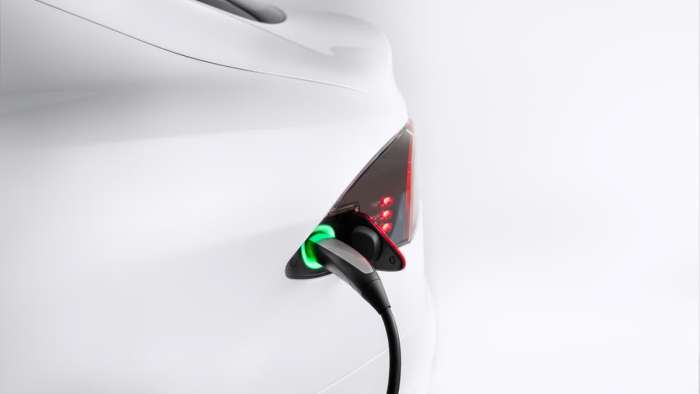 Elon Musk Updates On Hydrogen Energy With Most Compelling Use

VW CEO Herbert Diess said that hydrogen cars are a bad idea and to “listen to the science”. Elon Musk then sent out a statement agreeing with Deiss that hydrogen is not something worth investing in for automobiles.
Advertisement

VW CEO Hebert Diess made the statement that hydrogen cars are bad for the earth. Musk sent out a tweet that said, "Diess is right, hydrogen is a staggeringly dumb form of an energy source for cars. Barely worth considering for a rocket’s upper stage, which is its most compelling use.” In this statement, Musk didn’t really dive much into the reasons why hydrogen is a bad energy source for cars. However, an old video shows Musk outlining why it doesn't make sense to utilize hydrogen.

Musk started by saying, “it is very difficult to make hydrogen, and store it, and use it in car.” Musk went onto say that hydrogen is not actually a source of energy. Musk gave other reasons such as how hydrogen is too low in density and also flammable. If Musk were to pick an alternative source to hydrogen, he said he would pick methane or propane.

This is only a 12 second clip that was extracted from a rapid fire style interview, so Musk had to get to his main point immediately. Musk said that the cost and complexity of hydrogen is much greater than what one would find with an EV.

Comparing and contrasting the statements of Musk and Diess

“Rather, direct use of electricity would make more economic and ecological sense in the coming years, especially in the passenger car sector. It is also criticized that new hydrogen-based fuels could keep combustion technology alive longer, which in turn would ensure our continued dependence on fossil fuels and thus further greenhouse gas emissions and endanger the climate targets. “

Diess and Musk have both been yet to entertain the possibility of adding hydrogen cars into their respective Model lineups.

The present of Hydrogen

Musk and Diess have both turned out to be right to a large extent. Hydrogen cars make up a miniscule portion of the market and that is probably being generous. The reality is that a few hydrogen cars have made it to production. The Toyota Mirai is one example of a hydrogen car that made it to production. The Mirai is still being sold for the 2021 Model year and it doesn’t look bad on paper in certain aspects. It got a 7.5 out of 10 rating from Car and Driver, and it appears to be a large spacious sedan. However, the Mirai has many downsides such as the fact it only has 182 horsepower. The Mirai also starts at almost $50,000. The hydrogen fuel cell station infrastructure for the Mirai is based in California. It seems owning a Mirai requires the buyer to live in California. This proves that hydrogen can’t be mass produced and distributed like electricity which is deeply entrenched in our everyday lives. On the contrary, one advantage of hydrogen powered cars is that they can be fueled in less than 5 minutes.

It is clear that hydrogen falls short, but at one time it had a lot of promise. There were a lot of people who thought that it was the future. Something else to think about is whether hydrogen could have gone farther than it did if more resources were put into it. None of the major players (which include people like Elon Musk) are too keen on making hydrogen powered cars. Therefore, hydrogen cars will probably be seen as just an attempt at diverting away from fossil fuels.

DeanMcManis wrote on May 23, 2021 - 4:30am Permalink
Hydrogen fuel cells themselves are a fantastic technology. Hydrogen is the most common element on the planet, and it holds more energy than batteries can by weight, which has some specific advantages for some use cases. But until/unless hydrogen production from renewable (green) sources makes a significant leap in technology, it is not cost effective for automobiles. Battery technology and production is advancing quickly now, and BEV prices are dropping, and most BEV owners can refuel overnight at home for pennies, and even recharge from solar. So the advantages of BEVs are becoming greater than FCEVs and ICE vehicles as time passes. I would not give up on FCEV development because it is far from impossible that some refining, storage and distribution breakthroughs could occur, plus there still are some vertical markets where hydrogen has an advantage over batteries and gas. But it is becoming tougher every day to compete against BEVs.
Joseph Michael Teets wrote on April 30, 2022 - 1:54pm Permalink
JMT Consultants has developed an advanced 2 spool electric powerplant the TMA70 (70kW) scalable to 500kW with efficiency capability of 35%. The engine technology demonstrator with an advance low emissions RQL combustion system with many liquid and gaseous fuel tested and capable of hydrogen fuel use.. The engine has simple architecture, low cost, low maintenance long life. A fraction of the cost of a fuel cell. Further info available upon request. Regards, J. Michael Teets, President founder and chief design / manufacturing engineer