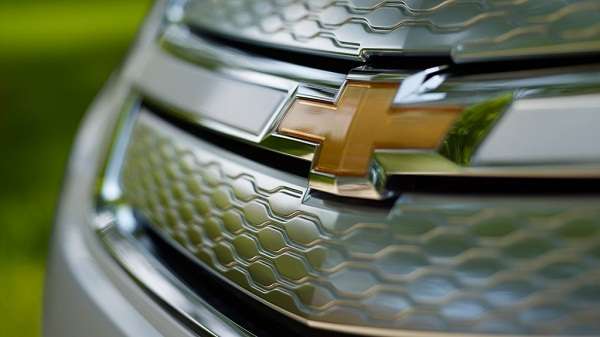 The surprising culprit behind a recent Chevrolet Volt fire

“Electric car” and “fire” are words that EV advocates hate to see in the same sentence. But in the case of a Chevrolet Volt fire last month, the cause was a component found in every vehicle on the road today.
Advertisement

Though the occasions are few and far between, any time an electric vehicle goes up in flames it generates negative publicity for the nascent EV industry. The most high-profile conflagrations - one involving a Chevrolet Volt that occurred three weeks after a unique crash test procedure and four involving the Tesla Model S with causes ranging from fairly routine collisions with road debris to spectacular, highlight-reel high-speed impacts – and the resulting media hysteria did not do any favors for the public perception of electric vehicles.

Despite those highly publicized incidents and a few involving improper household wiring for charging stations, it is undeniable that electric cars have so far experienced far fewer fires than their internal combustion counterparts. Safety mechanisms built into and around the battery packs have done their job with very rare exceptions, and the lack of a gas tank makes EVs far less combustible.

No, the other battery

And now we have an example of an electric vehicle fire that was sparked by a culprit found in every automobile on the road: the humble 12V lead-acid battery.

Last month, a Chevrolet Volt owner reported that his vehicle caught fire after being rear-ended. Inside EVs reports that the GM-Volt.com forum user noticed smoke coming from the back of his car and got out to watch, as the whole passenger cabin was engulfed in flames within 10 minutes.

The owner informed GM of the incident requesting an investigation, and the automaker obliged and recently reported their findings to the owner who relayed them to the forum on Wednesday.

Apparently, the fire was caused by sparks from the 12V lead-acid battery located in the rear of the vehicle. The crash caused the battery terminals to come in contact with the metal body, resulting in an electrical arc that ignited the carpeting in the trunk. Somewhat incredibly, neither the high-voltage lithium-ion battery nor the gas tank were breached and neither contributed to the fire.

Should Volt owners be concerned?

We can say with confidence that Chevrolet Volt owners have nothing to worry about as far as the lithium-ion battery is concerned. The car has had a flawless track record (knock on wood) since entering production, and the rap sheet of electric cars as a whole has been outstanding.

It does seem like the 12V battery could be an issue, however. Rear-end accidents are a fairly common type of collision, and certainly should not result in a flaming vehicle a la the Ford Pinto. GM may want to install extra shielding to prevent similar incidents, although that would require recalling the last GM vehicle that had managed to avoid a recall this year. (Kudos to the Volt!)

It should also be said that the electric vehicles are all still relatively young, and vehicles (at least the conventional variety) become more of a fire risk as they age. But the fear of flames should not deter anyone from going electric, as the EVs of today have been engineered very well to prevent the kind of front-page fireballs that can quickly damage a reputation.

mike w wrote on September 25, 2014 - 7:16pm Permalink
Well a fire could start from any 12 volt battery. I guess those plastic caps you sometimes see on battery cable terminals are there for a reason and all this time I though it was to control corrosion.
TD wrote on September 26, 2014 - 1:10pm Permalink
EV proponents often point to fires involving gasoline powered vehicles. How many of these fires may have involved the battery such as this case? Note that gasoline was not involved in this gasoline powered vehicle fire.
VoltOwner wrote on September 27, 2014 - 11:12pm Permalink
Nice, been following the story from the beginning, I think you wrapped it up neatly.
Don wrote on September 21, 2015 - 2:05pm Permalink
I was just looking at salvage auctions in Copart.com and found 3 Chevy Volts with slight rear collision damage for sale and they all had major fire damage. Starting to see a pattern here.