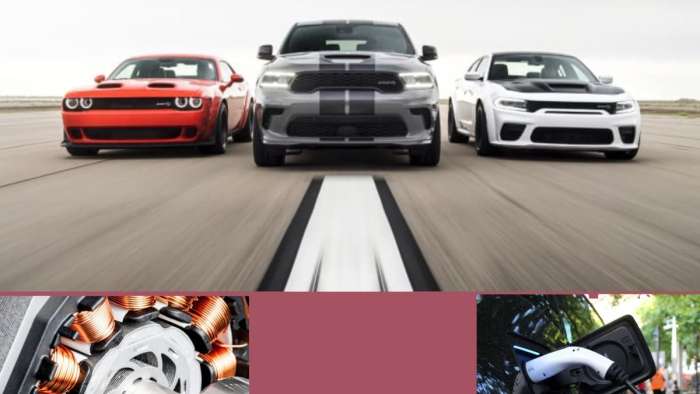 When Will Dodge Make Electric Cars? The Future is Now!

It seems Dodge is a little behind the times when it comes to Electric Vehicles. The American manufacturer has been instead seemingly focusing on its high horsepower powerplant v8, the Hellcat; putting it in anything from muscle cars, like the Challenger, or Charger to soccer-mom SUVs like the Durango.
Advertisement

That particular motor does have a lot going for it in terms of raw power and output, but Dodge’s own CEO, Tim Kuniskis has been quoted saying “The days of an iron block supercharged 6.2-liter V-8 are numbered,” implying that we’ll start to see some motion from Dodge towards electric Challengers and Chargers, or maybe different models that are just electric and have never been offered as gas-guzzlers.

In a previous article, I discussed the fuel economy of the 5.7 L Hemi Challenger, and I referenced the Multiple Displacement System, or MDS that is present on most of the Hemi engines that aren’t paired with a manual transmission. The MDS, while a marvel of engineering that allows huge v8s to use fewer cylinders with a more open throttle to obtain better gas mileage, is not going to cut it for ushering Dodge into the future.

Fortunately for Tim Kuniskis and MOPAR fans like myself, the overarching parent company of Dodge, Stellantis, already has a few electric vehicles in their lineup.

Stellantis’ newest platforms are expecting to start coming out in 2023, while Fiat, Peugeot, Citroen, and Vauxhall all already have electric vehicles on the market. 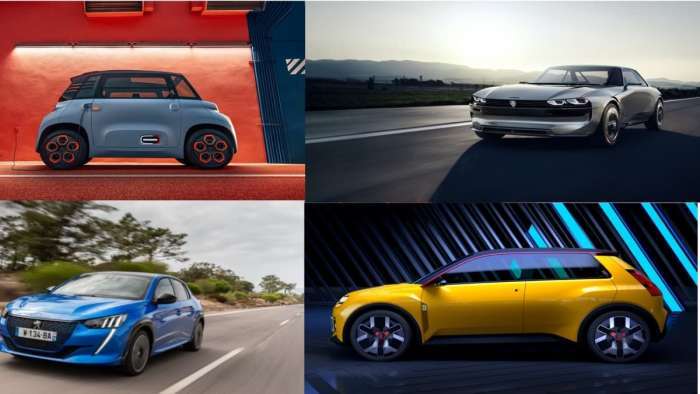 The parent company for these brands expect their newest models to have ranges up to 800 km (497 miles) which is nothing to scoff at.

Some fans of Dodge, the Ram Truck enthusiasts in particular, may be interested to note that Stellantis and Dodge do seem to have plans to introduce a long-distance EV in the Truck/SUV segment, with good money being on an Electric Ram 1500 being on the horizon.

Further, Jeep promises to bring the 4xe, a plug-in hybrid of the popular Wrangler platform. It’s expected to get up to 25 miles on just the battery but will also have a 4-banger to supplement the charge and get around 50 MPGe, a respectable range for such a capable SUV if ever I saw one.

A lot of you may be concerned that an electric muscle car just won’t have the same sort of feel as the gas-powered icons of today, and that’s a valid concern. The roar of the V8 may cease to be, replaced by a low hum and the high-pitched whine of capacitor banks. The rumble of that huge iron block making the entire car tremble in anticipation of translating the explosions of dead dinosaurs into power to melt tires may be silenced, and the muscle cars of tomorrow may be silent, and still like quiet jungle predators, waiting to strike.

Instead of announcing all its power to the world in that glorious automotive hymn, the next generation of near silent street predators will only growl and whine through their tires as they tear down the asphalt.

We, as gearheads, are allowed to mourn the loss of that song, but we should be excited for the birth of a new era. An Era of torque on demand.

My good friend once told me that Horsepower sells cars, but torque wins races, and if that’s the case; electric motors just happen to outperform gas, hands down. Electric motors do not have the typical power curve seen with internal combustion engines, where a certain RPM produces the most horsepower and torque, and instead simply put out the power and torque based on the flow of electricity to the motor itself, making them capable of seriously stunning feats of automotive agility.

In conclusion, while we haven’t seen any actual promises for an electric Challenger or Charger, I think it’s safe to say that the Dodge team will be working on something fun.

I, for one, am excited to see what they have to offer in the coming years, but I just cannot see myself giving up my gas-powered baby soon, despite the promising performance of various electric vehicles. I know I’ve said it before, and I’ll probably say it again, but I just have a hard time enjoying a drive when the transmission is automatic. I like to be in control of all of that power and I hate to cede that control to a computer, even if that computer is smarter and faster than I am.