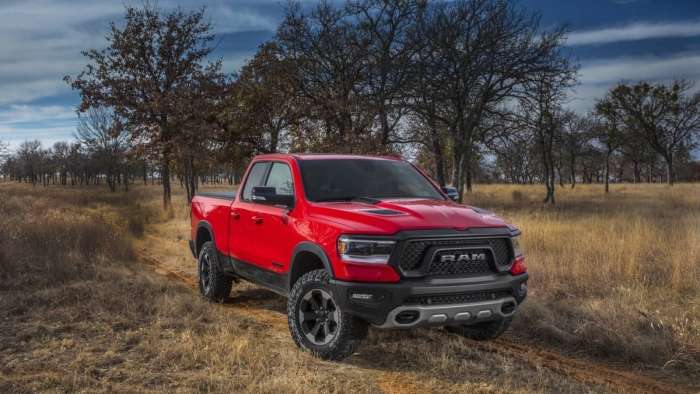 Both GM and Ford are working on electric versions of their popular trucks. Now Ram is updating its plans to bring an electric truck to market.
Advertisement

Mike Manley, who heads up Stellantis’ North American operations told investors last fall that an electric pickup was coming. Now, after a shareholder’s meeting, we have a better idea of when we might see an electric version of the popular Ram 1500 pickup. Ram could debut an electric truck as soon as 2024.

Stellantis CEO Carlos Tavares told shareholders this week that the company is accelerating its plans to bring EVs to market worldwide. Tavares said that the company, which was formed when Fiat-Chrysler merged with Peugeot, is working on several sizes of all-electric battery platforms. At least three new platforms will support different sizes of cars and one larger platform will power large SUVs and trucks. According to reports, the global battery-electric platform for large SUVs and trucks is set to debut in 2024. Tavares says according to the plan, the truck and large SUV platform will get at least 310 miles of range.

Electrified Versions of Nearly All Vehicles Will be Available Sooner

Tavares says that in the meantime, by 2025, more than 95 percent of the nameplates the company sells in the United States will have an available electrified version, like a hybrid. Right now, in the United States, Stellantis only has a plug-in hybrid version of its Chrysler Pacifica minivan and is debuting a 2021 Jeep Wrangler 4xe plug-in hybrid. They have promised that an electrified version of the Jeep Grand Cherokee will debut later this year. Jeep also received a lot of positive publicity recently for an all-electric Jeep Magneto concept that was unveiled at the Moab Easter Jeep Safari. The Magneto concept builds off the popular Jeep Wrangler.

Meanwhile, General Motors already has two electric pickups on its drawing board. The 2022 GMC HUMMER EV pickup will go into production later this year at its Detroit-Hamtramck plant renamed Factory ZERO. GM says an all-electric Chevy Silverado will also be built at Factory ZERO, but did not give a timetable. Ford has suggested that its electric F-150 could enter production in the first quarter of 2022.

Stellantis is expected to release more details about its plans for electric vehicles during its electrification day for investors July 8, 2021.