Toyota's 4x4 Land Cruiser is On a EV Horizon

Toyota is planning to bring the stunning performance of electric vehicles to their already impressive Off-Roader, the 4x4 Toyota Land Cruiser! Thanks to an ongoing trial in Australia, a battery powered Electric Land Cruiser may soon be in the grasp of consumer drivers as this trial will rocket Toyota's EV Program even further into the future.
Advertisement

The Toyota Land Cruiser has been a staple in off-roading for 70 years. Its first generation was a scrappy goat similar to the Willys truck used by the American military in the 40 s and 50 s. As of 2019, Toyota reports selling over 10 million units, and its long-standing SUV has seen service in militaries, militias, and racing events, but until recently there was some fear that the Land Cruiser might fall into obscurity as IC Engines are replaced by electric motors.

Doing a lot of testing in the Australian Outback has granted the Land Cruiser one of the most rugged platforms available and it is this rugged quality that has seen the Land Cruiser used in an official capacity as several countries’ main military off-road vehicle. Since its inaugural launch in 1951, the Land Cruiser has been fitted with power to all four wheels and an internal combustion engine. Thanks to it’s use in the outback, a mining company named BHP with nickel mines in Australia has chosen to task Toyota with turning one of their iconic off-roaders into a battery Electric Vehicle.

While this may not become a production vehicle for some time, the trial shows promise for Toyota’s future of electrification. Toyota was quick to enter the low emissions vehicle segment with their introduction of the Prius, a heavy 4-door hybrid that was focused on efficiency. It has been successful for them, with 6.1 million Priuses having been sold worldwide as of 2017. The first generation of Prius was released in 1997, so even though the Prius has only been around for 24 years, it’s sold two thirds as many vehicles as the Land Cruiser over its entire 70-year lifespan. 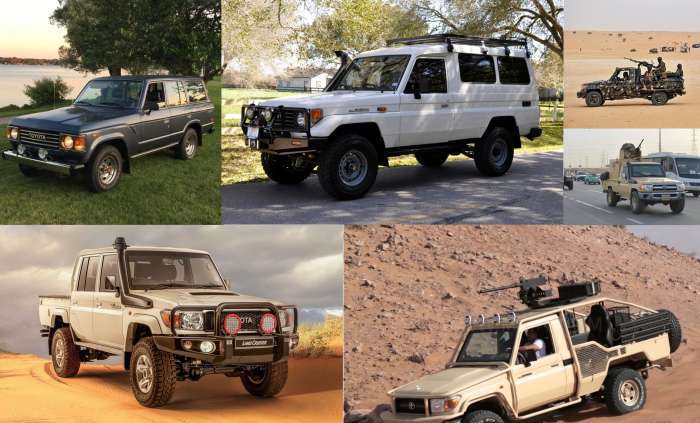 My father bought a 1986 Land Cruiser in 2003 and gave it to me in 2008. She rarely got driven and was mostly just a toy to fool around in the North Carolina mountains and back-woods with. She was my first stick vehicle and one of the biggest problems I had with her was my own ineptitude at the time; I didn’t know how to manage her 4-wheel-drive system in a way that would allow her to climb through mud and dirt like the goat she truly was, and I got her stuck in the woods a few times, but with dad’s more experienced hand at her helm, she was able to get free on her own every time.

That vehicle, despite its quirks and the difficulties I had with her, was a lot of fun and gave me an introduction to manual transmissions that allowed me to purchase my 2013 V6 Mustang in 2020 without needing someone to help me get it home. She and I parted ways in 2010 because I’d not actually driven her in the 2 years that she was mine, but I miss her to this day.

Thanks to BHP, we could see the Land Cruiser enter the new age of consumer electric vehicles and all the benefits that an electric powerhouse provides can only make an already impressive off-roader even more capable. Toyota Australia’s Rod Ferguson has suggested to CarsGuide that the trial is being conducted with the intention of “something more for more customers”, a statement that can only mean good things for off-roading enthusiasts and lovers of large SUVs alike.

If Toyota does bring an electric Land Cruiser to market, it will have to compete with the Volkswagen ID.4, which successfully completed the esteemed Mexican 1000, and with the GMC HUMMER EV, which is slated to release with 1000 horsepower and the ability to tilt both sets of wheels to move diagonally using “crab-walk” mode. Competition is one of the best parts of the automotive community as with each iteration of vehicle, we see new advances to try to out-do the “last guy”. 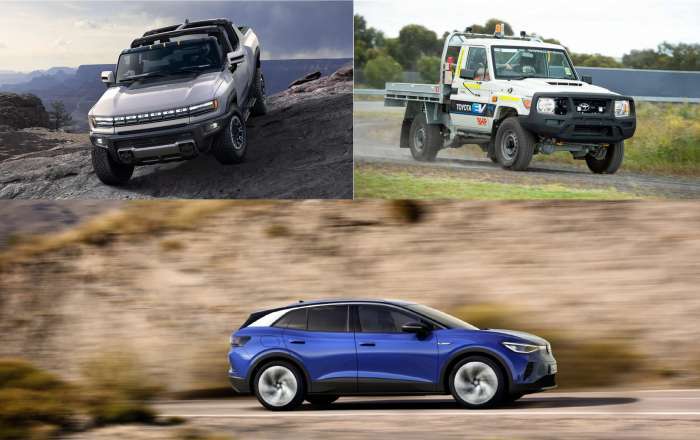 What we’ve seen of the electric Land Cruiser has been limited, but it’s so far been shown to be a capable tool for the mining industry and their applications can be some of the most demanding in the world. It’ll be fascinating to see how the truck they’ve shown us thus far will evolve and grow as the trials continue and Toyota looks towards a consumer vehicle’s development and release. I know that I’m watching in eager anticipation; fingers crossed, I will be able to relive some of those mountain climbing days in a much more environmentally friendly, quieter vehicle. Just thinking about how quiet it might be, driving the nature trails may be more interesting than ever as critters will be less likely to be sent running by your auditory assault.