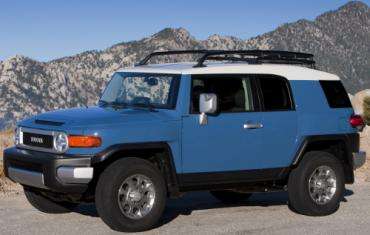 Approximately sixty year ago, Toyota started a journey across roads, muddy terrains, mountains, cities and any other environment of which one could think. Today, Toyota is still going strong and is celebrating the Land Cruiser’s 60th anniversary.
Advertisement

With model cars of which Toyota is truly proud, they are celebrating their brand all over the world, including at the 2011 Frankfurt Motor Show. The Toyota Land Cruiser has conquered the dust, burned in the sun, cooled down in the water and mastered every challenge put in front of it. Through it all, Toyota Land Cruiser enthusiasts were always there. Fans of the Land Cruiser never let the brand down.

To help celebrate the 60th anniversary of the Toyota Land Cruiser, Toyota created small video tribute showcasing a timeline of the popular SUV as an “anniversary gift”. The video takes viewers through each of the different generations of the vehicle and briefly shows some exciting off-road footage of the old versions of the Land Cruisers. It then shows how the Land Cruiser has grown and changed over the years, while still maintaining its ability to rough the tough terrain.

The Japanese car maker, Toyota Motor Corporation developed the Toyota Land Cruiser in a series of four-wheel drive vehicles. The development of the first generation Land Cruiser began in 1951 as Toyota's version of a Jeep-like vehicle. In 1954, production began and has not stopped since.

The Land Cruiser has been produced in many different forms. The brand manufactured Land Cruisers that were convertible, hardtop, station wagon, and utility truck versions. What made the Land Cruisers so incredibly popular over the years, with incredibly loyal customers that keep coming back for more, is the vehicle’s reliability and longevity.

The car is popular in the United States; however, Australia is where it the full-size, body-on-frame, four-wheel drive vehicles are sold. Australia is also the place where Toyota extensively tests the Land Cruisers due to the extremely harsh conditions of the Australian outback environment. Australia is considered to be one of the toughest operating environments in both temperature and terrain, which makes it perfect to test the Land Cruiser on all accounts.

The main rivals to the Land Cruiser are the Range Rover, Land Rover Discovery, Mitsubishi Pajero and Nissan Patrol. However, the Land Cruiser still seems to come out on top as far as popularity to consumers.