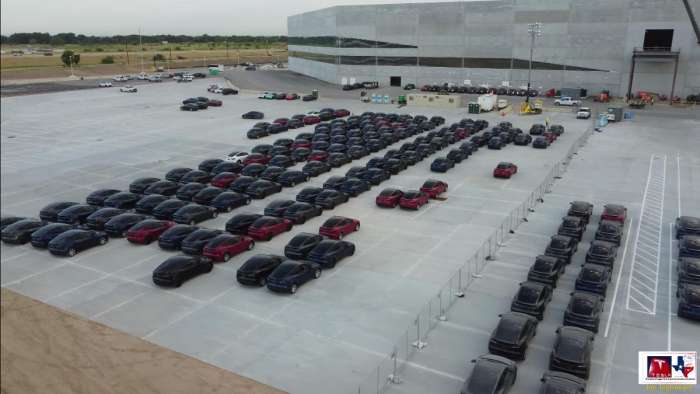 Tesla recently posted production and delivery numbers for Q2 which were 15% less than what the EV maker delivered in Q1 2022. However, with the ramp of Giga Texas & Giga Berlin, Tesla is poised for record production for the second half of the year.
Advertisement

Yesterday Tesla revealed production and delivery numbers for the 2nd quarter of 2022. According to Tesla’s investor relations page, in the quarter ending on June 30, the EV maker produced over 258,000 vehicles and delivered over 254,000 vehicles.

Compared to the first quarter of 2022, when Tesla delivered 305,000 vehicles, this quarter marks a rare 15% decrease in production and deliveries for the EV maker.

The main reason for the production decline is the shutdown of Tesla’s China factory for the entire month of April and having to operate under severe restrictions in the month of May. In those 2 months, Tesla has lost out on the production of close to 100,000 vehicles.

Still, despite the one-off closer of Tesla’s Shanghai factory in this quarter, the EV maker has still managed to grow deliveries by 46% year over year.

This was incredible execution on Tesla’s part especially given the circumstances. However, the good news might just be starting.

According to Tesla, despite the quarter starting out with significant challenges, by June, Tesla not only managed to restore production to its earlier state but has also managed to make more vehicles in June than in any month in the EV maker’s history.

And Tesla’s June performance sets up the EV maker for incredible growth in the second half of 2022. According to some estimates, Tesla’s June production number is approximately 130,000 vehicles.

If Tesla only maintains this number throughout the second half of the year, the EV maker will be able to produce 780,000 more vehicles in the next six months. This will bring Tesla's 2022 production and delivery to 1.35 million vehicles or 44% growth over 2021.

However, 1.35 million vehicles might be at the lower limit of what Tesla can produce in 2022. Currently, Tesla is ramping production at two of its new factories in Germany and Texas.

Related News: Where is Elon Musk?

Elon Musk has recently revealed that Giga Berlin has reached a production run rate of 1000 vehicles a week and the factory has also recently added a second shift and has started producing the Model Y Long Range in addition to the Model Y Performance.

And at Giga Texas, recent leaks have suggested that the factory has reached a production rate of between 2000 to 5000 vehicles a week after starting production of the Model Y Long Range in addition to the refreshed Model Y with 4680 cells and a structural battery pack.

And when you add all this new capacity, Tesla will likely achieve a new production record in the second half of the year.

As of now, it’s impossible to say by what percent Tesla will grow production in 2nd half of 2022 however, we will be sure to keep you posted as we learn more about Tesla’s plans. Until then, make sure to visit our site torquenews.com/Tesla regularly for the latest updates.

So what do you think? Disappointed by Tesla’s Q2 delivery numbers? Also, what is your expectation for Tesla’s production for the rest of the year? Let me know your thoughts in the comments below.

For more information check out: Elon Musk Says Design Of Tesla Cybertruck Is “Locked” & Pushes Production To “Middle Of 2023”