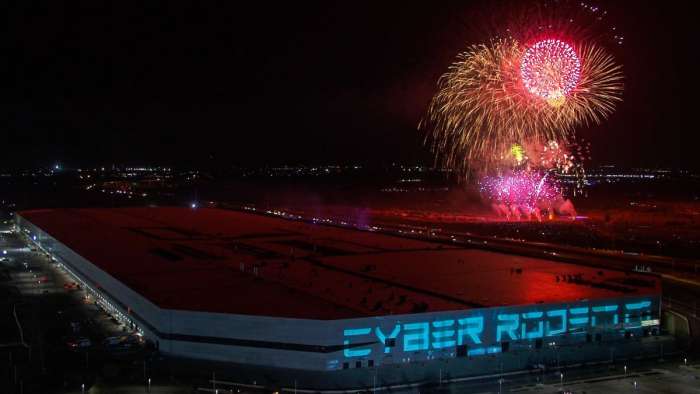 According to a new estimate by Morgan Stanley, Tesla has delivered a record 158,000 vehicles in June. If the estimates are correct, this means, Tesla has already reached an annualized vehicle production run rate of 1.9 million cars.
Advertisement

Tesla recently announced production and delivery numbers for the second quarter of 2022. According to Tesla’s investor relations page, in the quarter ending on June 30, the EV maker produced over 258,000 vehicles and delivered over 254,000 vehicles.

Compared to the first quarter of 2022, when Tesla delivered 310,000 vehicles, this quarter marks a rare 15% decrease in production and deliveries for the EV maker.

The main reason for the production decline is the shutdown of Tesla’s China factory for the entire month of April and having to operate under severe restrictions in May. In those 2 months, Tesla has lost out on the production of close to 100,000 vehicles.

Still, despite the one-off closure of Tesla’s Shanghai factory this quarter, the EV maker has still managed to grow deliveries by 46% year over year.

Related News: Tesla Set For A Significant Production Increase In The 2nd Half Of 2022

This was incredible execution on Tesla’s part especially given the circumstances. However, the good news might just be starting.

According to Tesla, despite the quarter starting out with significant challenges, by June, Tesla not only managed to restore production to its earlier state but has also managed to make more vehicles in June than in any month in the EV maker’s history.

To be clear, Morgan Stanley did not share Tesla’s June delivery however, the firm has given us Tesla’s total sales in 2022 up to May. And until the end of May, according to Morgan Stanley, Tesla has delivered 408,869 vehicles.

And if we multiply Tesla’s June performance by 12 months, then we get an annualized vehicle production run rate of 1.9 million cars. Just to highlight the magnitude of Tesla’s achievement here, for the whole of 2021 Tesla only sold 936,000 vehicles.

So a run rate of 1.9 million vehicles means Tesla has managed to grow production by more than 100% in less than a year.

Having said that, there are a couple of things to keep in mind when analyzing these numbers. First, reaching an annualized run rate of 1.9 million vehicles doesn’t mean Tesla will deliver these many vehicles in 2022.

To deliver 1.9 million vehicles, Tesla will need 12 months of uninterrupted production meaning, we will need to count Tesla’s deliveries from June of this year to June 2023.

Second, Tesla’s June delivery numbers might not be an accurate representation of the EV maker’s monthly production numbers. Since Tesla has more demand than production capacity, usually when talking about Tesla the words production and delivery are used interchangeably.

Related News: Where is Elon Musk?

However, even though Tesla sells all the vehicles it can produce, the cars still need to be transported, sometimes several thousand miles, before they can be delivered to new owners.

So Tesla’s June delivery of 158,000 vehicles undoubtedly includes cars produced in April and May.

This will cut Tesla’s current production run rate stated above. However, the EV maker might not be too far off from reaching an annualized run rate of 1.9 million vehicles.

In the last couple of weeks of the second quarter, Tesla has added a second Model Y production line at Giga Texas. So now Tesla’s Texas factory produces the Model Y Long Range in addition to the refreshed Model Y, with 4680 cells and a structural battery pack, which the EV maker has been producing at Giga Texas for the past 3 months.

After the addition of the new Model Y production line, some estimates have suggested Giga Texas has already reached a weekly production rate of between 2000 and 5000 vehicles.

In the same few days of the last quarter, Tesla has also added Model Y Long Range production at Giga Berlin. This is in addition to the Model Y Performance the EV maker has been selling out of the Germany factory for the last few months.

If this wasn’t enough, Tesla is also upgrading Giga Berlin and Giga Shanghai in the first few weeks of July and once those upgrades are complete vehicle output is expected to increase in both factories.

So, even if Tesla is a little short of an annualized production run rate of 1.9 million vehicles currently, all the expansion projects taking place at the end of June and start of July suggest the EV maker is perhaps one or two months out from reaching this number.

Tesla is currently undertaking several exciting expansion projects and as of now, it’s impossible to say exactly by how much the new projects will increase production. However, we will be sure to keep you posted as we learn more about Tesla’s plans.

So what do you think? Excited that Tesla has managed to increase vehicle production by this magnitude this fast? Also, what is your estimate of Tesla’s total deliveries for 2022? Let me know your thoughts in the comments below.

For more information check out: How Much Money is Giga Berlin Burning Through for Tesla?