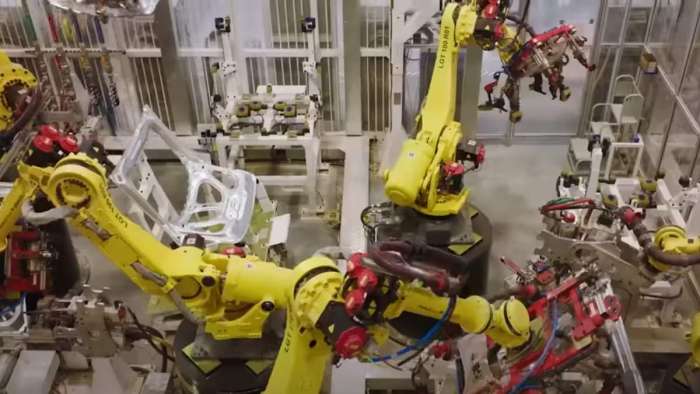 How Much Money is Giga Berlin Burning Through for Tesla?

How much money is Giga Berlin burning through for Tesla? Elon Musk stated that the factory was costing Tesla a lot of money - but just how much is it?
Advertisement

How Much Money is Giga Berlin Burning Through for Tesla?

We recently wrote about what Giga Texas may be losing for Q2, 2022. We don't know for sure, but it's probably around $150,000 for the quarter. We'll know look at what Giga Berlin might be losing.

Tesla Economist did a poll on his Twitter account to see what people thought Giga Berlin might be costing Tesla right now. Here were the results:

Giga Berlin is smaller than Giga Texas, but the Model Y production area is about the same size. A difference with Giga Berlin is that it is using 2170 battery cells, which would have to be purchased instead of made in-house. Energy costs will likely cost more with more workers on the floor.

Costs will be higher due to more cars being produced. They've been able to ramp 2170 batteries faster as well, which will cost more money. But Tesla will also sell more vehicles and sell Performance Model Y vehicles, which will create more cash flow.

A total gross profit might be around $112 million with margins at 28%. Giga Berlin might be at $100 to $150 for this quarter and the analysis for how this happened was using Giga Texas as a reference. With the additional sales, the total amount might be a little less than Giga Texas.

Total Losses for Tesla from Giga Texas and Giga Berlin

A lot of people will be expecting both of these factories to lose a billion dollars in their earnings, but the numbers don't appear to be that.

There's also a little known "Bitcoin" impairment where the price of Bitcoin has gone down and Tesla will have to account for that in their numbers. Giga Shanghai has also had moments of shut down as well. Q2, 2022 has been a very difficult quarter.

The good news is that Q3 and Q4 for 2022 are likely going to be much higher and profitable quarters for Tesla. Tesla's stock price is already factoring in this difficult quarter and a difficult financial environment. It will be much more interesting to hear what Elon Musk has to say on the earnings call.

Progress on future vehicles like the Tesla Cybertruck, as well as progress with 4680 batteries, along with progress with FSD achieving driving safer than the average human this year.

Tesla's energy storage cell and the growth of the energy business will also be important to look at. Will Tesla Energy finally start to grow and show exponential growth?

There's also the split of the stock and with the way the economy is right now, this split might not be as impactful. Either way, the results of this quarter are going to be difficult, but future quarters should be much better.

What do you think about Giga Berlin and Tesla for Q2, 2022? Is this a difficult quarter? Will Tesla do much better in future quarters?