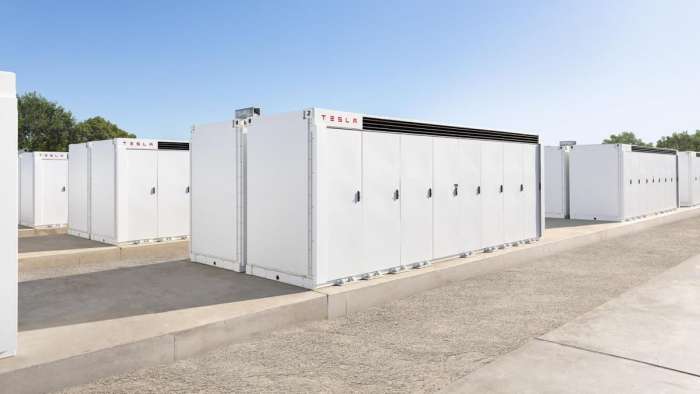 Tesla is Expanding Its Energy Business in China

There are reports of Tesla expanding its energy business in China with solar powered charging stations and its Solar Roof and PowerWall. Let's see what's going on here.
Advertisement

Tesla has combined its solar roof and PowerWall products into a bundle that has to be purchased together. We recently reported of someone who had several PowerWalls installed in their garage along with a solar roof. This person even gets paid for excess energy sent back to the grid!

Tesla's energy products, including its solar roof and PowerWall have been available in limited markets. But, an expansion into China signifies that Tesla is getting ready for global expansion. China is huge. Just based on population alone, this is a great opportunity for Tesla if it can execute and sell its energy products to even a small portion of the Chinese population.

What is PowerWall and MegaPack?

PowerWall is Tesla's energy storage product. A PowerWall has batteries that capture energy - typically from a solar roof, which is then stored in the PowerWall. The user mentioned above had 7 PowerWalls in their garage.

MegaPack is like a series of packed together PowerWalls which include battery modules, bi-directional inverters, thermal management, an AC main breaker, and other controls. The thermal management portion is on top of each MegaPack.

China is over 4 times as populous as the United States. I think the potential for the energy business in China could dwarf the auto business. Imagine if just 5% of the Chinese population was using PowerWall and solar roof. That would be about 70 million people. If each of those people got a loan for around $20,000 for their setup (which is lower than what most energy setups are at Tesla - I've seen them average about $30,000), that would be $140,000,000,000. That's $140 billion worth of energy sales in China with just 5% of the population adopting Tesla energy. Wow.

I also have no doubt that the battery factory being built near Giga Shanghai is going to assist Tesla in its energy business. The big question is will there be regulation in China that slows Teslas progress in expanding its energy business?

Tesla is beginning to expand its energy business in China. With such a large market, how big can it get? Will China regulations stop Tesla from expanding as much as it wants to?

jg wrote on June 28, 2021 - 4:53pm Permalink
You can’t get these products in most of the US so naturally they should start concentrating on other countries. That Generac system is looking better and better.