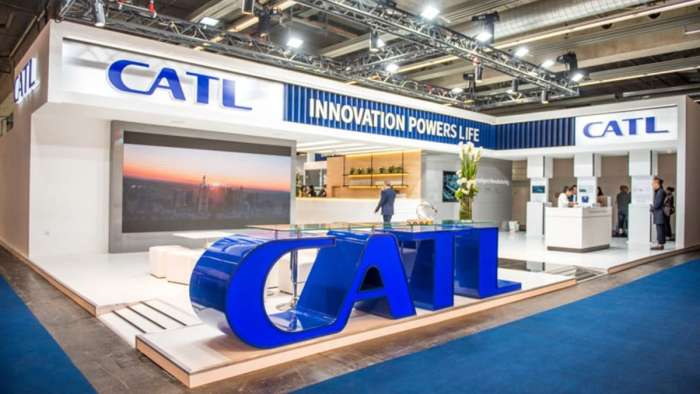 A Giant Battery Factory is Being Built by Tesla Giga Shanghai

We have recent news of a rumor of a giant battery factory that is going to be built close to Tesla's Giga Shanghai factory in China. There are reports that this factory is from CATL, a Chinese battery manufacturer, and will produce 4680 battery cells for Tesla. What's going on with this and why does it matter? Let's talk about it!
Advertisement

What is the factory?

It is reported that CATL (Contemporary Amperex Technology Co. Limited), which is a Chinese battery manufacturer, specializing in the production of lithium-ion batteries for electric vehicles and storage systems, is building a battery factory close to Tesla's Giga Shanghai in China. How far away will this factory be?

There are reports of the plant being located south of Tesla's Shanghai factory in Lingang, Pudong New Area. Just how close the factory will be is undetermined, but I'm sure we will hear more details as construction nears.

The number, 4680, simply represents the dimensions of the battery: 46 millimeters in diameter, 80 millimeters in length. The batteries are reported to be easier to manufacture and more powerful than Tesla's existing batteries.

On a side note, I wonder if the 4680 battery cells will be used in the Tesla PowerWall?

There are reports that this factory will help produce batteries for the future "Model 2", the $25,000 car for Tesla, as seen in the above Tweet. What are the implications of this?

If Tesla can get a $25,000 car produced in China and the U.S., with the new 4680 batteries, the implications are staggering. If made in the U.S., after tax incentives, the price will be $15,000 (without full self-driving). The cost will be similar in China.

If Tesla can be the first to produce a robust, reliable, and affordable model, at scale where millions can be sold, it will take Tesla well beyond its current value and greatly accelerate the transition to electric vehicles.

I haven't heard of any new Giga factories being created, so Tesla will either need to create new Giga factories in the United States and China, or it will need to expand on its existing factories. I expect that we will hear news of this in the coming months.

I mentioned some things Tesla should do with its cash, and buying more batteries, or buying the companies that supply the batteries is definitely a good use of its cash.

Having this CATL battery factory for Tesla will provide greater scale to its electric vehicles. Will it be for its new "Model 2" car? Or will the batteries be for something else, like the Tesla Model S Plaid or Plaid+?