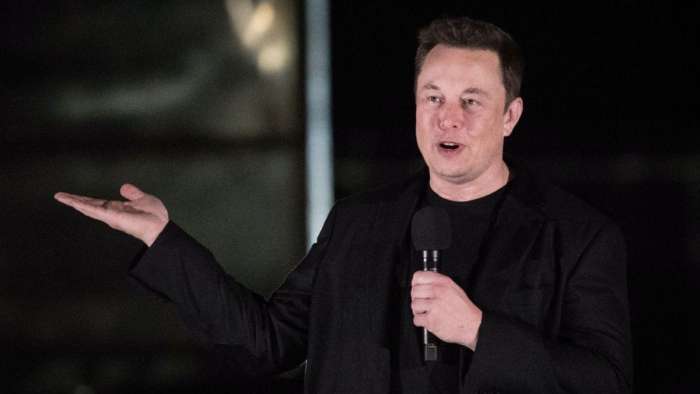 Elon Musk wards of claims of his fleet of products being unsafe. The concern in question was deemed to be an “unintended acceleration” defect where the car would accelerate without driver input. This would be very unsafe.
Advertisement

Brian Sparks is an investor who believes Tesla is currently overvalued, and is in a bearish position with the company. He petitioned for Teslas Model S, Model X, and Model 3 to all be recalled in order to fix this “not-so-safe” feature that all of Elon’s cars are apparently having. Let me just say that this guy is definitely making it obvious that he is bearish on Tesla. Sparks wrote “I believe Tesla vehicles have a structural flaw which puts their drivers and the public at risk.”

Elon quickly debunked this supposed defect and called out Sparks by saying: “This petition is completely false and was brought by a Tesla short-seller.”

The National Highway Traffic Safety Administration decided to go ahead and look into these claims to ensure public safety. They began reviewing the case on Friday that could affect roughly 500,000 Teslas.

Tesla has a unique battle to fight in its pursuit of ruling the nation with EVs. It is imperative that Tesla defend not only its name, but also its reputation because when something as important as the safety of their cars is in question it could seriously hurt the company.

With the stock as controversial and volatile as ever, it would make complete sense as to why Sparks would be willing to petition something like this especially if he is short a position in TSLA.

Tesla's stock (TSLA) has nearly doubled since October, netting insane daily and monthly gains. While the entire market is mostly pretty green, Tesla in particular has made some outstanding runs since the initial climb began in October.

Tesla not only forks out amazing products but their cars are incredibly safe. They are loaded up with the standard safety features you can get on every car, plus more. When I say more, I’m talking features like sentry mode that literally video records the surroundings of your car, to dog mode which converts your Tesla to a tiny dog house. Elon claims that his cars only accelerate when the driver tells them to, that’s Tesla’s claim, and that is what we will go with.

Also, check out one of my latest stories, which I wrote a few days ago discussing the Tesla Model 3 Performance as a beginning of a new era. See you in my next story discussing how Tesla became the 1st U.S. publicly traded company to reach 100 billion stock valuation.

DeanMcManis wrote on January 22, 2020 - 1:06pm Permalink
In some ways this is totally expected. Tesla short sellers have been promoting half-lie stories on the internet for many years now, and making millions in the process. The big advantage of publicizing false stories on the internet is that by the time that they get proven wrong they have already done their real job, which is discrediting Tesla and bringing doubt into people's minds about the company and their products, to bring the stock price down. Since there has been a recent surge in Tesla stock prices, I figured that a great many short seller speculators lost money recently, and are looking to make some money back quickly. And that came true with a series of new stories about SUA (Sudden Unintended Acceleration) and remote product update ordering issues. The thing is that like earlier SUA cases where drivers accidentally stepped on the gas pedal instead of the brake, and those where the accelerator pedal got trapped under the floor mat, it is pretty easy to place blame on the automakers, and maybe get a legal settlement without having to prove anything. But Teslas have several safety systems built in that virtually eliminate the possibility of hardware or software issues causing SUA, and importantly they have very detailed real time system recording so that they can track any claim in any Tesla vehicle immediately. So they actually know that in every single case where SUA was claimed it was a false report. Plus this person who filed the petition never owned a Tesla, and was an active Tesla stock short seller, with a history of promoting scams and online "protests" designed to make money. The name Tesla gets clicks these days, so many news and auto website quickly promote and spread these stories without doing any fact checking first, or they only include the "facts" that support their story. And it is always done in the name of "telling the truth" when in fact these stories promote half lies, often putting a negative spin on the facts to portray a false conclusion.

Tsingshan's Threat to Tesla: EV Maker Is In Battery Crosshairs
Tesla-Funded Research Reveals One of The Biggest Mysteries of EV Battery
END_OF_DOCUMENT_TOKEN_TO_BE_REPLACED