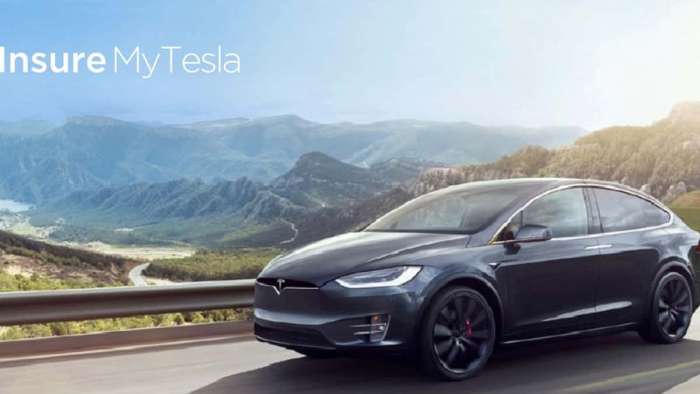 Tesla Model 3 Performance: The Beginning of An Era

The Tesla Model 3 has been an instant classic since its release in July of 2018. The base model starts at $35,000 and the performance model starts at just over $56,000 These numbers are far below what you’d think the car was worth. So has Tesla gone too far?
Advertisement

Tesla has without question been one of the most impressive manufacturers of the decade. While they remain the household name when it comes to cars powered by electricity, they are also prime examples of the cutting edge of technology.

Jumping into it, Tesla has always been a controversial word in both the financial and automotive world. In both worlds, there are two kinds of people. There are people who love Tesla, die hard Tesla fans, that will hold their shares until death. Then there are other people who believe Tesla is just a fad that is overvalued and will soon collapse to zero. While one of these kinds of people may be right, I believe that you cannot discount the product that Tesla puts out.

The Model 3 Performance is an entry level sedan that comes standard with a few accents that can be differentiated from the normal Model 3. To begin with, the most substantial changes start with the horsepower. The standard model 3 comes out of the factory with 280 horsepower. The Model 3 Performance comes standard with 470 horsepower… definitely a huge jump. It clocks a 60 mph time of 3.2 seconds which is absolutely ridiculous and is comparable to the BMW M3 which is a lot more expensive.

The Performance model also increases the battery range from 220 miles to 310 miles which truly shows off Elon’s dedication to making every car on the road an electric car. One final drivetrain addition that the Model 3 Performance has brought to the table is its ability to maneuver around the track. In the past, some of the fastest Tesla’s have demonstrated their ability on the track but one thing that was always lacking was a way to properly cool the car under aggressive conditions. The Model 3 Performance brings a solution to the table when it is switched into track mode from the infotainment system.

The Interior of the Model 3 and the Archade

The interior of the car is where the magic really happens, and where our question emboldens: has Tesla gone too far? The enormous all-powerful iPad-like infotainment system in the dash of the Tesla has brought four brilliant functions among others that differentiate it from any other car on the road. The four functions include: Dog mode, Sentry mode, Tesla Arcade, and Theater mode are unstoppable. To begin with, the media potential really begins when you venture into Theatre mode. Theatre mode only works in park (thankfully) and it allows you to stream different applications such as YouTube, Netflix, Hulu, and others. The flip side of Theatre mode is the Tesla Arcade.

The Tesla arcade is truly a testament to how far advanced Tesla is to other automakers.

The Tesla arcade transforms not only the center screen, but the dashboard into an arcade gaming controller. You can select through different arcade games that are similar to Galaga or racing simulator games. All of these are controlled using the steering wheel and even the pedals to truly immerse the driver in a Tesla filled experience. Dog mode frees Model 3 Performance owners from ever worrying about leaving their dogs in the car again. When enabled, the AC turns on and it shows the interior temperature of the car on the screen.

Lastly Sentry mode is a security feature that begins when the car is parked and locked. There are cameras surrounding the car that are used for auto-pilot but double as security cameras. They are motion detected and if there is an attempted burglary the car will ping the owner’s cell phone. All these features have been lightly grazed and quadruple in detail when you have the time to experiment with the interior of this car.

All of this comes equipped on the new Tesla Model 3 Performance, in the year 2019. Since it’s release we haven’t seen any other cars that have even come close to these technologies, the Porsche Taycan has definitely demonstrated its potential when it comes to competing with the Tesla drivetrain, but in terms of making a truly unique user experience they haven’t dove into those waters yet. This is what allows Tesla to rein king in this environment and is probably why there are so many die hard Tesla fans.

One thing is for sure, Tesla has not gone too far. The truth is, they still haven’t gone far enough. When we see technological advancements like playing video games in your car using the steering wheel and pedals or 310 miles of charge from a $56,000 car, you can guarantee that this is not the only trick up Elon Musk’s sleeve. It will be exciting to see what Tesla has in store for the new decade, the 20’s.

See you in my next story where I am discussing the end of the Subaru's EJ engine as well as in this story discussing how Tesla made the Model X a family EV Supercar SUV.

DeanMcManis wrote on January 16, 2020 - 4:22pm Permalink
Interesting article Alex. You mentioned EV range, performance, value, and entertainment/security, but not Autopilot, which is controversial, but important in modern cars. Also you didn't really mention the Tesla Model S, which has most all of the Model 3's capabilities, and even better performance, but at a higher price. And even though the Model S is a good competitor for the Taycan Turbo S, the Model 3 Performance is close in some ways, but still off from Porsche's top EV, except perhaps for the base model 4S. You also probably should have mentioned the Model 3 Long Range, which has dual motors like the Performance, but gets 322 mi EV range, and 0-60 in 4.4 sec. And an $2K over the air update for the Model 3 LR shaves the 0-60 to 3.9 sec! And lastly, you should mention about the Tesla's low operating costs. All EVs benefit from not burning gasoline, and being able to charge up at home cheaply for most owners, and the relative simplicity of electric motors mean that much of the maintenance needed with internal combustion engined cars are not needed with EVs. But of course super quick acceleration, good handling and braking, and high tech amenities aren't cheap, so even though the Model 3 is priced well against high performance, near luxury rivals, there are certainly less expensive economy cars out there.
John Goreham wrote on January 18, 2020 - 12:44pm Permalink
Have you ever seen a Tesla Model 3 new for sale with a total price of $35K? I visited Tesla in Dedham and asked the Tesla sales employee if he had ever seen one and the answer was no. This was after Tesla had claimed they were available at that price. If you ever do see one, take a picture of the Monroney sticker. It would make a great story.
DeanMcManis wrote on January 18, 2020 - 5:15pm Permalink
The base $35K Model 3 is a special order item, but the Standard Range Plus model starts around $40K and includes a partial premium interior and Autopilot as well as a 250 mile range and 0-60 in 5.3 sec. The Model 3 was the 6th best selling car in the U.S. in 2019, so I'd say that most buyers can see the car's value at it's current price. The Model 3 Performance still has ZERO BEV performance car rivals available to buy today, let alone anything that comes close to it's 3.2 sec 0-60 capablity and track mode. The new Porsche Taycan 4S can match the Model 3s handling and braking, but it is considerably slower, has 2/3rds the EV range, and starts at $104K!!
Scott wrote on February 9, 2020 - 9:09pm Permalink
Yea but it’s a Porsche and the feel of the two cars is night and day. Drive an S model Tesla then drive the Porsche’s Taycan. Note that’sa complete package. Can’t wait to see what Porsche & Tesla di in the future. #electriccarsareheretostay.
DeanMcManis wrote on February 10, 2020 - 2:34pm Permalink
Definitely. As I mentioned, the Porsche has some advantages in design, road feel, fit and finish. But at double the price, you have to be rich and/or a dedicated Porsche fan to pay 2X, to trade those Porsche advantages for Tesla's lower cost, higher range, and added practicality. The most important part is that Porsche has shown that they are truly committed to building performance EVs, and it is very impressive that they have come out with such a competent high performance EV with their first attempt. It is equally important that the Taycan Turbo S is now one of the quickest Porsches ever built, and it can run competitively against other impressive traditional European performance cars that run off gasoline. With regard to Tesla, their Plaid Model S and X are due out later this year, with even better performance than before, and possibly 400-500 miles of EV range to revisit the super-EV performance competition. Also possibly coming out later this year will be the new Tesla Roadster which will reset all the high scores and past automotive performance records, with a sub-2 sec 0-60 and sub 9 sec 1/4 mile capability. I think that Porsche will next be releasing their Macan EV soon as well, which should be a worthy challenger to the Model Y Performance coming out next month.
justjn wrote on March 6, 2020 - 9:11pm Permalink
that's a model X pictured, not a model 3 :p