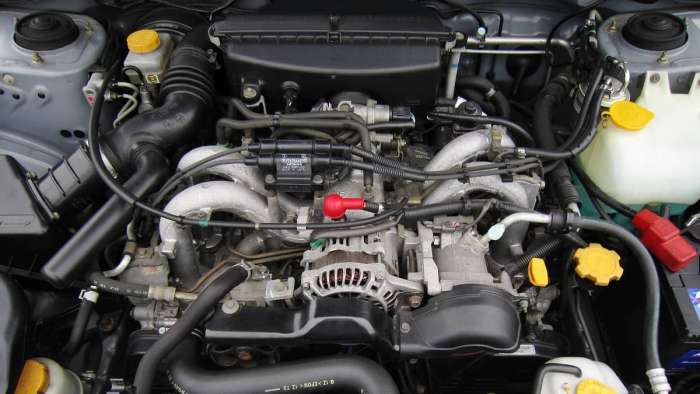 The End of The Subaru EJ Engine: A Farewell

In 2020, Subaru announced the last production version of the EJ series motor that has been in their family for, well, awhile now. The EJ Engine came to the US in 2002 and the first Subaru STI model was brought to us in 2004.
Advertisement

The EJ Subaru Engine is well renowned for its distinctive rumble sound, its tuning potential and dominance in motorsports. Subaru’s flagship model the WRX and STI have all been powered by this engine series until 2015 when the WRX name dropped the EJ25 and added a BRZ variant of Subaru’s new motor the FA series. Meanwhile, the motorsports famous STI kept the tried and true EJ25 that has since released very capable variants like the S209 and Type RA specs. Sadly, this is the end of an era and the beginning of a new one. This one however, has no rumble.

As we wipe tears from our eyes and carry onward, we are able to recognize the 2020 Subaru STI as the final EJ series WRX/STI and it is both happy and sad. It’s exciting from all the rumors that we’ve heard such as the FA24 variant from the Ascent and Outback that would provide the same performance that the current gen WRX provides (in it’s own way) but with more displacement (FA20 = 2.0liter FA24 = 2.4liter).

If this turns to be true it could mean an entirely new platform that may be explored for enthusiasts like myself. If it flops, it could mean the end of a generation of oil sucking gear heads who’ve blown a motor or two. It could be a hybrid motor with an electrical motor since it seems that’s where the trends are going and Subaru has an entirely separate market to cater to.

We need to think of Subaru in this instance. We asked for a turbo BRZ, and they gave it to us but it was wrapped into a 4 door sedan and a WRX emblem was slapped on it. Granted, this platform is entirely respected with massive potential but it’s relatively new so we are still seeking reliable numbers above 500 ponies to the wheels. With that being said, the potential provided with corn (E85) fuel has shown that this motor is insanely capable when fed alternative fuel sources should the economies move toward that in the future. A corn fed STI with an FA24 sounds absolutely bonkers around the Nurburgring and on your way to Walmart to buy some deodorant or munchies.

That being said, the future of the STI is unknown but we are able to foreshadow the future of the WRX with its current state and position in their marketing lineup with the STI being their most expensive model next to the Tahoe rival, the Ascent. The 2020 STI is an homage to the famous and endlessly memed engine that enthusiasts will truly truly miss. The 2020 model has ramped it’s way up to three hundred and ten horsepower weighing in at three thousand fifty pounds giving it a power to weight ratio of about eleven pounds per horsepower.

Its base model price comes in right under $37,000 which is honestly reasonable for what you get when you jump in this car. Not only is it the farewell to one of the greatest motors of our time but it also has a state of the art all wheel drive system. A couple of ways to pick out the 2020 model versus the ones before it are its new wheels and the removal of its fog lights. The wheels are machined in a different fashion on certain spokes around the wheel that give it a distinctive look. The fog light bezels have lost their fog lights and they are now painted piano black with a mesh/grill type look molded into the plastic.

In closing, we have officially entered limbo in terms of what to expect for the future of the STI. I imagine we will have more of an idea at some point in 2020 as they approach launching the 2021 models but I’m not sure that we will have a 2021 STI as we quickly approach it later in the year. What we do know, is that Subaru has developed a highly capable new motor series known as the FA series. We saw them introduce this engine in 2012 along side Toyota to develop the FRS/BRZ/86 cars, then they waited 3 years and released it in the 2015 WRX only turbocharged, now it’s been 5 years for them to see the pros and cons of the motor. I’m hoping they release a really strong version of it for the next gen STI.

The EJ motor hasn’t changed much since 2002, but that might be why every person who owns one of these cars loves it so much. I’ve owned three WRX’s in my life, a currently own a 2015 with that is powered by the FA. My other two were 2003’s and they were powered by the EJ20. My current car is much faster, cozier, safer, and more efficient, but it doesn’t sound as good as my other WRX’s did, and I believe that is what we will miss the most from the EJ series. This is a farewell.