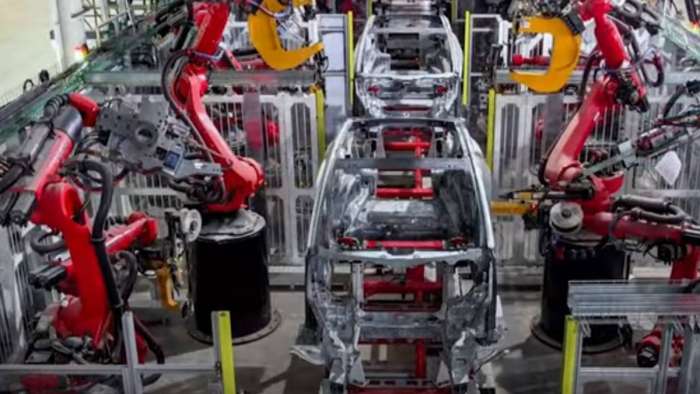 Chip shortages are affecting deliveries, but this is a temporary issue. And this is just from one of Tesla's four locations. Tesla wants to take their production to 22,000 vehicles per week, according to another source not wanting to be identified. That is almost 100,000 per month. That's huge and equates to about 1.1 million vehicles per year.

There are a lot of new production processes that get refined every time Tesla builds a new factory. Is 22,000 per week surprising? I don't think so. Tesla continues to innovate and iterate with all of its processes, improving always. They have set the gold standard for manufacturing.

CATL is also starting a new factory in China and it will most likely be building batteries for electric vehicles. Tesla will need all the vehicles it can get. This will affect Tesla's ability to deliver vehicles. If you time this with Tesla building its additional factory in Shanghai, this would align together. It may not take long...

Tesla will continue to improve in China and CATL batteries will play a role in deliveries. We can estimate Tesla's yearly run rate in 2024 as follows:

That's a total of about 6 million vehicles for 2024, which I don't think anyone is expecting. The start of 2024 would be a run rate of about 4.2 million. And this doesn't count new Gigafactories that Tesla is most likely going to announce. I would expect Tesla to announce two additional factories at the end of this year as Giga Berlin and Giga Texas will be online and ramping at that time.

Tesla will also have other factories coming online in 2024, most likely. Let's say that these two new factories produce 100,000 vehicles each in 2024 in the 2nd half. And as those factories continue to ramp to 1,500,000 vehicles per year, you could see 2025 having a total delivery amount of around 8 million vehicles. If Tesla continues to follow the model of innovation and opening new factories every couple years, I can see Tesla reaching their 20 million vehicles per year run rate.

There's also the chance Tesla will build its Model 2 (compact car) at a new building in China, in order to satisfy the demand of those who cannot afford a Tesla at full price. However, I don't see this happening until supply chain issues have been resolved and Tesla can handle the demand.

I think Tesla will continue to improve their manufacturing and processes and each new factory will get even better - and each old factory will continue to improve. I've got to be honest here, I don't know how Elon Musk does it. He has built a culture of amazing people that are continuously improving and with the way Tesla stock has gone, I'm not surprised he's been able to attract such talented people.

Is Tesla going to announce a new Gigafactory this year? Will it build the Model 2 or some other model? Will Tesla get to 8 million vehicles per year in 2025?

Yehuda Or wrote on March 2, 2022 - 8:49am Permalink
News on Tesla and Lucid are very interested