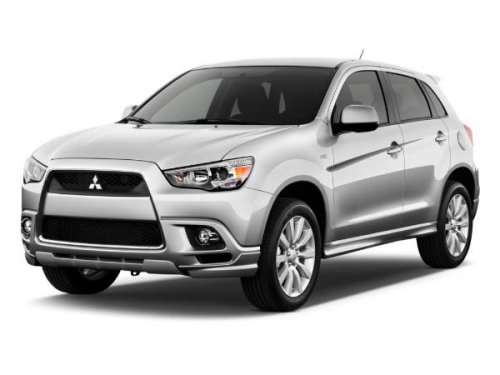 The 2013 Models Coming to Showrooms This Year

There are several confirmed models in a new 2013 iteration that are coming to showrooms at dealerships around the nation before 2012 will be out. Here is a list of the 2013 models you can expect to see soon.
Advertisement

BMW has confirmed that the new 4-door, 5-seat 6 Series Gran Coupe (4,5,6!) will be in showrooms this year. A new iteration of the best-selling 3 Series 4-door will also be coming this year. Beamer's Mini division will introduce two new models this year, including a Roadster version of its coupe 2-seater and a 2-door version of the Countryman hatchback called the Paceman.

Chrysler-Fiat has two models entering the market this year. The 2013 Dodge Dart is a new rendition of the old moniker, this time based on a Fiat model. This will be the company's new flagship. Chrysler will also be introducing a new showpiece under its new SRT performance brand. This will be the Viper replacement arriving later this year.

Ford is going with its best-selling North American cars in 2013: the Fusion midsize and the Escape compact crossover. These two see new design elements and powertrain improvements. They'll be joined by the all-electric Focus and new makeovers on its Flex crossover and venerable Taurus sedan. The uber-powerful Shelby will also be introducing the GT500 convertible. Lincoln, the company's luxury brand, will introduce its new MKZ compact sedan as well.

General Motors will have several new models and looks rolling out under its various brands. The re-designed Malibu sedan will be coming as will several s-market cars under the Chevrolet logo. These small cars include the Spark, which before was only a European brand, but which will appear in Canada and likely the U.S. this year. GMC will be bringing the Granite subcompact crossover along with its sister under the Buick plate, the Encore. Finally, GM's Cadillac will bring the ATS compact to 2012 showrooms as well as the brand's flagship, a new rendition of the XTS sedan based on the LaCrosse. And don't forget the new Corvette Convertible.

Honda brings its new Accord family to market this year. The company is also giving a thorough re-design to its struggling premium brand, Acura. This includes a new ILX to replace the TSX and a re-designed RL mid-sized sedan plus a new RDX crossover.

Hyundai-Kia is adding a sedan version of its Rio5 hatchback and an Elantra Touring model 4-door hatchback. The Veloster gets a more powerful turbo-charged engine and the Genesis coupe has been re-designed inside and out.

Mazda will be adding a new midsized 6 sedan and a CX-5 crossover.

Mercedes-Benz will have a lot happening in its showrooms later this year. Its new compact B-class arrives later this year in a 4-door hatchback and then variants. A new SL-Class re-design is coming as well as a GL-class and 3-row version of the M-Class. Continuing with its branding, the company is adding the C-Class GLK crossover with some new styling. Finally, the company's struggling Smart brand is bringing its ForTwo model in its new rendition thanks to the company's teaming with Renault-Nissan.

Nissan is adding a hatchback version of the high-selling Versa and will be adding new models to the Altima sedan, Murano crossover, and Sentra compact. The Pathfinder is getting a thorough re-fit, moving to a car-based platform much like the luxury Infiniti JX crossover.

Subaru will be introducing its new BRZ compact sports car as well as a crossover version of the Impreza compact 4-door called the XV. The Forester compact crossover will also be re-designed.

Toyota is adding the diminutive Yaris-based Prius C as the company's smallest and cheapest hybrid. The RAV4 compact crossover is getting a new look as well and so will its big brother the Land Cruiser. Lexus is adding the GS sports sedan and re-doing the ES sedan. Finally, the company's tiny brand Scion will be bringing the FR-S sports car as a collaboration with Subaru (who's calling it the BRZ).

Volkswagen is going for broke this year for 2013 sales. Its Audi brand is launching performance versions of the A-series (A6, A7, A8) with a new turbo V8. The A4 is not being forgotten and gets a haircut while the Allroad will be introduced to replace the A4's Avant wagon model. The A5 and S5 coupe and convertible get updates in styling and powertrain. The Q5 crossover might be coming in diesel and definitely as a hybrid this year. Porsche is going to show off the new 911 Carrera/S models and will bring a new look for the Boxster roadster. Finally, VW itself launches the high-performance Golf R, a hybrid version of the best-selling Jetta, a convertible Beetle, and a new CC four-door design.

Expect to see cool things in showrooms this year!

Matthew wrote on January 17, 2012 - 9:35am Permalink
I'd check your sources on the GMC Granite. From what I hear it's in the dust bin of good concepts that died on the table. It'd be awesome if it made it to production, but that's not what I'm hearing.
Dan wrote on January 17, 2012 - 10:39am Permalink
No mention of the impending Mazda 3 Kodo redesign? Should be showing up spring 2012...curious when the first pics will be out.