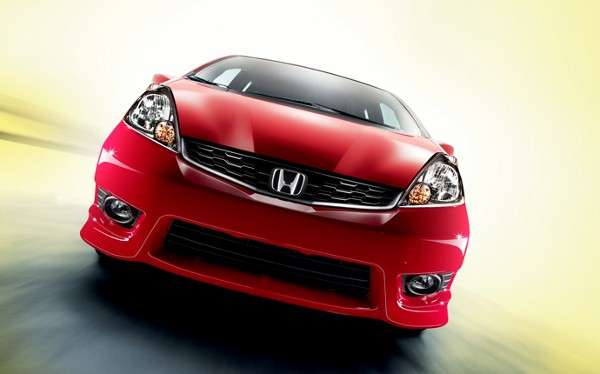 Despite a stellar reputation for economically priced quality built cars, American Honda is recalling the 2013 Fit. We take a closer look at the numbers.
Advertisement

Following last weeks article praising Honda for producing an entry level car of exceptional utility and value, Honda opted to recall 1038 Japan built and imported North American Fit hatchbacks. The current recall like most is a failsafe method of insuring public safety, when it comes to drivetrain components.

Honda’s 2015 roadside service policy won’t help these owners. None the less, Honda believes it’s better to be safe than sorry. Honda’s not telling us what variant of the 2013 Fit is involved in the recall. Consumers may enter their car’s Vin # here and check the recall status of the Fit.

Honda tells Torque News that by gleaning information gathered through warranty claims, they've discovered a pattern developing in the failure of the 2013 Fit right side driveshaft.

While there is no report of related accident resulting from this failure to date, Honda’s not taking any chances. The implications are, that if the driveshaft fails at any speed, the car can’t be self driven off of the roadway.

Although the numbers are miniscule for a car model that has sold 4 million + worldwide since its release in 2007, due diligence and accident prevention compels Honda to recall the quality built Fit.

Ironically, the company with the highest award winning safety record in North America, records one of the industry's highest rates of recall.

Torque News-Honda has reported on several Odyssey minivan recalls in as many months; possible airbag control relay failure, brake and fuel pump plastic gas strainer, to name a few. None of these voluntary recalls were compelled or implemented due to accident or personal injury.

The same holds true for the 2014 Civic tire recall. Fearing a “possible” side wall failure due to the over-compression of the tire’s sidewall bead, compelled Honda to recall fewer than 2,000 effected Civics. An amazingly small number considering that Civic is the best selling compact car in North America.

No one in the manufacturing sector is immune to part failure and subsequent recall. Honda is second to none in remmedying the possible defect at no cost to the consumer.

We know that voluntary recall notifications can be a bit annoying to the consumer and auto dealership affected by the subsequent recall. Honda’s philosophy of customer safety and satisfaction first, as shared with us by its founder, has driven the maker to the # 1 sales spot in North America.

Parks McCants wrote on June 8, 2014 - 11:02am Permalink
No arguments here.Honda says safety first and I agree.