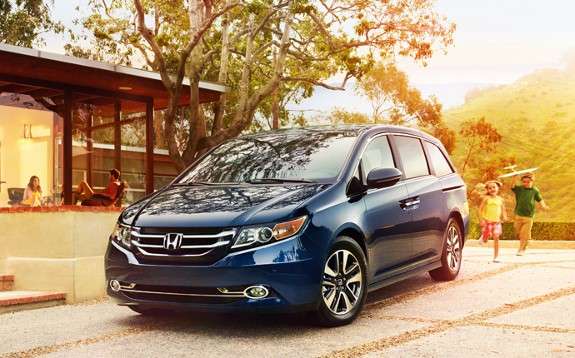 2014 “ top safety + rating: “Better safe than sorry” could be scrolled across page one of your Honda Odyssey owner’s manual. Unfortunately the best selling minivan in North America fell victim to several recalls for 2014.

Granted, none of the aforementioned flawed components installed in Odyssey between 2007 and 2014 has resulted in bodily harm. That’s a good thing; Honda is quick to recall vehicles based on consumer complaint and service-tech feedback.

Why so many recalls? The manufacturing of a vehicle composed of well over 100,000 parts is a quality control, timed production ballet performed between man and machine.The fact that we don’t experience greater call back numbers in the auto industry is nothing short of a miracle. Honda continually monitors manufacturing process, quality control and service center data.

The Honda Odyssey, like all other mass manufactured cars and trucks is a “component” vehicle, assembled with parts provided by many O.E.M. suppliers. American Honda Motors contracts with no fewer than 600 in North America. The most insignificant flaw in a supply-line part can result in a manufacturer's recall. No part is insignificant when it comes to reliability and consumer safety.

This time, a pre-tested electrical relay recruited in the deployment of the passenger side curtain airbag, may have been damaged during assembly. We emphasize and underline “may have.”
Unfortunately a shorted relay could result in the delayed or non-deployment of an airbag in the case of collision.

To date there has been no reported instance of delayed side curtain airbag deployment in any of the 28,889 vehicles recalled.

Over 300,000 Odyssey minivans were produced and sold in North America for model year 2013. Honda will surpass that number for 2014. Honda Odyssey is the number one selling minivan in North America.

The 28,889 vehicles tagged in the latest Odyssey recall represents a 3 to 4 week production run.
Honda will contact owners impacted in the May with voluntary recall participants receiving repairs and dealership apologize,assurance and empathy at no cost to the consumer.

Parks McCants wrote on May 2, 2014 - 1:44pm Permalink
People that own them love them. I drive an 07' It's bullet proof. With 70,000 miles on the O.D. has been trouble free and remains extremely tight to this day. Although I find the Odyssey to be a bit "trucky," it's a trouble free daily taskmaster second to no other in the industry.