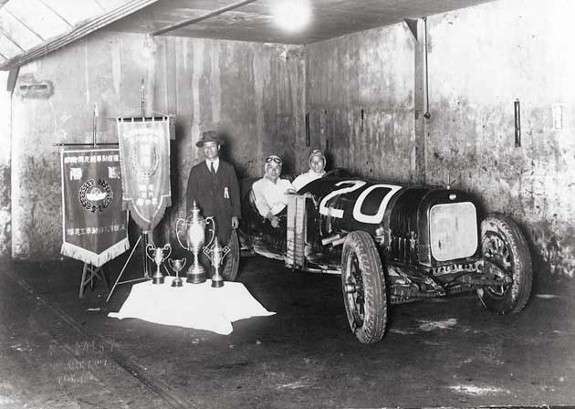 Soichiro Honda smiles as the 10 millionth U.S. made Accord leaves Marysville

Today the 10 millionth Accord, came out of the Marysville, OH. Honda plant. Honda was the first foreign owned car manufacturer to set up shop in North America. Now #5 in North America, Honda is as American as Mom and Apple Pie.
Advertisement

March 20, 2014 marks the day that the 20 millionth Honda drove off of a North America assembly line. Great success, thanks to the Honda loyal and the principles of company founder Soichiro Honda

We believe that one mans philosophy of fair play, accountability and honor has catapulted the Honda automotive brand to #5 in North America. Honda is the largest I.C. automotive engine, motorcycle manufacturer on the planet.

Honda's corporate philosophy is one of fair business practice, reliability and value perceived through affordable quality, while placing the customer’s safety first.

For Honda owners, the icing on the cake is corporate’s outspoken concern for the environment. When they speak of “Blue Skies for our Children,” they back the slogan with cutting edge I.C. and Hybrid low emissions levels and carbon cutting emission technology second to none.

Until you hear Honda’s founder speak, read or listen to his story, the history behind the company is lost behind the image of the techno-wonder that is the 2014 Accord Hybrid; Acura MDX SUV and the soon to arrive Acura TLX Sport Hybrid.

Out of the vision, fortitude and drive of one man born in 1906, to a working class family of rural pre-war Japan; Soichiro Honda took his childhood ingrained passion for motorcars and turned it to racing.

It was his participation in open wheel racing, cars and motorcycles that provoked Honda’s development of motorcycle component based automotive manufacturing. As they say, the rest is history.