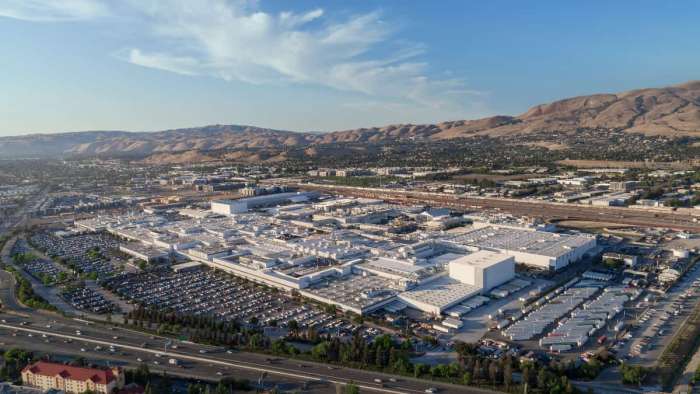 Tesla's stock price has gone down by 4.8% following Elon Musk's decision to sell 10% of Tesla shares. Musk made the decision after holding a Twitter poll.
Advertisement

After the recent run-up in Tesla’s stock price, Elon Musk has once again reclaimed his short-lived position as the richest person in the world. Musk’s net worth currently sits somewhere around $310 billion. This makes him the first individual in modern history to have amassed a net worth north of $300 billion.

And as the richest person in the world, there have been increased calls for Musk to help out various social causes. In addition, Musk has also been facing increased scrutiny from the US government with the latter proposing a new billionaire tax that could cost Musk as much as $50 billion in the next 5 years.

Musk has also been criticized for not paying his fair share of taxes. Since the start of the pandemic Musk’s wealth has grown by around $200 billion. In the meantime, Musk has paid practically nothing in taxes.

However, Elon’s gains are on paper, the value of his Tesla shares has grown immensely but, he does not have $200 billion lying around somewhere. That means in order to pay taxes Musk will need to sell his Tesla stocks, realize the gains he made then pay taxes.

This weekend, Musk held a Twitter poll asking his 63 million followers whether he should sell 10% of his Tesla stock in order to pay taxes. Musk followed up the poll with a tweet saying he will abide by the results whichever way they fall.

After 24 hours the results were in with over 3 million individuals casting their vote. 57% of participants were pro Musk selling his Tesla stock and the remaining were against it. With that Musk will be officially selling 10% of his Tesla stocks.

I will abide by the results of this poll, whichever way it goes

Throughout the weekend there was a lot of speculation as to whether Musk’s decision will cause a sharp fall in Tesla stock price. On Monday, Tesla opened at $1,148 per share down from a Friday close of $1,221.

However, the stock recovered slightly ending the day down around 4.8% at $1,163. As of writing premarket Tesla stock price is slightly down trading around $1,150 per share.

Given Tesla’s recent incredible stock market gains and Musk’s decision, there was fear Tesla’s stock price will tumble significantly however, the stock going down only 4.8% is a testament to how much interest Tesla is garnering lately.

As of now, we are not sure how Tesla’s stock price will react once Musk starts actually offloading his Tesla shares. We will be sure to keep you posted if Tesla stock significantly moves to the up or down. Make sure to visit our site torquenews.com/Tesla regularly for the latest updates.

So what do you think? Do you agree with Musk’s decision to hold a Twitter poll to decide whether to sell his Tesla stock or not? Also, did you participate in the poll? If so what did you vote for? Let me know your thoughts down in the comments below.

LG's New EV Battery Plant Is a Welcome News for Tesla
Tesla Giga Berlin's New Hurdle: It's Not Only the Gov't, but Now Tesla Itself
END_OF_DOCUMENT_TOKEN_TO_BE_REPLACED