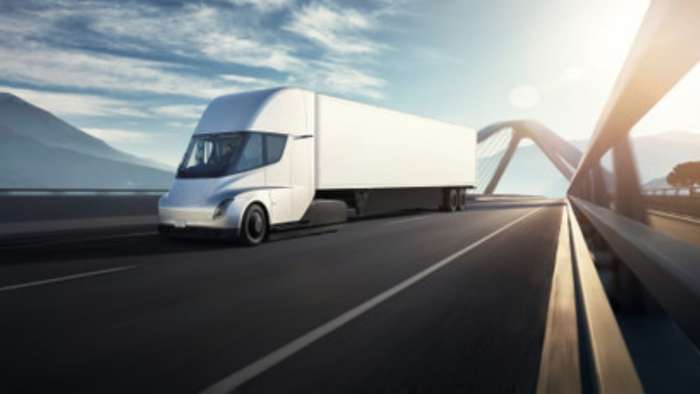 The stunning news that Pepsico will be receiving deliveries of Tesla Semi trucks in Q4 2021 (yes, 4th quarter of 2021) just came out (on CNBC), according to Pepsico CEO and Chairman, Ramon Laguarta, who made the Net-Zero pledge announcement today at Glasgow´s COP21 in Scotland.
Advertisement

During the CNBC interview he discussed about investing in the carbon credit market, and given the fact that Pepsico has its own network, its own truck fleet and its own delivery system, Ramon was asked if he would be buying Rivian products, or some sort of hydrogen-powered truck from some company; to which he stated that

"… transportation is about 10% of our overall gas emission, so it´s important, and we´re working on different solutions; as you think about it, you know, we replace our fleet regularly every ten years, more or less – that´s the life of a truck – and we´re already starting to buy electric trucks, actually from Tesla – I don´t want to promote anybody but that´s the brand we´re using so far – and we´re getting our first deliveries in Q4, so it is something we started a few years ago and we´re working with Tesla." 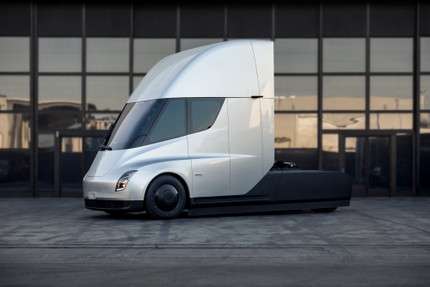 He continued "... but, clearly, to make this pivot which is late in our journey, because we think this technology is now too expensive and we hope it´s going to go down - we´re working on that to go down- to make this transition I need clean energy, no matter … even if the cars are electric, still they´re going to be very polluting if we don´t change the grid to clean energy, so I need, what I was saying earlier, I need policy makers to help us pivot our electric grid to a clean electric grid so that electric vehicles can be zero pollutant. That´s the journey for us and you´re right, the truck is a big component – 10% of our gas emissions – it´s a big pillar of our transformation."

Not only investing in the carbon credit market and specifically in electrifying its delivery fleet is a good thing for Pepsico (or, in fact, for any other company with a similar delivery volume), but it also makes total sense from an economic, cost-benefit point of view, as the Tesla Semi is an incredible vehicle.

What is a semi of a truck? A typical semi-trailer is an 18-wheeler made up of three main components: the engine, the cab, and the trailer. The size of the truck requires the installation of three axles for a reasonably comfortable and smooth ride.

BREAKING: Pepsi CEO just said on CNBC that Tesla will be delivering Tesla Semi’s to them in Q4 of this year despite Tesla saying that deliveries will start in 2023. pic.twitter.com/4k5ZkEZjIa

The Tesla Semi is Elon Musk's brand electric truck. It is a tractor truck trailer type and will have 4 electric motors in the rear axles; without a load it will accelerate from 0 to 60 miles in 5 seconds and with a load of 80,000 lbs (36,287 kg) it will do it in 20 seconds. This is more than twice as fast as a diesel truck. It can maintain a speed of 65 mph (105 km/h) going up a 5% climb fully loaded, whereas a diesel truck can only maintain 45 mph (72 km/h) under the same conditions.

It will have up to 500 miles (800 kilometers) of autonomy and will be available from 180,000 dollars, in the extended range version; while the 300 mile (480 km) option will cost approximately $ 150,000 dollars, according to the latest information. Its arrival was expected for 2022, according to the latest information available up until this morning; but now we are greatly (and gladly) surprised to see it will be coming in Q4 2021.

It is more than welcomed in a world that desperately needs options for sustainable and eco-friendly road transportation; maybe that is precisely why the announcement was made directly from COP21 in Glasgow, Scotland. In any case, kudos to Ramon Laguarta and Pepsico, (and for Tesla) and we look forward to the Tesla Semi being broadly available in 2022.

All images in this article courtesy of Tesla Inc.

John Goreham wrote on November 8, 2021 - 5:59pm Permalink
This is very exciting news. We are knee-deep in Q4 2021 right now. I hope Tesla takes some delivery images for the media to use. Commercial EVs are so much better for the environment than personal fleet use. Like the Amazon/Rivian deal, I support using limited battery availability on vehicles that run all day every day.

LG's New EV Battery Plant Is a Welcome News for Tesla
Tesla Giga Berlin's New Hurdle: It's Not Only the Gov't, but Now Tesla Itself
END_OF_DOCUMENT_TOKEN_TO_BE_REPLACED