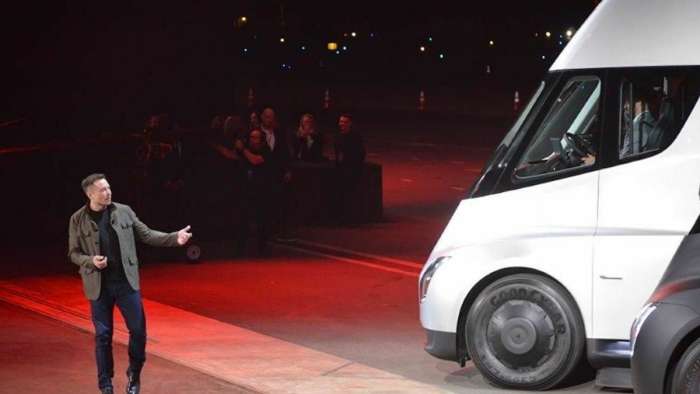 Serious Competition Arise for the Tesla Semi in Europe

A potentially significant new player has emerged in the Semi-trailer truck arena, which could prove to be significant competition for the Tesla Semi. The company Futuricum (www.futuricum.com) has just presented in society a new Semi Truck that, in fact, has just broken a Guiness record in "Greatest distance by electric rigid truck, single charge".
Advertisement

But let's go from general to specific: What is a semi of a truck? A typical semi-trailer is an 18-wheeler made up of three main components. These are the engine, the cab, and the trailer. The size of the truck requires the installation of three axles for a reasonably comfortable and smooth ride. What is the difference between a trailer and a semi-trailer?
TRAILERS are vehicles without a motor, which are towed or towed by a tow vehicle (rigid truck); and SEMI-TRAILERS are vehicles without motor, which are hooked or coupled on the 5th wheel of a tractor head resting part of its weight on the same tractor head. In 1914, August Fruehauf invented the "motorized" semi-trailer in Detroit, Michigan, and his innovation grew into a world-renowned tow truck company, forever changing the freight forwarding industry in America.

The Tesla Semi is Elon Musk's brand electric truck. It is a Tractor Truck Trailer type and will have 4 electric motors in the rear axles; without a load it will accelerate from 0 to 60 miles in 5 seconds and with a load of 36 287 kg it will do it in 20 seconds. This is more than twice as fast as a diesel truck. It can maintain a speed of 105 km/h going up a 5% climb fully loaded, whereas a diesel truck can only maintain 72 km/h under the same conditions. It will have up to 804 kilometers (502 miles) of autonomy and will be available from 180,000 dollars, in the extended range version; while the 480 kilometers (300 miles) option will cost approximately $ 150,000 dollars, according to the latest information that I have at the time of writing this article. Its arrival is expected in 2022, if everything goes according to expectations, although there can always be surprises in terms of timing, in the case of Tesla announcements. 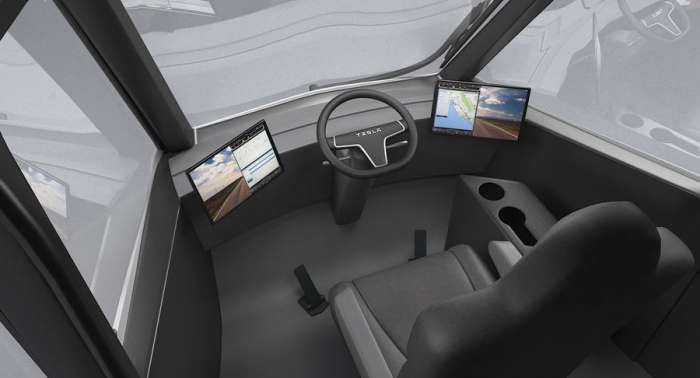 This is where the possible and highly likely competition from the Tesla Semi appears: Futuricum's e-truck just set a new world record by traveling 1099 km ( around 686 miles) on a single charge. According to the latest information available on its website, “… with Europe's most powerful electric truck, the three partners DPD Switzerland, Continental and Futuricum have set the GUINNESS WORLD RECORDS ™ title for the longest distance covered by an electric truck without a recharging stop . The project team reached a total of 1,099 kilometers in 23 hours - that's just under 683 miles". That is certainly good news for the transportation companies, for the industry in general, and more importantly: for the environment and the planet.

According to Futuricum, with a total of 1,099 kilometers (686 miles), the private express and package service providers DPD Switzerland, the e-truck brand Futuricum and the premium tire manufacturer Continental have secured the GUINNESS WORLD RECORDS ™ title for the longest distance covered by an electric truck without a charging stop. For the record, the partners used an e-truck that has already been in use in delivery traffic for six months, proving that sustainable, energy-efficient and cost-efficient electric mobility in the transportation industry is not a mobility concept of tomorrow, but is already a reality on European roads today.

At first, the weather conditions were not ideal, with a 14°C outside temperature and only about 23°C temperature on the ground. In addition, the wind was blowing at an average of 18 km/h (11.2 mph) with gusts of up to 40 km/h (25 mph). However, after just under 23 hours, the partners were able to achieve the title of Guinness World Record for the longest distance traveled by an electric truck without a charging stop, with 1,099 kilometers traveled.

The 19-tonne truck is based on a Volvo FH and, after being transformed by Futuricum, has more than 680 hp on board and, with a capacity of 680 kWh, it is the largest truck battery in Europe.

Hinnerk Kaiser, Head of Product Development Truck Tires EMEA of Continental, said that “… The upturn in electric mobility has put an even greater focus on the importance of rolling resistance optimized tires” and that “Our tires enable high mileage and extremely low rolling resistance and thus offers the essential characteristics for the economical operation of electrically powered commercial vehicles. The “EfficientPro” is a tried-and-tested model that has been developed especially for long-distance transportation and focuses on range and low rolling resistance”.

With this record, the partners have set a joint signal for a future with sustainable drive systems in delivery traffic and demonstrated the suitability of today’s technologies for everyday use: “We decided to invest in electric mobility at an early stage. The “Futuricum” truck has been traveling between the depot in Möhlin near Basel to the distribution center in Buchs/Zurich for about six months now,” says Marc Frank, Strategy & Innovation Director at DPD Switzerland. “The e-truck can master the roughly 300 kilometers every day without any problems. We are proud that we have now been able to officially document our performance level.”

As I said at the beginning, this is potentially very serious competition to the Tesla Semi, but in this case, it is more than welcomed in a world that desperately needs options for sustainable and eco-friendly road transportation. So, kudos to Futuricum and we look forward to the Tesla Semi in 2022.