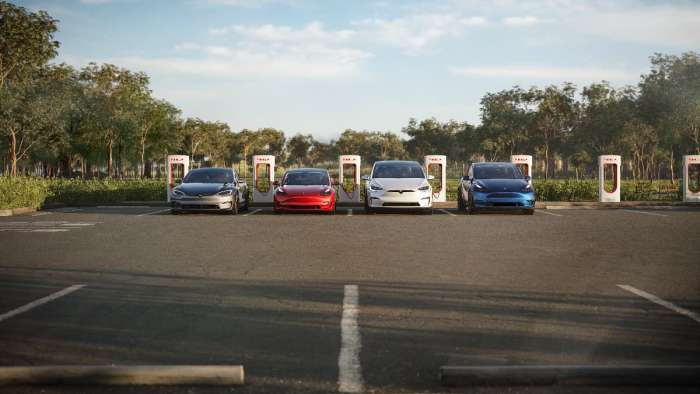 Back in April, Elon Musk announced his intention to buy the social media giant, Twitter. And since this announcement, Tesla's stock has been suffering due to fears that Twitter will take Musk's attention away from Tesla. However, late today we learned Musk has officially decided to walk away from the deal, and unsurprisingly the news has caused a surge in Tesla's stock price
Advertisement

Elon Musk is one of the busiest people on earth. Currently, he is the CEO of Tesla and the space exploration venture he founded, SpaceX. Musk is also involved in other companies he founded such as The Boring Company and Neuralink.

However, on top of his CEO role at two of his biggest companies, Musk is also the Chief Product Engineer at Tesla and the Chief Technology Officer at SpaceX. In his more engineering-focused roles, Musk goes into the weeds making major engineering and design decisions.

For example, Musk is credited as the brains behind the Cybertruck’s stainless steel exoskeleton body. At SpaceX Musk is also behind some pivotal engineering decisions such as transitioning the company’s rocket’s to use methane and changing the body of SpaceX’s upcoming rocket from carbon fiber to stainless steel.

However, if all this wasn’t enough Musk is also a father to 7 children, (perhaps 9 children) and an overall culturally significant individual with several media appearances per month.

For most people, trying to fill Musk’s myriad roles would take several lifetimes. However, the serial entrepreneur has added another big project to his plate by announcing his intention to buy the social media platform, Twitter.

And since Musk announced his intention to buy Twitter, Tesla investors have been following the saga closely trying to figure out what kind of role he would take at the social media giant and if that will take away from his duties at the EV maker.

Answering this question, at the recently held Qatar Economic Forum, Musk said he planned to take a similar role at Twitter as he currently has at Tesla and SpaceX.

Given the value of Musk’s time, in the last few months, every time a story came out pointing to Elon getting closer to completing the Twitter, Tesla shares have been falling sharply.

Related News: The Truth About the Tesla Model Y After 40,000 Miles

However, today, in a filing with the SEC Elon Musk announced that he is no longer interested in buying Twitter. According to Musk, the reason the deal fell through is that Twitter has failed to hand him information proving less than 5% of daily active users are bots.

Musk quts Twitter, but this merger tem is going to be the important deciding factor in Twitter vs. Musk case. https://t.co/geLgmGi3uN pic.twitter.com/Sa7L5gH9Lw

For some time, signs had already begun that Musk might be looking to walk away from the Twitter deal. However, the fact that the deal is officially over has also brought some good upside momentum to Tesla stock.

Since the story broke, after-hours Tesla stock went up as much as 3% from $752 per share to $776 per share. However, it has given up some of its gains and as of writing is trading at around $769 per share.

We won’t know exactly know how much of a big deal Tesla investors will find this news until the markets open on Monday morning. However, we will be sure to keep you posted as we learn more about the issue.

So, how do you feel about Elon Musk walking away from the Twitter deal? Also, how do you think the news will affect Tesla’s stock price? Let me know your thoughts down in the comments.

For more information check out: Elon Musk Says “The 3 AM Oil Is Being Burned” to get Tesla’s Next FSD Beta Iteration Out