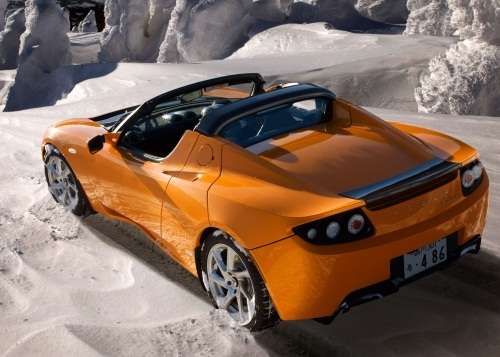 For most of the year Elon Musk has claimed Tesla would start to be "cash flow positive" in December 2012, and now he is claiming the company has reached that milestone.
Advertisement

On Monday, Tesla Motors co-founder and CEO Elon Musk posted a tweet claiming that last week the company was "cash flow positive". For a company that has, for its entire existence, been losing money (burning cash) this is a significant milestone, even if the meaning of "cash flow positive" is unclear from a business accounting perspective. It means that Tesla is beginning to turn the corner into becoming a self-standing corporation.

In 2012 Q3, Tesla Motors lost $111 million, while revenues were $50 million, an 88% increase over 2012 Q2. (see Tesla's Q3 had steep losses, predicts rapid revenue gains for Q4 and beyond) For several years Tesla has spent a lot of money building a factory to build the Model S, as well as the engineering and R&D involved with designing that car from the ground up. The revenue was attributed to Model S deliveries, a few Roadster sales in Europe, and battery pack sales to both Toyota (for the Gen II RAV4 EV) and Daimler.

These are steep losses, and Tesla is keeping the company afloat by continual efforts to sell shares to investors to raise capital. No company can keep doing that forever, even when that company has a billionaire in the CEO seat.

What will change that fact is increased sales, and therefore increased production.

Tesla's 2012 Q3 report to shareholders claimed that by December sales will have increased to the point that Tesla will be cash flow positive. In October, Elon Musk made the same prediction on the Tesla Motors blog. In late August, Musk made the same sort of claim to a Dow Jones reporter. At the June shareholders meeting, Musk also claimed the company would shortly be cash flow positive.

It's now December, and this is what Musk has to say.

Musk's basis for predicting the company would shortly become "cash flow positive" is based on sales. He claimed during the Shareholders meeting that Tesla only needed to sell 8,000 cars per year to break even, and that the company had reservations in hand for over 10,000 Model S's last June.

The last known Model S manufacturing rate is 200 cars per week, which is a 10,000 car/year rate. The company claimed a month ago they'd be ramping up the production rate, with a goal of manufacturing 400 cars/week by the end of 2012, or a 20,000 car per year rate.

This means the current manufacturing rate is above the 8000/year threshold Musk claimed last summer would be sufficient to for Tesla to become "cash flow positive".

All these bits of data are consistent with the expected production ramp-up, and a sign that perhaps Tesla will indeed reach the 400 car/week production goal by the end of 2012.

Yesterday the company notified reservation holders waiting for the 40 or 60 kilowatt-hour models that there would be a two month delay (see Tesla announces delayed production dates for some Model S variations) because of other delays in Model S manufacturing.