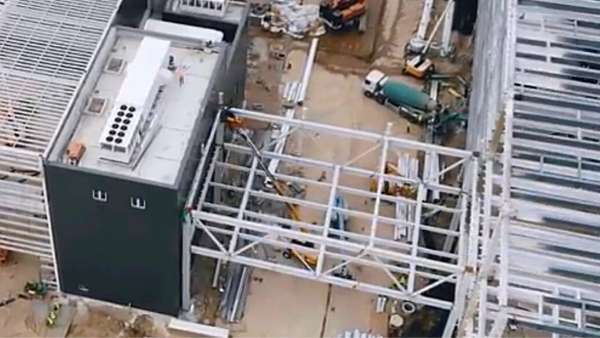 In the footage from Wuwa, a Twitter user Reenath noticed the sky bridge connecting the Tesla's Gigafactory 3's Phase 1 extension section to the Phase 2 assembly lines. A Torque News Twitter friend Ray4Tesla suspects it’s the conveyor bridge for casting pieces used for the ModelY. If true, the speculated casting machine is designed to be shared between the Model 3 and the Y production.

Here is what Ray Twitted.

In the footage from Wuwa, @Reenath noticed the sky bridge connecting the phase 1 ext section to the phase 2 assembly lines. I suspect it’s the conveyer bridge for casting pieces used for #ModelY. If true, the speculated casting machine is designed to be shared between 3 & Y prod. https://t.co/3YcfvQTE0O pic.twitter.com/IdEoaZ955Q

We think Tesla wants to centralize the casting equipment used for the Model 3 and Model Y production.

According to Wikipedia, "casting is a manufacturing process in which a liquid material is usually poured into a mold, which contains a hollow cavity of the desired shape, and then allowed to solidify. The solidified part is also known as a casting, which is ejected or broken out of the mold to complete the process."

I did a little research about casting in production and found out the following.

Tesla also just reached another milestone at Giga Berlin, cutting the piles it hammered last week so it can test the load.

Tesla-Funded Research Reveals One of The Biggest Mysteries of EV Battery
Tesla Tesla Buyer Nets a Whopping $12,000 Discount After Asking for Reduction
END_OF_DOCUMENT_TOKEN_TO_BE_REPLACED