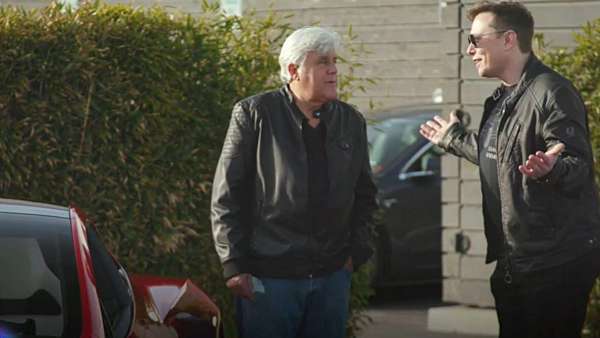 Last week, after telling Jay Leno that the Tesla Cybertruck will be about 5 percent smaller at production, Elon Musk Saturday changed his word and tweeted that after some consultations with Tesla's chief designer Franz von Holzhausen, they came to the conclusion that Cybertruck's size shouldn't change and they can't make the electric truck smaller.

Shortly after the official presentation of Tesla's electric pickup and its absolutely unique lines, Internet users began to question the dimensions of this stainless steel monster. Better yet, a YouTuber had even used augmented reality to show how difficult it was to get him into a standard American garage.

To calm concerns about the massive size of the Cybertruck Elon Musk had spoken on Twitter to announce that he was considering a reduction in the dimensions of his pickup. The length and the width had to be slightly reduced without affecting the interior space or the capacities of the vehicle. Height has never been a problem since it is possible to use the air suspension to lower the vehicle.

But after recently talking about a 3% decrease in overall dimensions and mentioning 5% in the show he shot with Jay Leno, Elon Musk returned to these figures in a tweet. He wrote that he reviewed Cybertruck's size with Tesla's chief designer and they decided that the size of the truck can't be reduced.

Reviewed design with Franz last night. Even 3% smaller is too small. Will be pretty much this size. We’ll probably do a smaller, tight world truck at some point.

However regarding the need for a smaller electric pickup truck, Musk said that a more compact model of the pickup would "probably" be designed "in the future." Does this mean that Tesla will unveil another electric truck, a mid-size electric truck with a different design in the future? What do you think?

Currently, Tesla is looking for a location to build its Cybertruck Terafactory in 2021. The announcement about the location of the plant should come in the next two months. Austin, TX is one of the finalists for Tesla and this property in Hutto, TX, which used to be the runner up for Giga Nevada, may house the first Tesla Terafactory where Tesla will build its electric Cybertruck.