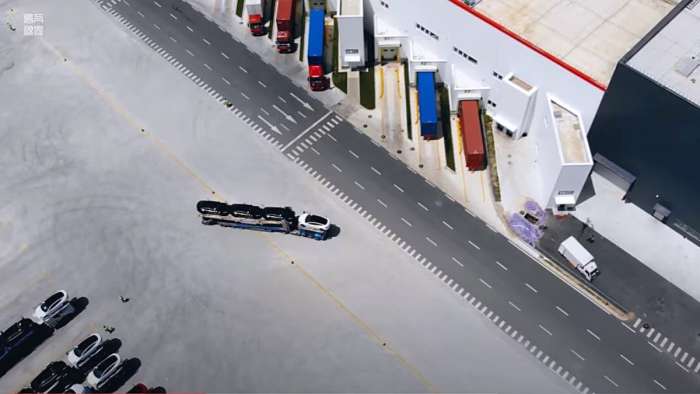 If you are a Tesla Model 3 Long Range RWD reservation holder in China, you may expect your news Model 3 EV to be delivered by Friday, May 15 local time.

The Chinese-language Tech Sina reports that Tesla has produced multiple Model 3 RWD Long Range vehicles at Giga Shanghai and those vehicles are ready to be delivered to their new EV owners. What is important about this report, is that by doing this, Tesla shows that it is ahead of the schedule beating expectations again.

Tesla was going to deliver the Made-in-China Model 3 Long Range RWD vehicles sometimes in June. But now, two sources confirm that Tesla has already produced the long-range RWD Model 3, and those cars either will be shipped within 24 hours of this writing or are currently being shipped. One of those sources is Tech Sina, which I referenced above and the second source is the Tesmanian, according to which "an inside source told Tesmanian that deliveries will start within the next 24 hours" of this article's publication.

Youtuber May Have Fixed The RWD Model 3 Delivery

In fact, a popular Giga Shanghai Youtube Wuwa may have captured the deliveries of the MIC Model 3 Long Range RWD in his latest video a screenshot from which accompanies this news report as an image.

This ramp by Tesla may indicate that the Giga Shanghai may have already reached the 4,000 unites per week production goal or getting very close to it. Otherwise, how would they beat their schedule and deliver the Model 3 Long Range RWD electric vehicles ahead of time?

Despite weaker Model 3 April sales in China, May sales have aggressively picked up at one point reaching to more than 1,000 daily Model 3 orders per day. This happened after Tesla significantly reduced the Model 3 price in China to meet the government's NEV incentive to stimulate the sales of electric cars in China.

Meanwhile, in the United States Tesla has reopened its factories in Fremont and Nevada. It appears that Tesla CEO Elon Musk has accepted the Alameda County's deal and has come to an agreement with the local government. However, the damage has been done between the relations of Tesla and the state of California, and Tesla has stated it wants to exit California.

Yesterday, Torque News learned that the governor of California Greg Abbott and Tesla's CEO Elon Musk have been holding conversations about Tesla's potential move to California. Check out the details of the communication in the video that I reported yesterday at Torque News Youtube channel.

Ok friends, thanks for reading. Let me know what you think about these developments and let's continue our discussion in the comments section below. If you are here for the first time, please subscribe to our Torque News Youtube channel for daily Tesla news as I report 5-6 Tesla news stories daily in our channel.