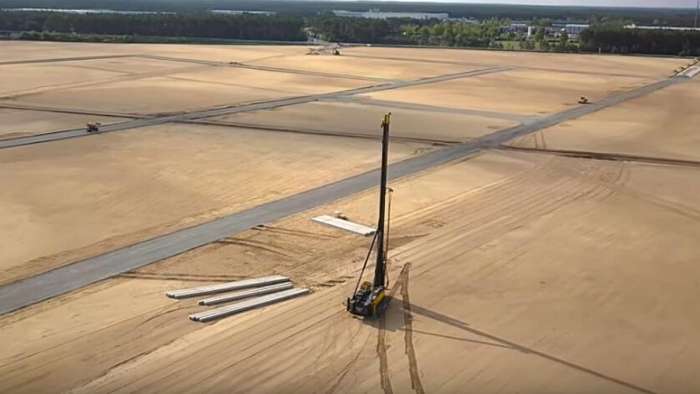 Tesla's Giga Berlin construction project reaches a milestone with a breaking development as Tesla brings the first Pile Driver and is apparently testing the ground by hammering the first pile into the ground.
Advertisement

Torque News friend from Grunheide Albrecht this morning wrote on his Twitter "the first piles were driven into the ground yesterday." He then took a very close shot with his drone giving Tesla's Giga Berlin foundation construction a 360 drone video treatment.

Thus, in the past four days, we have had the following breaking news developments at Tesla's Giga Berlin factory where Tesla plans to build 500,000 electric cars a year starting next year and starting with the Model Y electric crossover.

According to Wikipedia, "a pile driver is a device used to drive piles into the soil to provide foundation support for buildings or other structures. The term is also used in reference to members of the construction crew that work with pile-driving rigs. One type of pile driver uses a weight placed between guides so that it can slide vertically."

A pile is basically a long cylinder of a strong material such as concrete that is pushed into the ground to act as steady support for structures built on top of it. Pile foundations are used in the following situations: When there is a layer of weak soil at the surface. 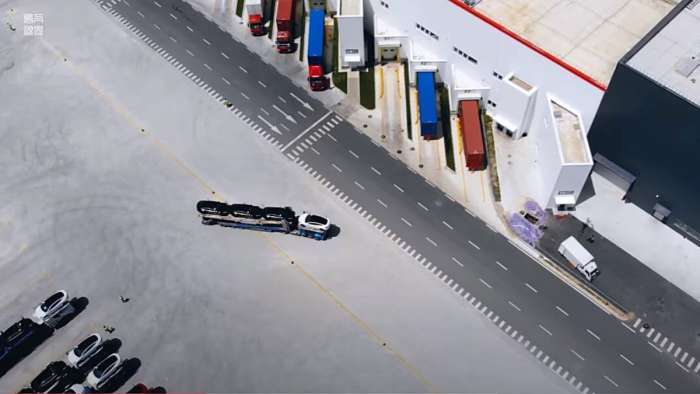 Meanwhile, at Tesla's other Gigafactory half-world away, at Giga Shanghai, the Phase 2 production is progressing well ad apparently Tesla is beating its own schedule delivering Made-in-China Long Range RWD Model 3 electric vehicles ahead of schedule. In the United States, Tesla has effectively resumed its operations at its Fremont main factory in California and at its Nevada Gigafactory.

Let us know what you think about this new "Pile Phase" of Tesla's Giga Berlin construction friends. Let's continue the discussion below, especially how long do you think it will take Tesla to finish constructing the foundation.