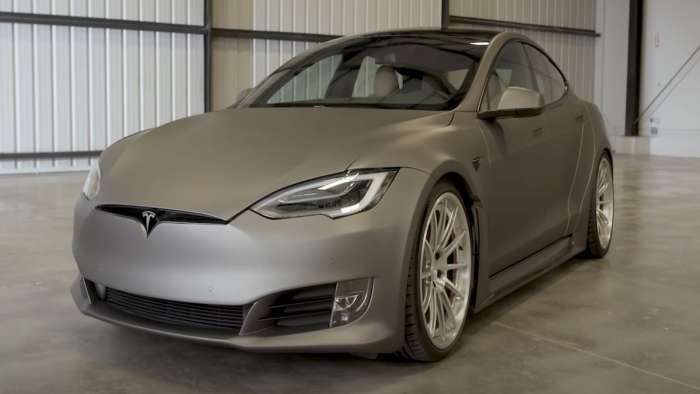 Tesla is now expanding in its product development and I think this expansion will continue. Tesla is expanding on their mission and I think in the future, we will see Elon Musk state a new Tesla mission.
Advertisement

"To accelerate the world's transition to sustainable energy"

I think this mission is going to broaden in the future and just be a sub item to an over-arching theme.

Tesla continues to produce cars and will likely produce around 850,000 vehicles this year. They continue to grow and expand a renewable energy, state of the art, and software-driven vehicle. Tesla's vehicles make life better for those driving them because they are efficient, safe, and will eventually be able to make their owners money by being a robotaxi.

In other news: Tight turns and saves worth watching.

Tesla energy is comprised of solar panels/solar roof, energy storage with batteries, and megapack for large installations. This allows one to run on renewable energy capture from the sun and to be able to handle grid blackouts. Lastly, one who owns Tesla PowerWall can feed energy back into the grid and get paid, or help stem blackouts when they occur.

In other news: Elon Musk suggests CyberTruck delay to H2, 2022.

Tesla AI is allowing cars to drive themselves. Even though Tesla vehicles are not yet fully autonomous, I believe they will be in a couple years time. The AI will become better than a human and then super human. I'm not sure we know what this is really going to entail. Tesla's AI won't stop at driverless cars. They are going to take it into other form factors.

Tesla AI will help humanity by doing tasks that are dangerous and repetitive, freeing up our time and lives to do more creative things.

In other news: Model Y draws spectators in Europe.

Tesla unveiled the Tesla Bot, which is designed to do dangerous and repetitive tasks. I believe the Tesla Bot will also be able to converse and be a friend to you.

With the Tesla Bot able to do repetitive and dangerous tasks, human time will be freed up and lives will be saved. With the Tesla Bot being a friend and helping take care of people, people will have a greater chance to be happy, heard, and understood.

When you put all of these together, you get more than just creating electric cars. You get electric cars that can drive themselves and make their owners money. You get energy storage that can be a backup and make their owners money. You get robotics and a robot that can save you time and energy or be a friend. You get AI that will advance to superhuman levels and be able to solve complex situations.

Tesla's new mission in the future will be:

It sounds cliché. It sounds like what every person would like to do. But there are few people and companies in the world that can actually do it and Elon Musk and Tesla are it.

What do you think about Tesla's current mission and new proposed mission? Will this be it, or will their mission stay the same as it is now?