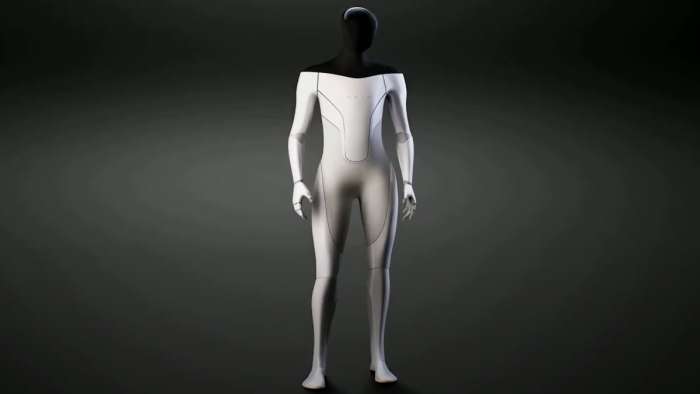 Tesla Bot - What I'd Use It For

Tesla recently unveiled their Tesla robot. It's expected to have a prototype ready in 2022. There's been a lot of talk what to do with this robot, but here are the main things I'd like to use it for.
Advertisement

Tesla Bot has stirred up a lot of interest with many people seeing it as a trillion dollar opportunity, while others saying it is a distraction from Tesla's mission.

When I saw Tesla Bot unveiled, I was excited. As I've thought about it more, here's the things I'd like to use it for:

If the Tesla Bot is equipped with Tesla's FSD hardware and cameras, can it get good enough to drive a vehicle by itself? If so, this means it could go into any car, with or without FSD, and drive it autonomously. It could be a personal chauffer or drive your car like an Uber for other people. I would use it this way.

I would also use Tesla Bot to do the things I hate doing around my house. Those things are:

The biggest question is how fast will Tesla Bot be able to learn to do these tasks well? I think for someone's home, the Tesla Bot will need to map the entire home and know where everything is as well as be trained on how to do all of these tasks. I think we're many years out from it having the processing power to be able to do multiple tasks well.

I don't think many people are thinking about using Tesla Bot as a friend or roommate, but I think this will be a viable option for people who want someone (something) to talk to. As neural nets get more powerful, the Tesla Bot will eventually be able to have a conversation with you.

By 2029 and beyond, it is predicted that the Turing Test will be passed, which means it will be hard to distinguish between human or not when interacting with a robot.

Even though it probably won't happen in the next few years, eventually, the Tesla Bot will be able to converse as a human and eventually, much better than a human and in all languages and be trained in skills like awareness, empathy, etc...

I think Tesla Bot can also be trained to play catch with a ball. This would be a fun use for those wanting someone to play games with. I can see Tesla Bot being able to play ping pong as well. I have a ping pong table where I live and it would be fun to be able to play Tesla Bot and be able to tune Tesla Bot to a difficulty setting to play against.

I think as time goes on, the Tesla Bot will be able to do things like warehouse work, construction, knitting, tailoring, surgery, filing paperwork, mundane data entry/desk job type work, be a receptionist, etc...

Tesla will also need to have safeguards on the Tesla Bot. It should not be able to be trained to use weapons, guns, or anything that would cause harm to another. In theory, a neural network could be created to do these things, so there should be strict settings in place to prevent this.

The question that remains is if a Tesla Bot can do all of this manual and even expert level work, what meaning do we as humans have if we don't have labor to perform? That is a question for another day!

These are the main uses I'd use the Tesla Bot for. What are some uses you would use it for? Is it a good idea for Tesla to be making this?

Meh wrote on August 29, 2021 - 11:29pm Permalink
Assuming the slim chance the Tesla Bot is not a joke, hoax or vaporware fraud, its obvious real purpose is to replace human truck drivers much sooner than would be possible waiting for all the old diesel trucks to be replaced with fully autonomous Tesla Semis.